A Bridge over the Stour (New ‘Fen’ Bridge)

You are here: Home > A Bridge over the Stour (New ‘Fen’ Bridge) 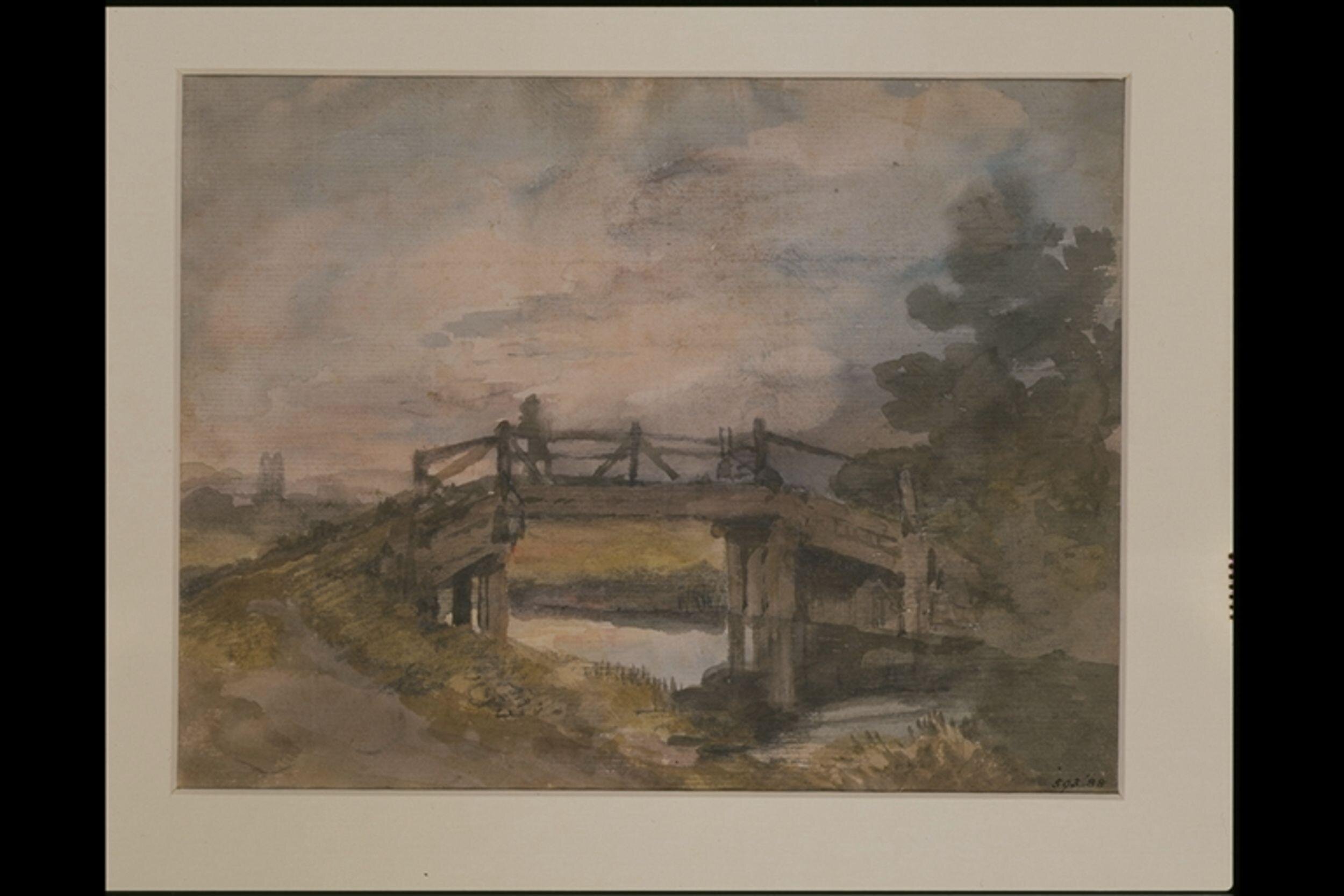 39 A Bridge over the Stour

A Bridge over the Stour (New 'Fen' Bridge)

As a young boy, Constable's regular route to the Grammar School in Dedham would bring him down Fen Lane, along the narrow woodland path that forks right to the river meadows and over Fen Bridge.

After leaving Dedham Grammar School, Constable spent a number of years working in his father’s mill on East Bergholt Heath, requiring him to observe the skies to predict the wind conditions to trim the sales. He would spend hours sketching clouds and referred to these often as his ‘Skying’ lessons which developed his skill in the creation of the perfect cloud formation.  This discipline proved invaluable with his ability to paint the Suffolk sky, and for which he became famous in adult life.

Constable's early style has many qualities associated with his work. Colour and touch and freshness of light reveals the compositional influence of the old masters he had studied, in particular Claude Lorrain. It was rare, however, for Constable to paint in watercolours in this period, and it was not until after the death of his wife Maria that watercolour became his medium of choice.

Soon after exhibiting his first paintings at the Royal Academy in 1802, Constable wrote to his close friend John Dunthorne*

‘I shall shortly return to Bergholt where I shall make some laborious studies from nature... there is little or nothing in the exhibition worth looking up to – there is room enough for a natural peinture’

In 1805 Constable produced the 'H.M.S Victory' at the Battle of Trafalgar and ‘A Landscape: Moonlight’ which he exhibited at the Royal Academy. That same year he was engaged to paint a piece for a country church in Brantham, which according to an unpublished entry in the diary, it is believed this picture was probably that said piece.

* John Dunthorne (Senior 1770-1844) grew up in the cottage next door to Golding Constable’s East Bergholt House (Constable's family home) and as young boys he and Constable formed a friendship and often sketched together.

Six years older than John Constable, Dunthorne, also an artist as well as glazier, local plumber and village constable albeit he was also a bit of a scallywag.

Sadly John Constable's mother did not approve of her son's friendship with Dunthorne, and in the years to come nor did Rev Dr Rhudde, Rector of East Bergholt, and his grand-daughter Maria Bicknell whom John went on to marry.  Both Constable's mother and Maria considered Dunthorne too low in social class to be worthy of John's time and company.

Dunthorne married and went on to have 4 children of which a son John Dunthorne Junior also has a significant connection to Constable.

Johnny Dunthorne Junior (1798-1832) was also a keen painter and as a young man of 21 drew the outline of a harvest wagon (Haywain) on a cold February morning and sent the sketches to John Constable who at this time was living in London.

Due to his artistic ability be went on to become Constable's apprentice and joined Constable in his London studio in 1824.

Dunthorne, a serious painter and engraver, picture cleaner and restorer, was also responsible for the preliminary stages of Constable's studio painting and occasional ‘replicas’

Dunthorne Cottage, home of John Dunthorne Senior,currently serves as the Bakery in the village.