A cart on the lane at Flatford

You are here: Home > A cart on the lane at Flatford 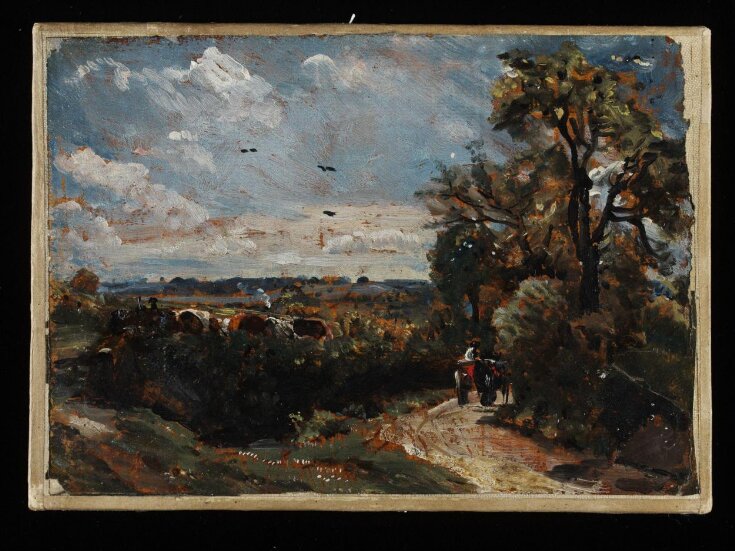 79 A cart on a lane at Flatford

A cart on the lane at Flatford

1811 was an eventful year for Constable, with his mother asking him to paint a watercolour of Bergholt Church for Dr Rhudde, spending March at Epsom for his health, visits and correspondence with Joseph Farington* and Maria leaving for a stay at Bewdley, Worcester with her widowed half-sister.

By the mid part of the year Constable's friends worried by the effects the separation from Maria, and by November/December Maria writes asking him to cease thinking of her and to forget that he ever knew her. He takes a coach to Worcestershire and is well received and on his return their correspondence continues.  However at the close of the year his father writes – regrets his too great anxiety to excel and thinks that he makes too serious a matter of the business of painting!