A cottage in a cornfield

You are here: Home > A cottage in a cornfield 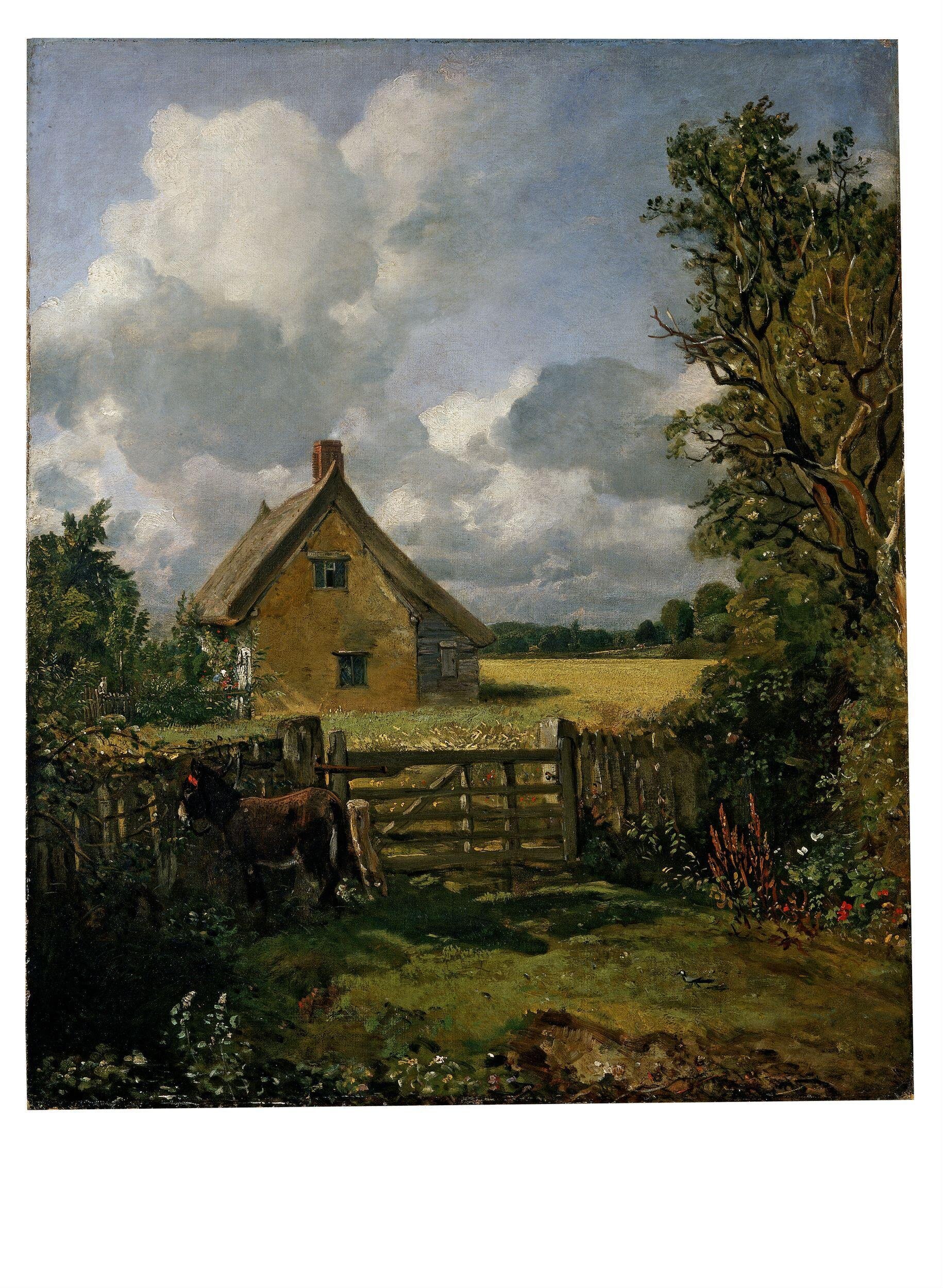 41 A cottage in a cornfield

A cottage in a cornfield

Cottage in a cornfield with a donkey in the foreground.

Constable had exhibited a similar composition at the Royal Acadamy in 1817, an unfinished piece and of which the finished dimensions were similar.

Based on a life study of a donkey done in December 1815, this piece does not look similar to his other 1830’s work and it had been presumed that it had been painted many years earlier and brought out when Constable needed to support ‘Englefield House’ with other works at the Royal Acadamy this year.

It is questionable that Constable would have been permitted to show in 1833 even a replica of a painting previously exhibited there as, although it is tempting to associate the 1817 and 1833 exhibits, the possibility that the form was altogether a different composition should be borne in mind.

The Cottage, owned by Mr Venables at the time and of whom Constable asked for a price of  20 guineas for the painting, was at the bottom of Fen Lane and was pulled down C1885.