A river scene with a farmhouse near the water’s edge

You are here: Home > A river scene with a farmhouse near the water’s edge 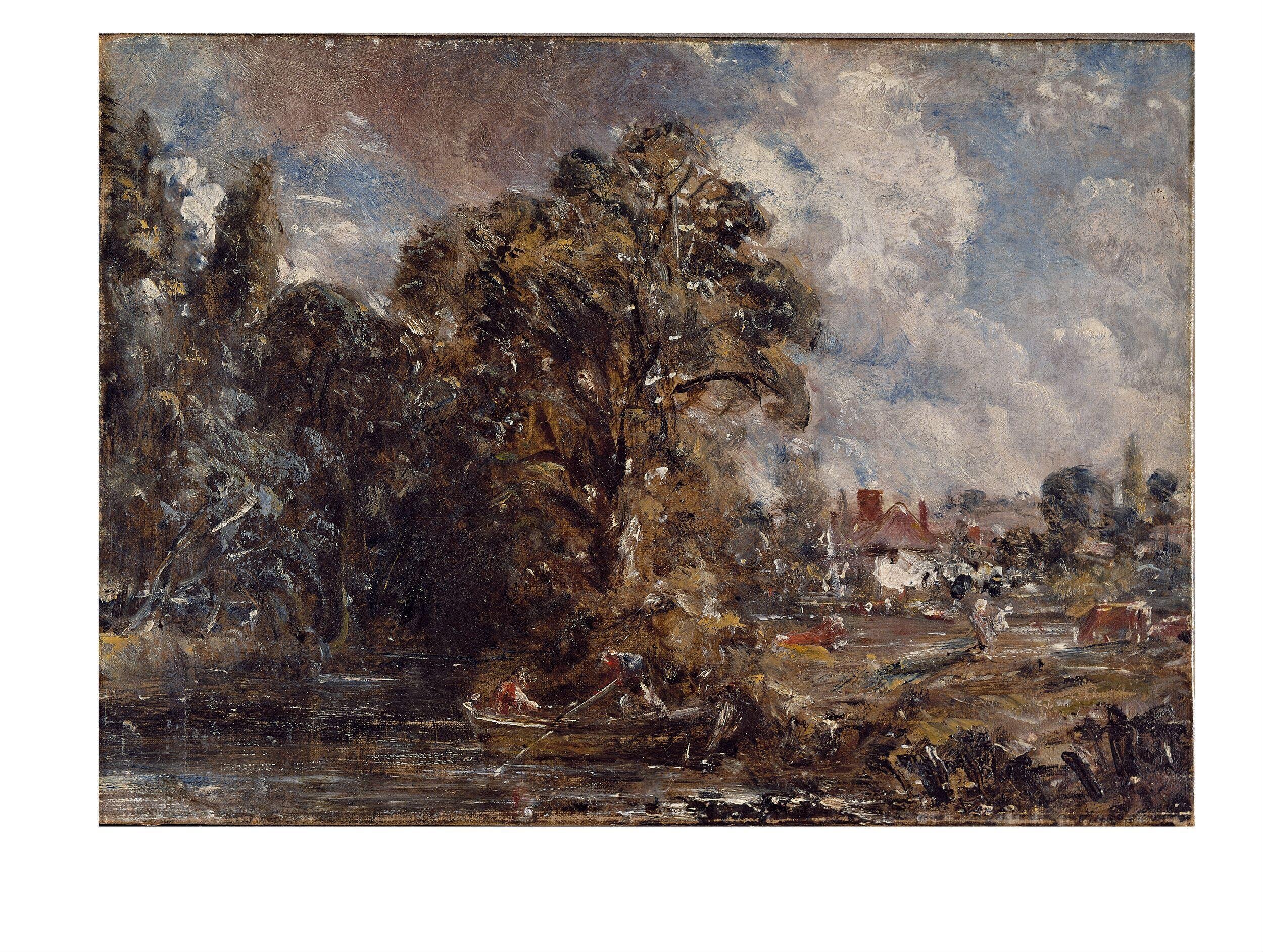 A river scene with a farmhouse near the water's edge

River scene with figures and a boat, trees and a cottage.

Inscribed in ink on the reverse in what is thought to be Isabel Constable's hand, over a half-erased ink inscription: ‘Dec. 27.41 (?) The erased part has been read as ‘the Farm)

In these last few years Constable appears to have made a number of studio sketches such as this, the subjects of which had occupied him since his youth, river scenes, cottages and landscapes.  Why such sketches were made is not clear as none seem to be preparatory studies for known finished paintings.

*Isabel Constable was the last surviving daughter of the painter and she gave the contents of her father’s studio to the Victoria & Albert Museum, making them the principal collector of Constable's work which included 395 oil paintings, sketches, drawings, watercolours and sketchbooks.