You are here: Home > A view on the Stour 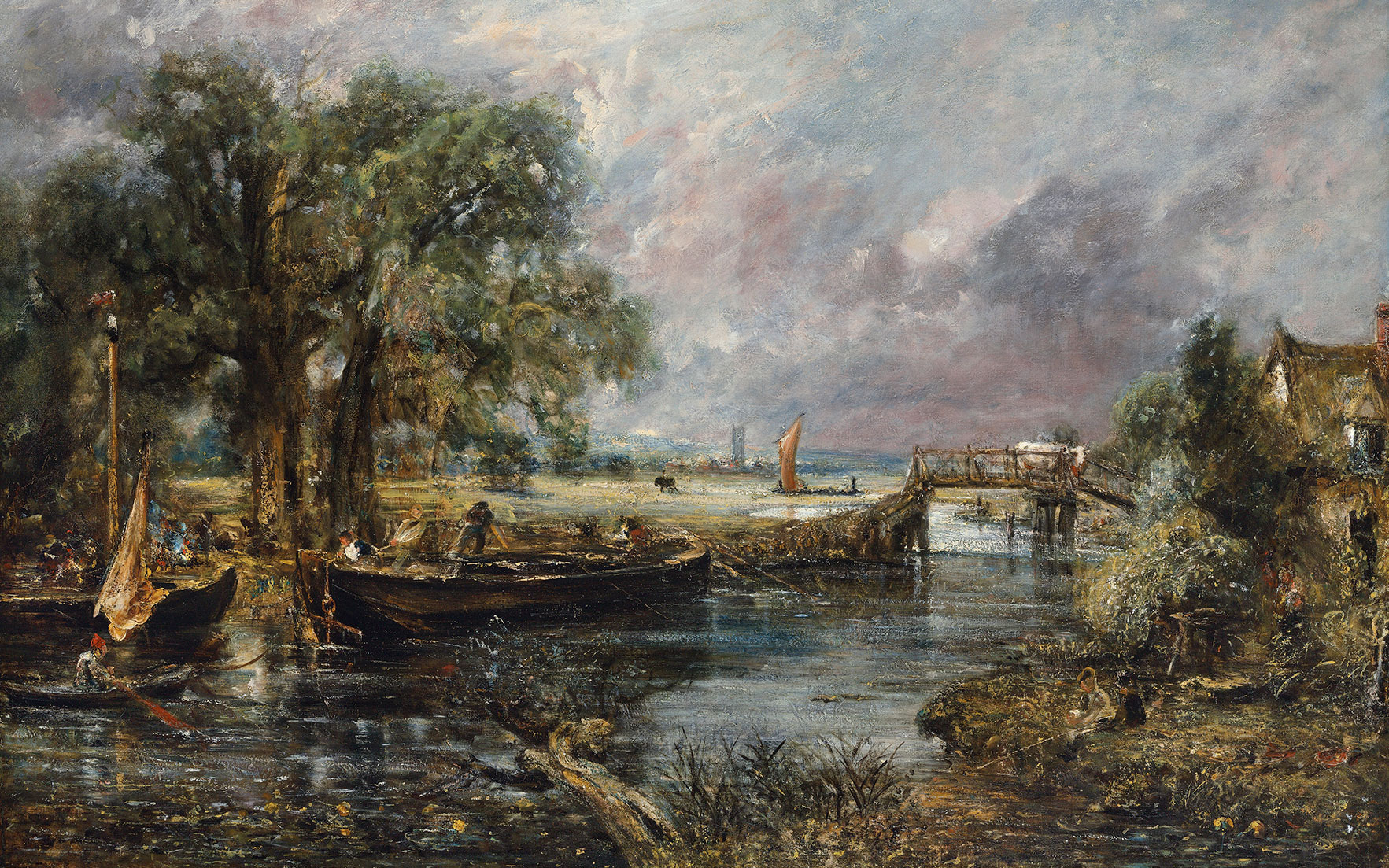 A full scale working piece in preparation to ‘A view on the Stour near Dedham’ produced the same year, Constable's fourth work in his ‘Landscape’ collection.

The final part of what has become known as the ‘six-footers’ which included the better known works including ‘The White Horse’ 1819, ‘The Haywain’ 1821, ‘The Lock’ 1824, ‘Leaping Horse’ 1825, and the sixth being further up stream at Stratford (Stratford Mill 1820). These went on to be exhibited at the Royal Academy and The British Institute in 1824 where they were sold to Arrowsmith and subsequently exhibited in France at the Paris Salon.

This working sketch having been in a private collection for more than 40 years, was last sold at Christie's in 2016, its current location unknown.

Kenneth Clark, Director of the National Gallery from 1934 to 1946 described Constable's celebrated series of full-scale sketches as ‘the greatest thing in English Art’ and it would seem these are unique to the artist.