Approach to a lane at East Bergholt

You are here: Home > Approach to a lane at East Bergholt 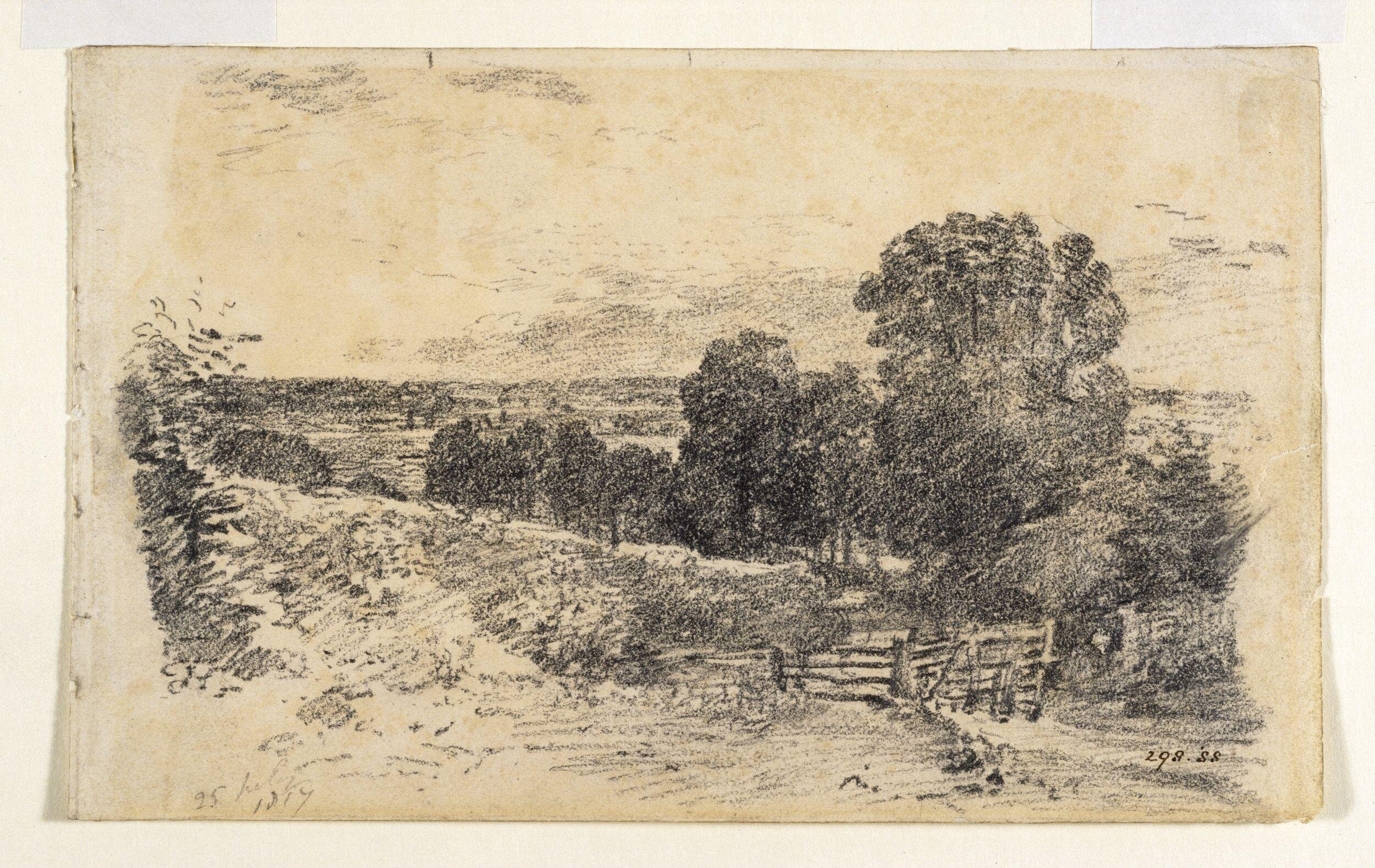 33 Approach to a lane at East Bergholt

Approach to a lane at East Bergholt

A view of Fen Lane from Flatford Lane in pencil.

This was the last year that Constable painted in the vicinity of East Bergholt, having taken a house in Charlotte Street in London in the June of this year, so Constable spent his time mostly beginning canvases outdoors to be finished in his London studio.

This pencil sketch is inscribed by Constable ’25 July 1817’

*Isabel Constable was the last surviving daughter of the painter and gave the contents of her father’s studio to the Victoria & Albert Museum, making them the principal collector of Constable’s work which included 395 oil paintings, sketches, drawings, watercolours and sketchbooks.