You are here: Home > Barge Below’ Flatford Lock 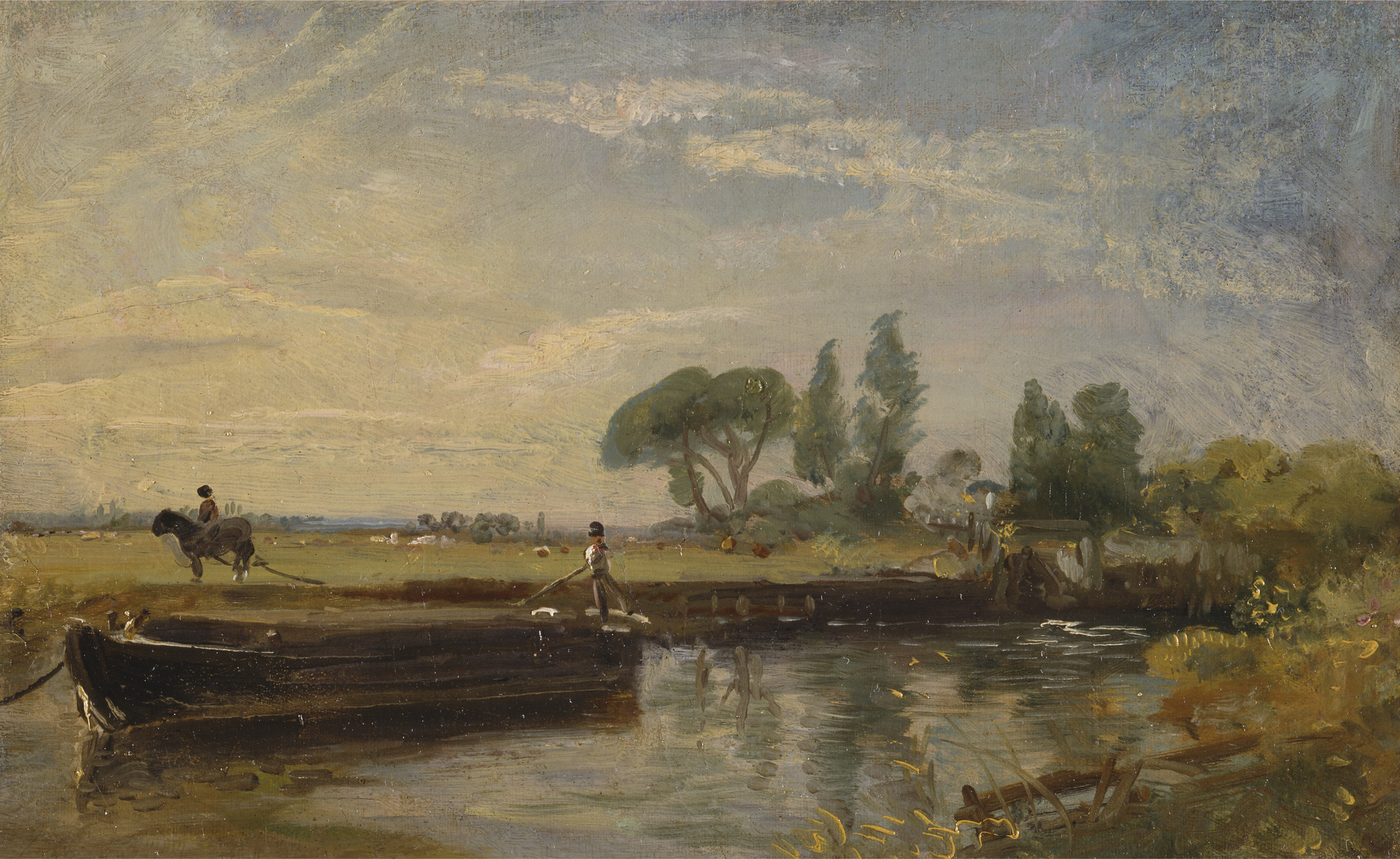 A barge near the lock, a view from the mill pond end.

Constable has used the white highlights to illuminate the water moving and to give the impression of sunlight reflecting in the image.

Another way in which Constable distinguished himself from other painters of the Romantic period was the use of vibrant colour, strong sweeping brush strokes applying thick layers of paint to create a more realistic sense of light and movement.

Although Constable produced numerous ‘finished’ sketches for the picture market and patrons of The Royal Academy, never satisfied with following a formula, he once wrote, ‘no two days are alike, nor even two hours: neither were there ever two leaves of a tree alike since the creation of all the world: and the genuine production of art like those of nature are all distinct from each other’