You are here: Home > Boat passing a lock 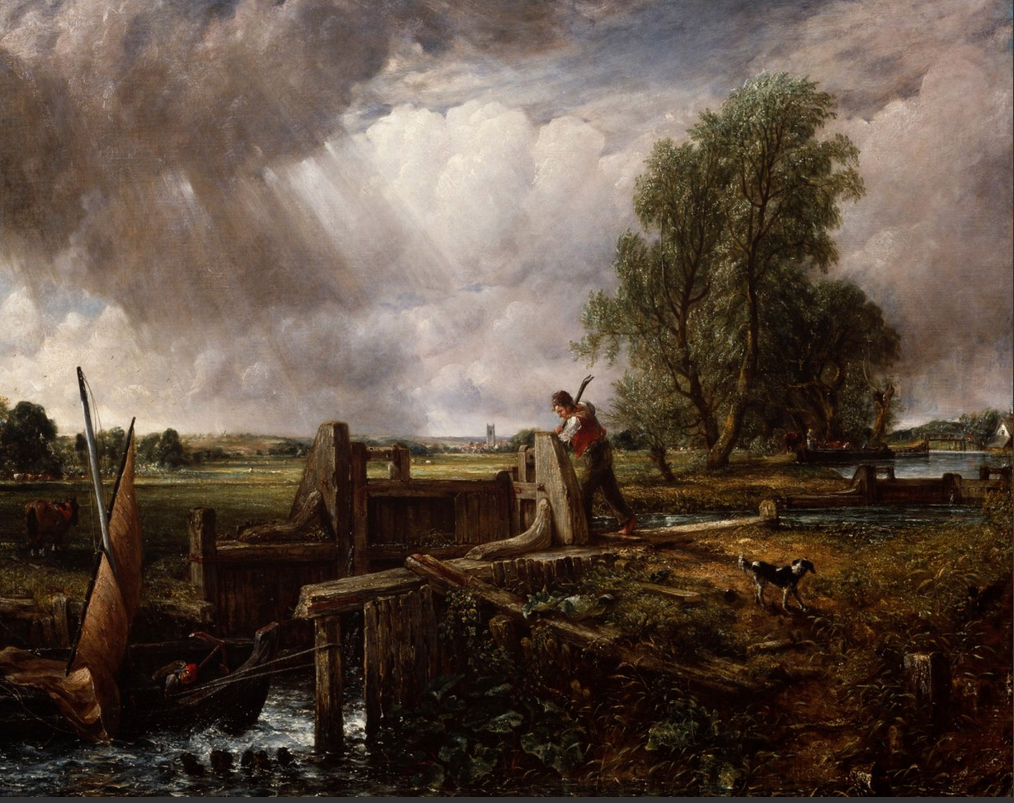 {"type":"FeatureCollection","features":[{"type":"Feature","properties":{"post_type":"constable-painting","postid":1272,"title":"Boat passing a lock","excerpt":"Boat ascending the River Stour, tied to a post while the lock keeper lowers the level so it can enter the chamber.The Lock is that of Flatford, looking westwards towards Dedham Church visible in the distance, with the background to the far right Flatford Bridge.","highlight":"yes","index":62},"geometry":{"type":"Point","coordinates":[1.02154,51.95849]}}]}

Boat ascending the River Stour, tied to a post while the lock keeper lowers the level so it can enter the chamber.

The Lock is that of Flatford, looking westwards towards Dedham Church visible in the distance, with the background to the far right Flatford Bridge.

Constable submitted this piece to the Royal Academy for his Diploma work when at the time the owner of the painting, his friend, James Carpenter, agreed to return the picture to Constable on the condition he deposited 100 guineas with Sir C. Scott’s banking house as a guarantee that he would paint a picture of the same size by June 1830. On 15 February 1830 he wrote to Carpenter: ‘if’ ‘your wood’ is not finished by the exhibition – I will hang my–self on one of the trees!!! Your Heath is likewise began’ (Beckett IV, 1966, p. 141). Just before the artist sent the picture to the Academy, Constable wrote to Carpenter saying he would not give him the promised painting after all and forfeit the 100 gineas.

This composition is a variation of one of Constable's Landscape series known as the ‘six-footers’, The Lock produced the following year