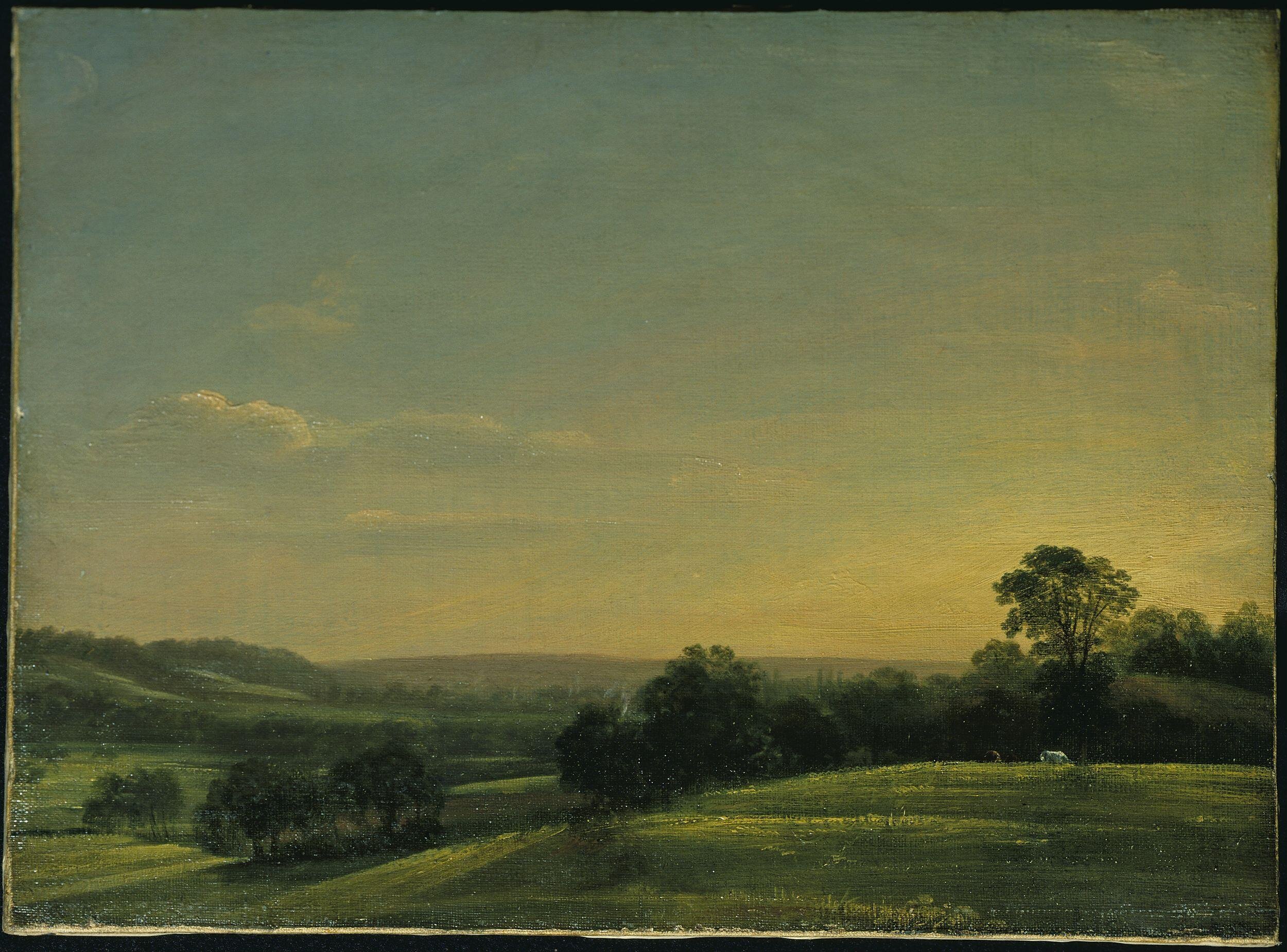 {"type":"FeatureCollection","features":[{"type":"Feature","properties":{"post_type":"constable-painting","postid":1584,"title":"Dedham Vale evening","excerpt":"This view up the Stour valley towards Stoke-by-Nayland with Langham just out of sight on the left, believed to have been painted behind West Lodge, home at the time to dear friend and elderly neighbour Mrs Sarah Roberts.","highlight":"yes","index":82},"geometry":{"type":"Point","coordinates":[1.01165,51.96921]}}]}

This view up the Stour valley towards Stoke-by-Nayland with Langham just out of sight on the left, believed to have been painted behind West Lodge, home at the time to dear friend and elderly neighbour Mrs Sarah Roberts.

Constable painted from as early as 1799 around the grounds of West Lodge including ‘Summer Evening’ 1811 which gives an almost identical view in which Constable said epitomised a summer's evening in the English landscape.

1802 was also the first year Constable exhibited at the Royal Academy, his entry at the time called ‘A Landscape’.  However this exact painting has not yet been identified.  He also refused the position of drawing master at Great Marlow Military College (now Sandhurst) as he steadfastly insisted that he wanted to be a professional painter, not an instructor.

His compositions were clearly dictated by what he saw in front of him, the nature of the English landscape, the rural pastures of with which he had grown up, using symmetrical compositions and scenes that focused perhaps on water such as the River Stour, or on buildings such as a mill, church or cottage, or a valley.

*Isabel donated most works she had inherited to the Victoria & Albert museum which consisted of 297 drawings and watercolours, and 92 oil paintings.