You are here: Home > Dedham Vale 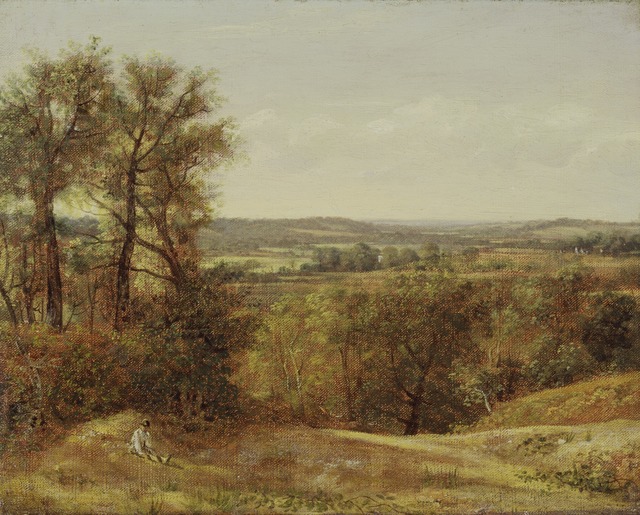 A view from Flatford Lane over the valley to Dedham, with Dedham Church clearly to the centre.

Produced in the same year and style as ‘Willy Lott's House’, 1802 was also the first year Constable exhibited at the Royal Academy, his entry at the time called ‘A Landscape’.  However this exact painting has not yet been identified.  At this time he also refused the position of drawing master at Great Marlow Military College (now Sandhurst) as he  steadfastly insisted he wanted to be a professional painter, not an instructor.

His compositions were clearly dictated by what he saw in front of him, the nature of the English landscape, of rural pastures he had grown up with, using symmetrical compositions and scenes that focused on water such as the River Stour, or on buildings such as a mill, a church or cottage, or a valley.