You are here: Home > East Bergholt Church from the South West 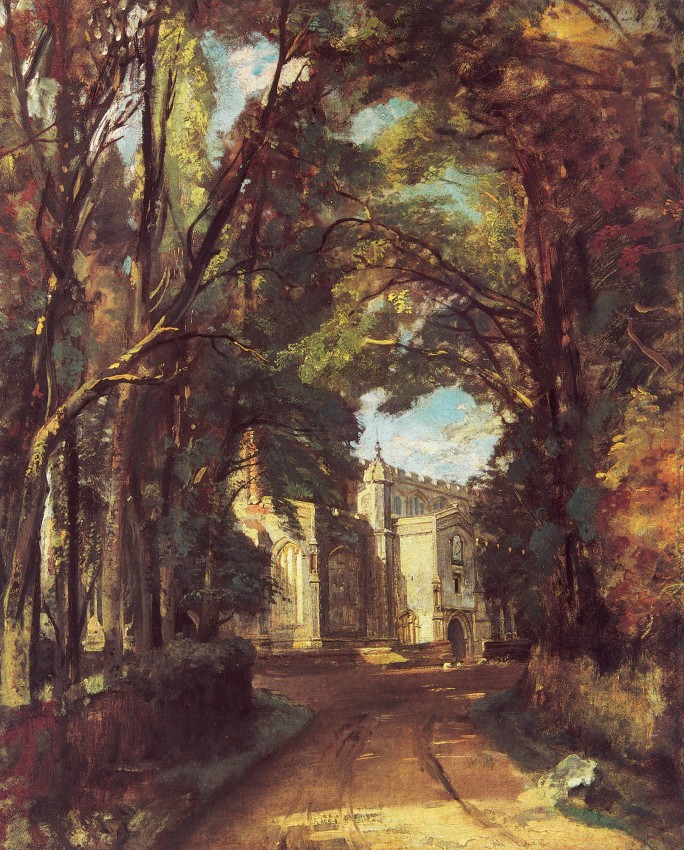 A tree lined view of the porch of East Bergholt Church from the South-west.

Believed to possibly be one of the two unidentified landscape studies exhibited by Constable at the Royal Academy the following year, its ambitious size gives support that the size and nature was to impress the friends to whom he may have shown it in 1817

Adding a strip to the canvas along the left hand edge enabled the artist to paint over, a fixed label on the back reads ‘from the collection of Lady Bradford, Manchester Square, London.  (Lady Bradford W.A.H. Harding Trust: Christie's 16 March 1984 (42) bought for the gallery.

One of which, a smaller pencil sketch 18.6x11.5cm, now held in a private collection and inscribed possibly by the artist in the lower left hand corner – E.B.Church 12 M.L.C, has such a similar view it has been questioned if it was painted on the same visit in 1817.