You are here: Home > East Bergholt Church ruined tower at the West End 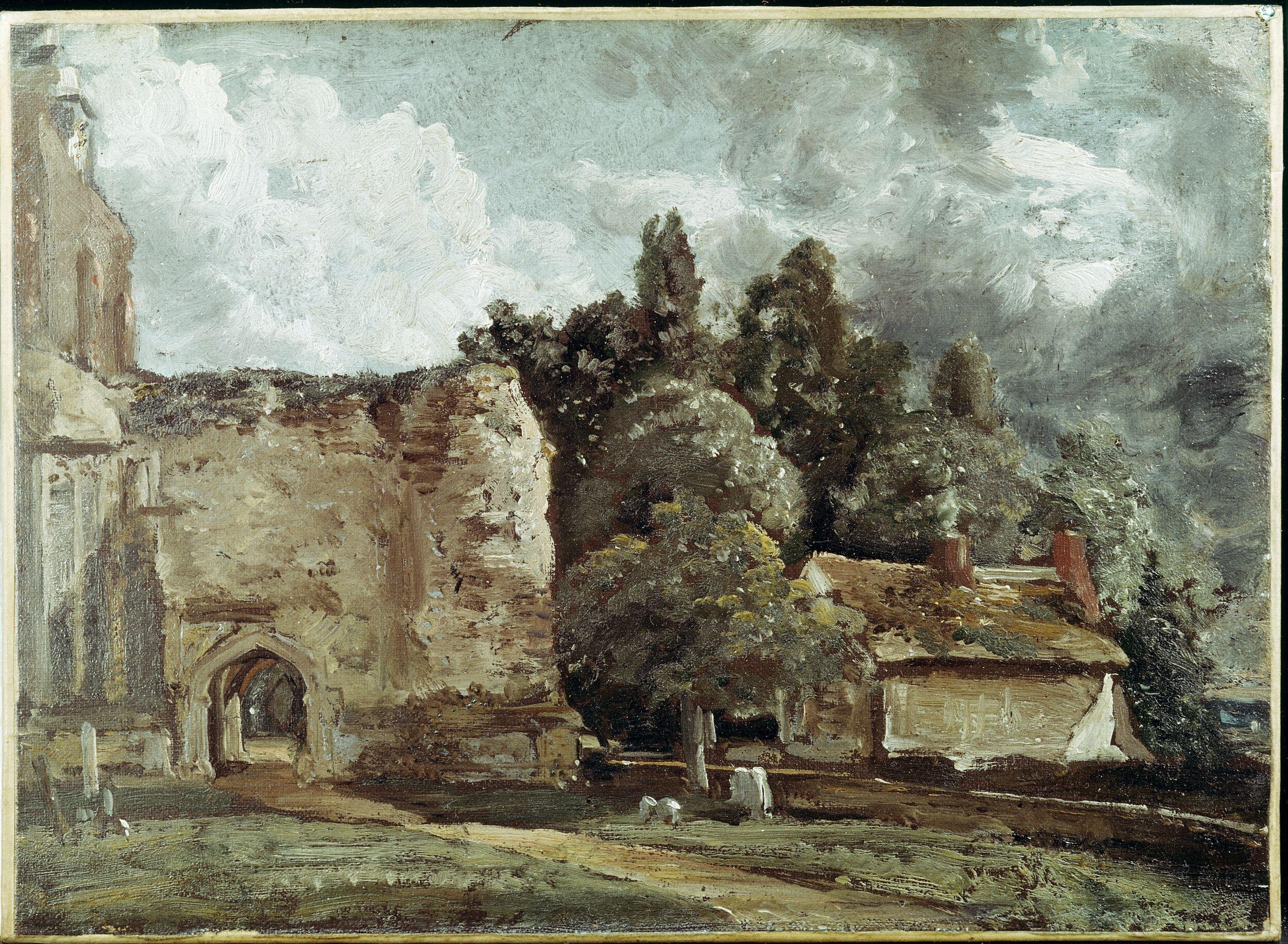 Although the exact year is unknown, this sketch depicts the ruined tower at the West end of St Mary's Church, East Bergholt.

In 1811 Constable exhibits at the Royal Academy two works: ‘Twilight’ and ‘Dedham Vale Morning’.  He visited East Bergholt in the spring to pursue permission from Maria Bicknell’s father to write to her from the October, the continuation of a seven year courtship.

It was also the same year that Constable first visited Salisbury in the autumn, and was probably the occasion of his first meeting with John Fisher, Bishop of Salisbury, who became Constable's biggest patron and closest friend.

Interestingly the cottage shown to the west of this sketch was demolished around 1817 when smallholdings around the village took advantage of ‘enclosure’ and the boundaries were adjusted around the Church and its neighbours Old Hall and West Lodge (or ‘Stour’ as it is known today).

Donated to the V&A by Isabel Constable, daughter of the artist 1888*

*Isabel Constable was the last surviving daughter of the painter and gave the contents of her father's studio to the Victoria & Albert Museum, making them the principal collector of Constable's work which included 395 oil paintings, sketches, drawings, watercolours and sketchbooks.