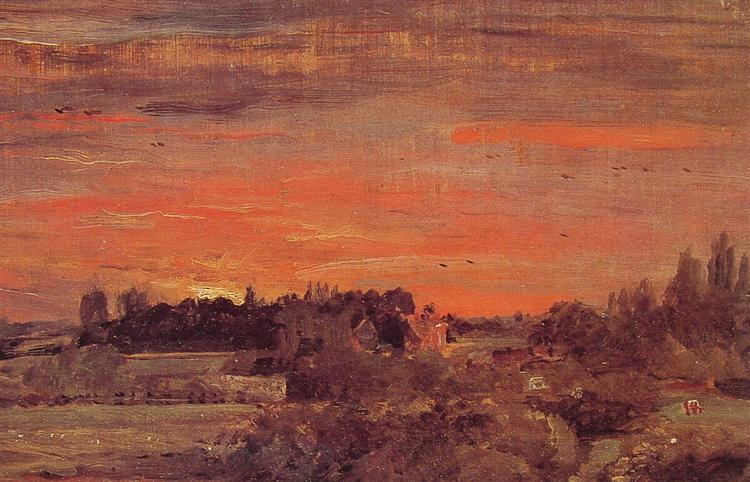 Constable painted several oil sketches of the view towards East Bergholt Rectory, over the fields that he loved.

This lively impression of the rising sun glowing over the fields from an upper floor window at the back of East Bergholt House, his family home, expresses with energetic brushstrokes and the intense use of reds and greens capturing elements of the weather, landscape and sky.

Constable admitted himself to having a ‘vanguard’ style of work using broad brushstrokes which at the time was frowned upon by The Royal Academy.   However this technique went on to be developed by the Impressionists of the late 19th | early 20th Centuries.

During this period Constable's parents preferred him to paint portraits, a far more lucrative practice,  but from 1808 he had returned to open air painting in oils and which he continued throughout his career,  often creating modestly sized exhibition works in his London studio.