You are here: Home > Elm Trees in Old Hall Park 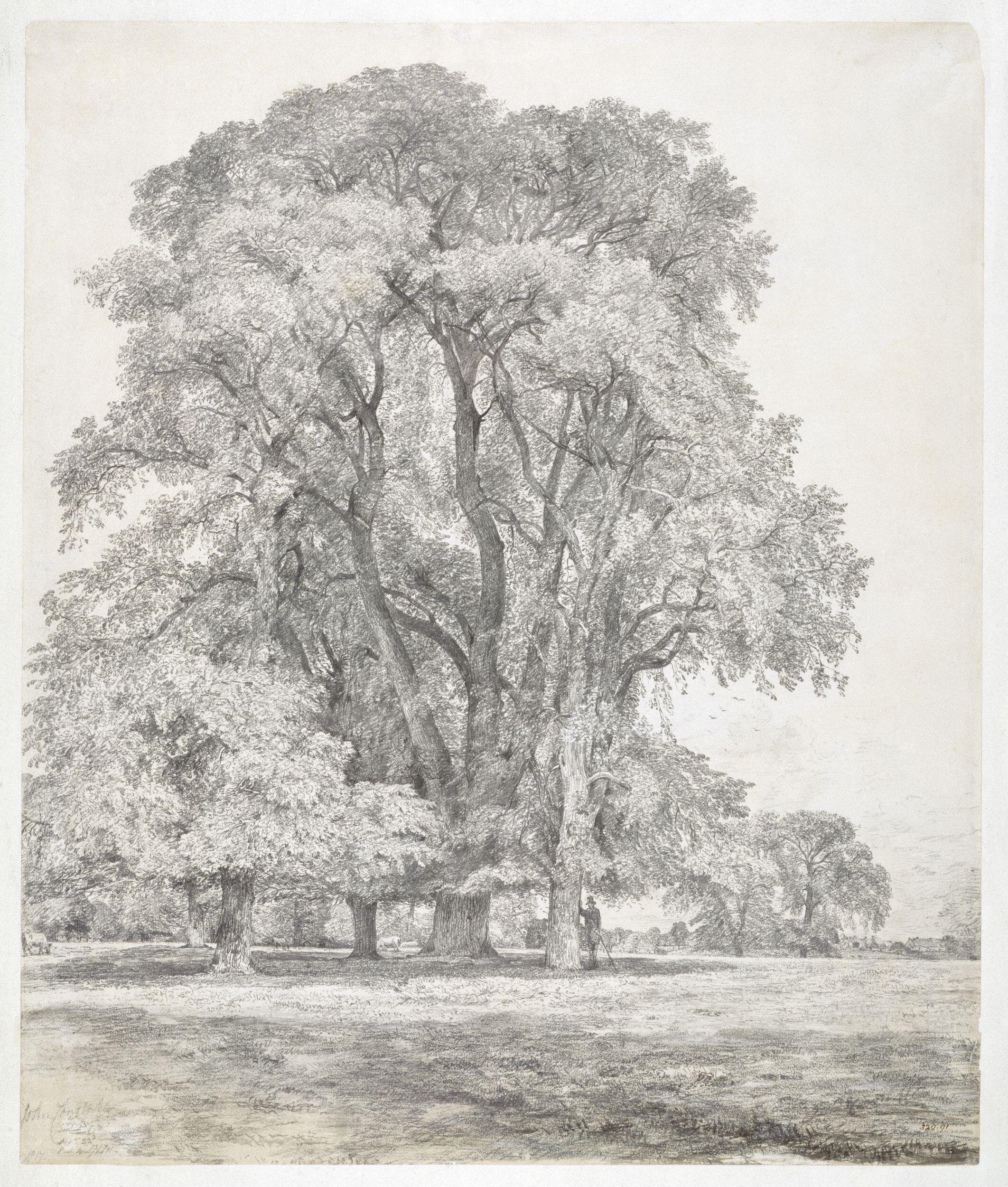 Inscribed in pencil by the artist Octr 22d 1817 This noble Elm-Stood in the Park of Peter Godfrey Esq-called ‘Old Hall’ Park at East Bergholt. Sadly the Elm was blown down in April 1835

After their marriage in 1816 Constable and Maria settled in London. In the summer and autumn of 1817 they holidayed at East Bergholt, where Constable made many oil sketches as well as this meticulous drawing of English elms in Old Hall Park. Inscribed ‘Octr 22nd 1817’, this is the last dated work he made in Suffolk that year. It was probably mostly drawn in front of the motif.

Elm trees in Old Hall Park, East Bergholt is a very beautiful finished drawing, which Constable showed at a Royal Academy exhibition 1818. It is one of a group of particularly detailed works that he made in the middle of his career, including The Wheatfield 1816 .

Constable made many studies of trees, including Study of an ash tree, 21 June 1823 , but none show the extent of his powers of draughtsmanship demonstrated in this work. As Leslie Parris and Ian Fleming-Williams point out, in technique it is one of his more complex drawings. For the trees Constable used two pencils of different degrees of hardness – a relatively hard one to create a silvery grey tone, and a softer one for the dark tones. It is the interplay between these two tonalities that gives the drawing its remarkable luminosity. The foreground is enlivened with touches of grey wash and white (Tate 1991, pp. 436–37).

During a visit to East Bergholt in October 1819, Constable wrote to Maria: ‘There is a sad ravage made with the trees, owing to the wind and weight of snow hanging on the foliage – one would think there had been a battle of Waterloo in Mr. Godfrey’s park’ (Beckett II, p. 254). Many years later he wrote on the back of this drawing: ‘This noble Elm … was blown down April 1835. it broke even with the ground.’

Constable had been commissioned to paint Old Hall in 1801 when it belonged to John Reade. He became friends with the new owners, Peter Godfrey and his wife, who purchased Old Hall in 1804. He painted a view of the Stour Valley for their daughter, Philadelphia, for which The Stour Valley and Dedham Village 1814 was a preparatory study.

This noble Elm that was blown down in 1835 was described at the time by the artist as ‘it broke even with the ground – it measured when standing 10xd and lost the large arm on the right.

On the verso is the following in another hand – ‘The above is the handwriting of John Constble RA (who made the drawing) – Purchased at the sale of his pictures and drawings, at Fosters in – Pall Mall. 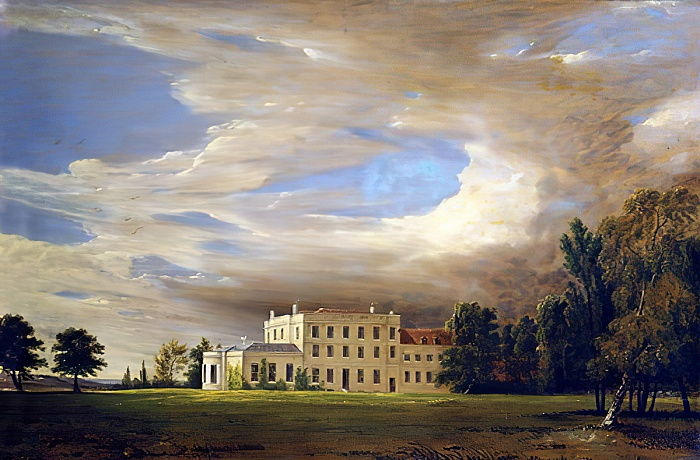