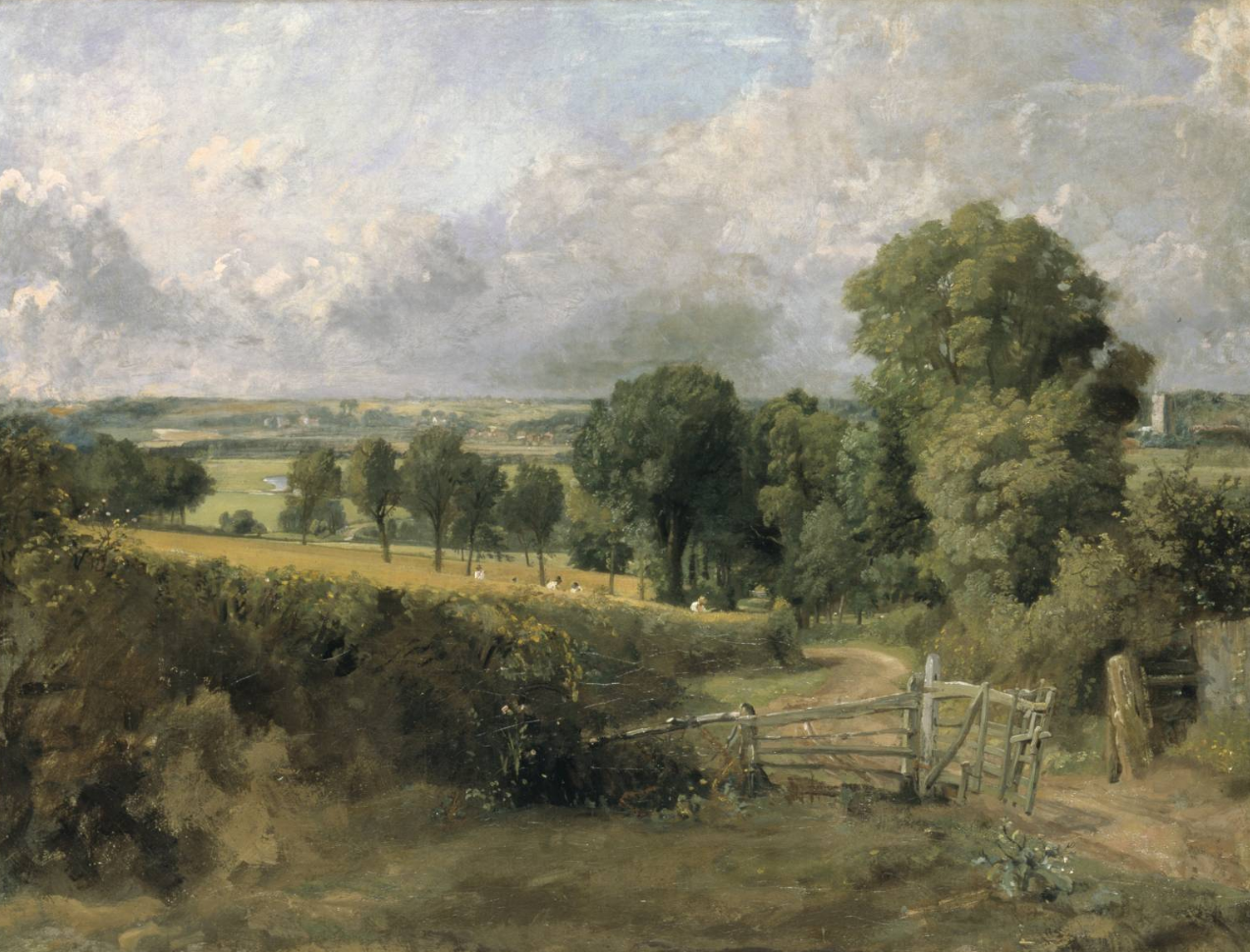 The approach to Fen Lane from Flatford Lane.
Painted in the vicinity of East Bergholt during a long holiday Constable and his wife Maria took in East Bergholt in 1817. This was the last oil painting he executed directly on site.

This was the last year that Constable painted in the vicinity of East Bergholt, having taken a house in Charlotte Street in London in the June of this year, so Constable spent his time mostly beginning canvases outdoors to be finished in his London studio, including both this piece and ‘Cornfield’ 1817.

Fen Lane, the track that leads from Flatford Lane down to the river, the route Constable would have walked as a boy each day to the grammar school in Dedham.

It would appear that some parts of this canvas have been painted to a lesser degree of finish, perhaps as a result of working between both East Bergholt and the artists’s Charlotte Street address.

Purchased with assistance from the National Lottery through the Heritage Lottery Fund and Art Fund (with a contribution from the Wolfson Foundation) with additional assistance from Sir Edwin and Lady Manton and Tate Members in memory of Leslie Parris, Deputy Keeper British Collection and Senior Research Fellow Collections Division 1974-2000, and from the bequest of Alice Cooper Creed, 2002