You are here: Home > Fen Lane 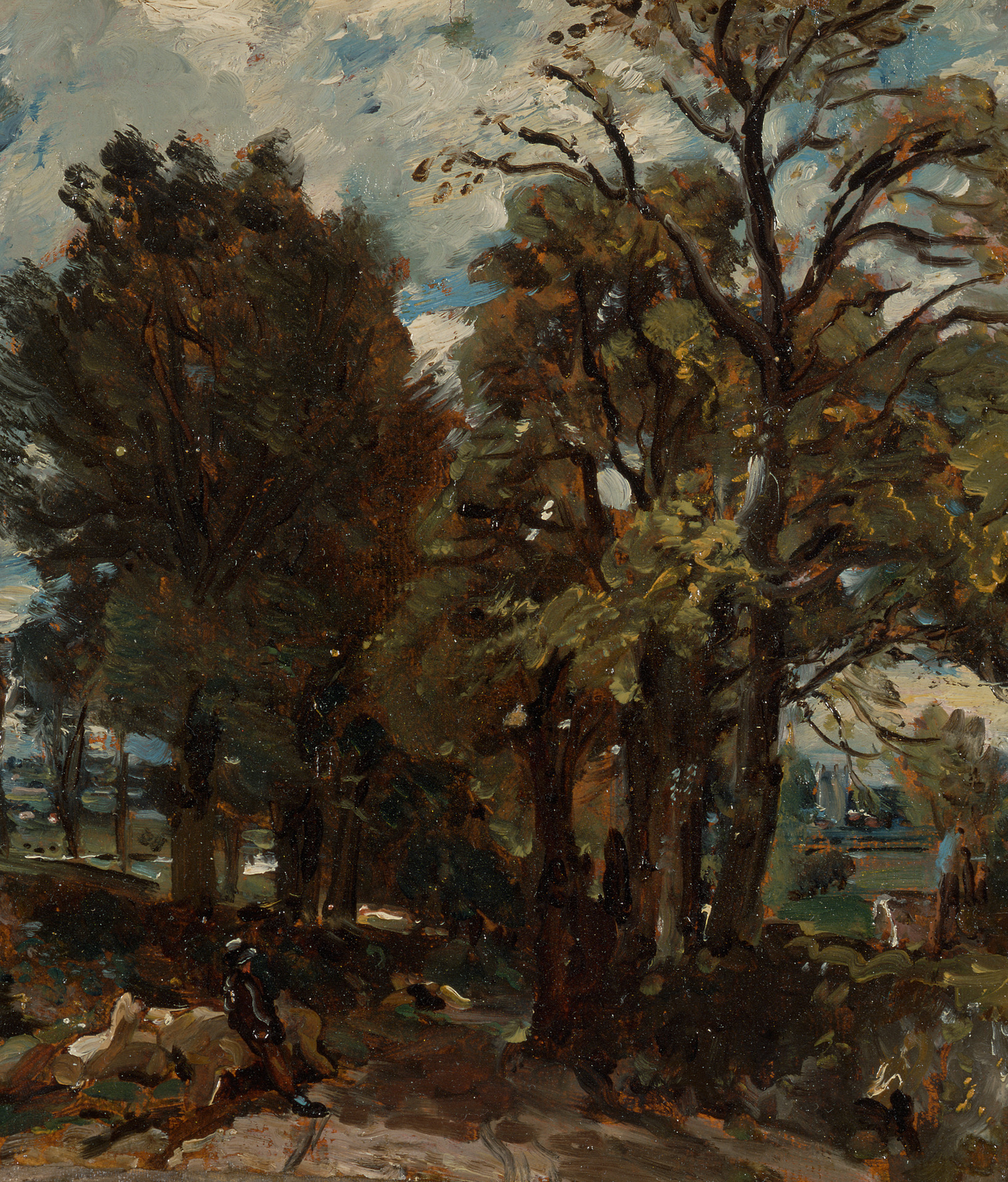 Constable painted numerous sketches in Fen Lane over the years, a place he knew well having walked the route as a boy from Flatford Lane, down Fen lane, and over the Stour at Fen Bridge to the Grammar School in Dedham.

Best known for his richly coloured and shimmering landscapes of the Suffolk countryside around his boyhood home, this vibrant study from 1811, a period in which Constable’s approach to oil sketches changed dramatically.

Rapidly painted with a confident use of colour, often giving a feeling that they have perhaps been dashed off for the artist’s own pleasure, capturing a transient moment he had observed.

Constable was said to have used ‘a thousand greens’ to capture the complexity of nature’s beauty’, giving it a sense of drama and for which he is considered one of the greatest landscape painters, with his later work influencing the Barbizon School* and the French Romantic Movement.

Around 1820 the village of Barbizon, Seine-et-Marne in north central France, near the Fontainebleau Forest,  was discovered by Jean-Baptiste Camille Corot, a well known French landscape and portrait painter at the time. Corot paved the way for other painters to come to the town to paint including Theodore Rousseau and Jean-Francois Millet who were both driven from Paris by poverty and lack of success.

Rousseau and Millet created The Barbizon School of painters, initially an informal group of artists active between 1830-1870 who would gather to paint in the forest of Fontainebleau.  They attracted a large following of landscape and animal painters, some going to live at Barbizon, others only visiting.

Meanwhile in 1824 the ‘Salon de Paris’ (a famous art exhibition ran in Paris 1740-1890) exhibited works of John Constable (The Hay Wain). His rural scenes greatly influenced some of the younger artists at the time moving them away from formalism to draw directly from nature, so during the French Revolution many painters gathered at Barbizon to follow Constable’s ideas making nature the subject of their paintings and the French landscape became a major theme of the ‘Barbizon painters’, which over the years included many well known artists such as Claude Monet, Pierre-Auguste Renoir, Alfred Sisley, and even post impressionist painter Vincent Van Gogh.

The inhabitants of the town even today are called ‘Barbizonais’, and the artists from that initial period are still now  referred to as ‘Fontainebleau’s’ by historians.

The school is still active and owes its fame to the 19th century landscape painters and has been ‘twinned’ with East Bergholt for over 40 years.