Flatford Lock , a path by the river

You are here: Home > Flatford Lock , a path by the river 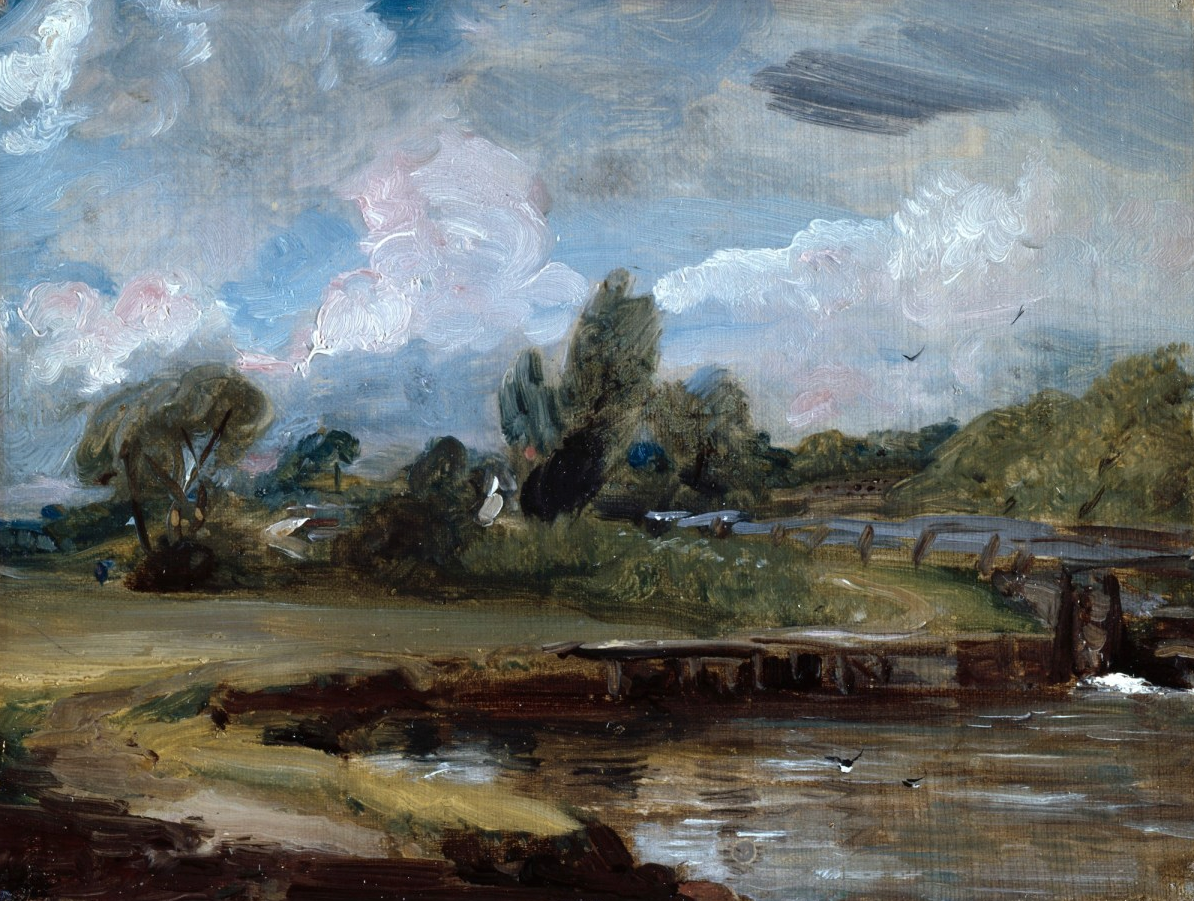 58 Flatford Lock, a path by the river

Flatford Lock , a path by the river

Flatford lock from the mill pond end, a rapid sketch showing the cross beams of the lock from the side of the river and the white water escaping from the lock.

As a young boy, Constable had spent hours sketching clouds and developing his skill which became evident in his 'Study of Clouds’ series, creating the perfect cloud formation and sunlight, as depicted here, his style of work almost unexpected.

1811 was an eventful year for Constable, with his mother asking him to paint a watercolour of Bergholt Church for Dr Rhudde, spending March at Epsom for his health, visits and correspondence with Joseph Farington* and Maria leaving for a stay at Bewdley, Worcester with her widowed half-sister.

By the mid part of the year Constable's friends worried by the effects of separation from Maria, and by November/December Maria writes asking him to cease thinking of her and to forget that he ever knew her. He takes a coach to Worcestershire and is well received and on his return their correspondence continues. At the close of the year, however,  his father writes that he regrets his too great anxiety to excel and thinks that he makes too serious a matter of the business of painting!

Donated by Isabel Constable, daughter of the artist 1888