Flatford Mill from the Lock

You are here: Home > Flatford Mill from the Lock 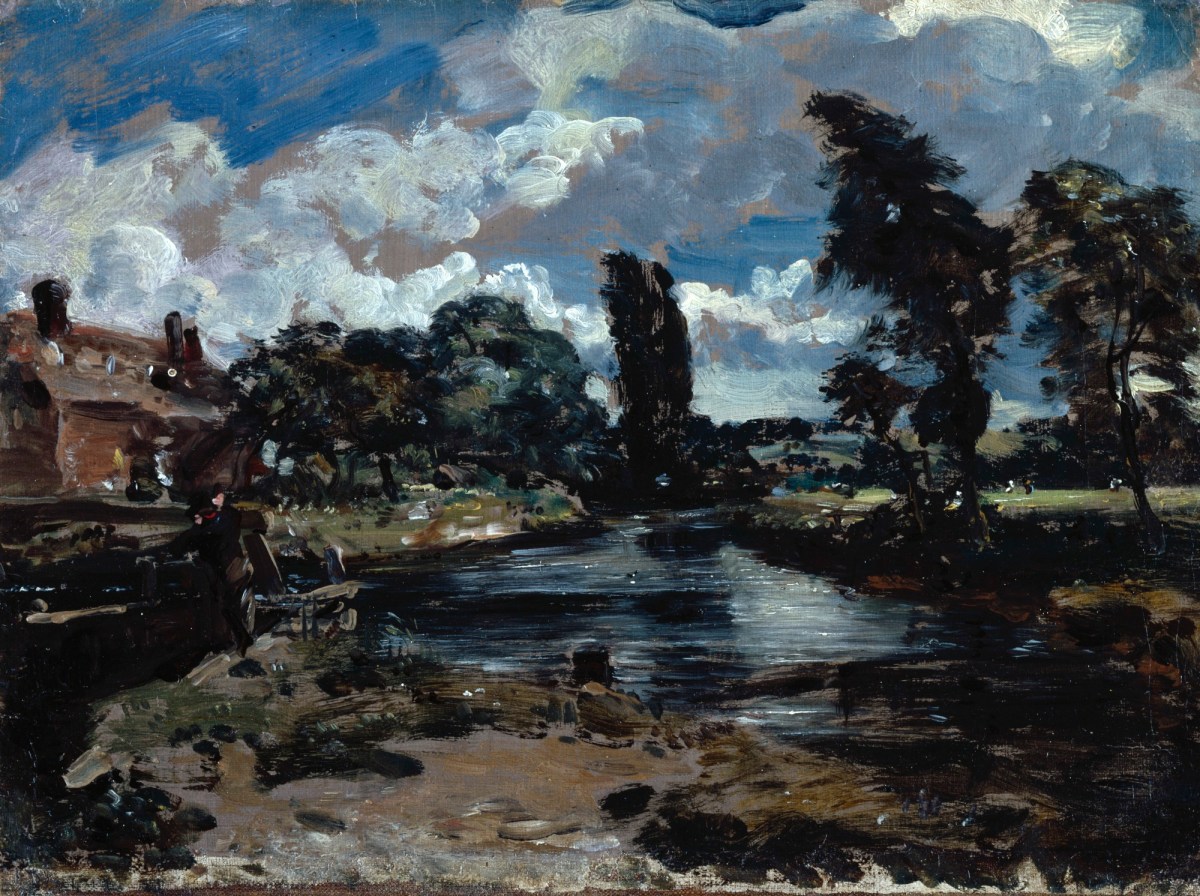 77 Flatford Mill from the Lock RA

Flatford Mill from the Lock

Flatford Mill was owned at the time by Golding Constable, John's father, a wealthy corn merchant.

Constable admitted to having a ‘vanguard’ style of work using broad brushstrokes,  frowned upon at this time by The Royal Academy.   However this technique went on to be developed by the Impressionists of the late 19th | early 20th Centuries.

Using natural tones and vibrant greens to match the colours he saw in the countryside, the classical landscapes of vivid colours along with new techniques to give the more realistic appearance of flowing waters, wind blowing through the trees and by the layering of green and reds of his trees, he was able to capture depth in a way that had not been seen before.