You are here: Home > Flatford Mill Scene on a Navigational River 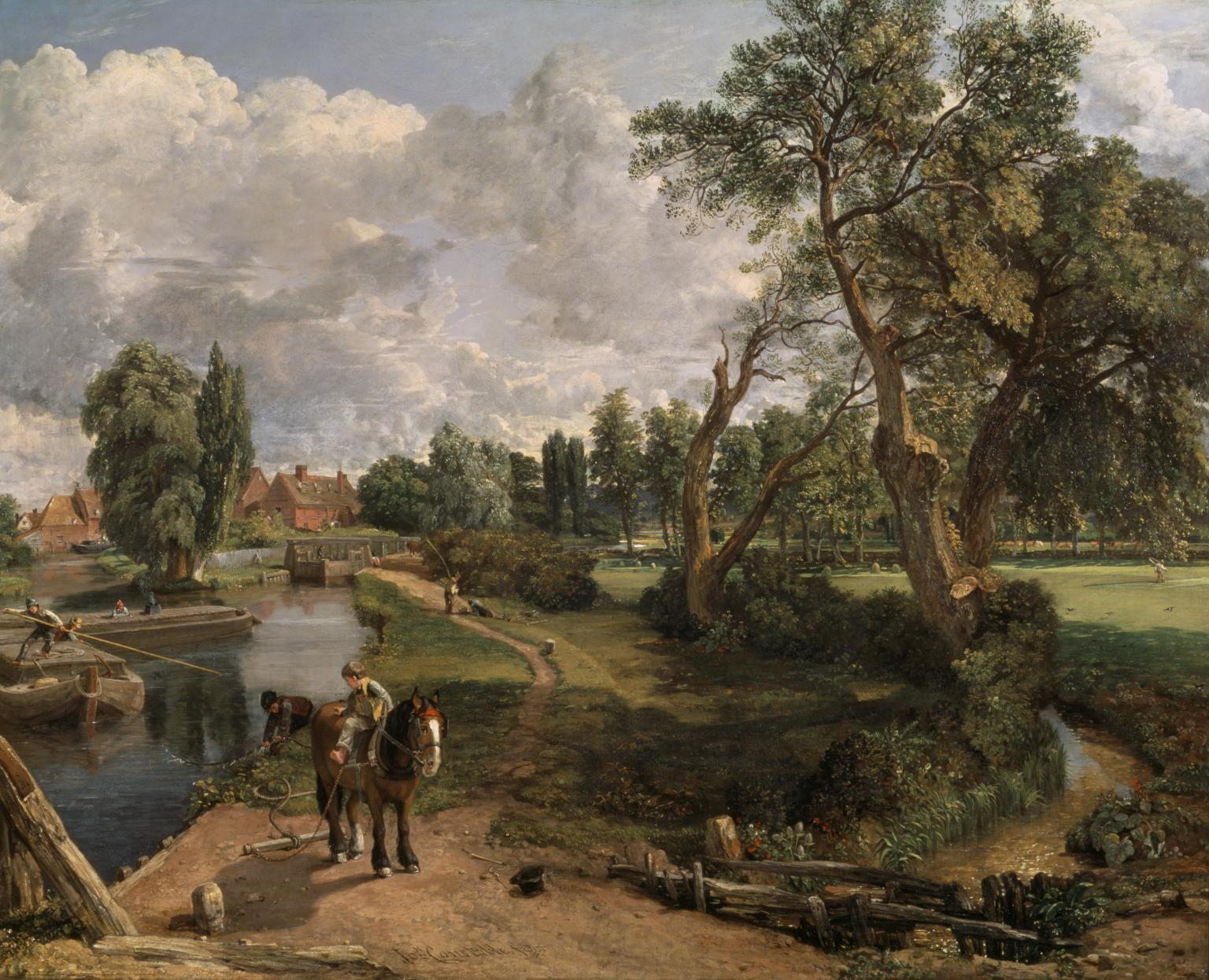 55 Flatford Mill (A Scene on a Navigable River)

{"type":"FeatureCollection","features":[{"type":"Feature","properties":{"post_type":"constable-painting","postid":1257,"title":"Flatford Mill Scene on a Navigational River","excerpt":"Flatford Mill 'Scene on a Navigational River' was Constable's most ambitious painting to date and depicts a boy disconnecting a rope whilst another sits astride a tow horse along the tow path of the Stour at Flatford.","highlight":"yes","index":55},"geometry":{"type":"Point","coordinates":[1.01954,51.95957]}}]}

Flatford Mill 'Scene on a Navigational River' was Constable's most ambitious painting to date and depicts a boy disconnecting a rope whilst another sits astride a tow horse along the tow path of the Stour at Flatford.

This was the artist's largest exhibition canvas to date and, whilst prior to this, the artist had been working from oil sketches and drawings, this year he declared his intentions to paint more from nature, so the summers of 1816 and 1817 were the last occasions for Constable to spend lengths of time at East Bergholt, and one of the last in which he painted directly from the scenery of his childhood.

Believed to be painted entirely outdoors it depicts the working life along the river that he knew so well from his childhood.  With the red brick of his father’s mill and beyond the river with two barges upstream,the tow horses unhooked, to be poled under the bridge.

Painted a few months before his marriage to Maria Bicknell, he wrote to Maria on 12 September 1816, ‘I am now in the midst of a large picture here which I had contemplated for the next exhibition – it would have made my mind easy had it been forwarded – I cannot help it – we must not expect to have all our wishes complete’ (R.B. Beckett, ed., John Constable's Correspondence, II, Ipswich 1964, p.203)

Bequeathed by Miss Isabel Constable as the gift of Maria Louisa, Isabel and Lionel Bicknell Constable 1888