You are here: Home > Flatford Mill 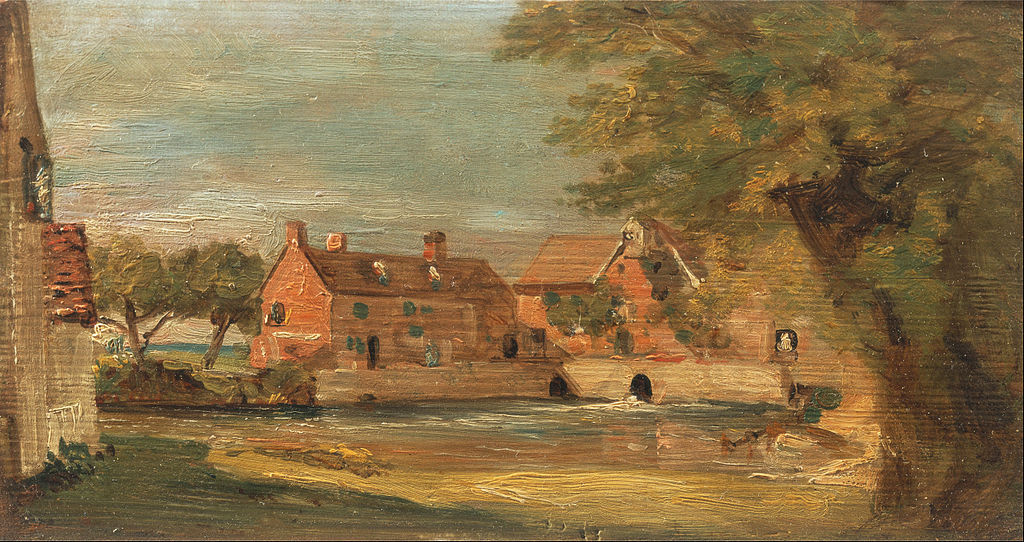 {"type":"FeatureCollection","features":[{"type":"Feature","properties":{"post_type":"constable-painting","postid":1575,"title":"Flatford Mill","excerpt":"Constable's compositions were clearly dictated by what he saw in front of him, using symmetrical compositions and scenes that focused on manmade buildings such as this, his father Golding Constable's Mill at Flatford.","highlight":"yes","index":72},"geometry":{"type":"Point","coordinates":[1.0221,51.95846]}}]}

Constable's compositions were clearly dictated by what he saw in front of him, using symmetrical compositions and scenes that focused on manmade buildings such as this, his father Golding Constable's Mill at Flatford.

Constable's ‘vanguard’ style of work, using broad brushstrokes frowned upon at the time by The Royal Academy, and his  use of natural tones and vibrant colours give a more realistic appearance not been seen before.

Fascinated by the changing pattern of clouds, weather and light, he worked with large, loose brushstrokes to create an overall sense of what he saw rather than fine detail, applying paint in a range of ways including with a palette knife to give his canvases an imperfect finish which enhanced their realism.

Flatford Mill was inherited by John's father Golding Constable from his uncle Abram Constable in 1764 and operated a sizable flour milling business at both Flatford and Dedham where his estate extended to 93 acres of agricultural land in East Bergholt alone.