Flatford old Bridge and Bridge Cottage on the Stour

You are here: Home > Flatford old Bridge and Bridge Cottage on the Stour 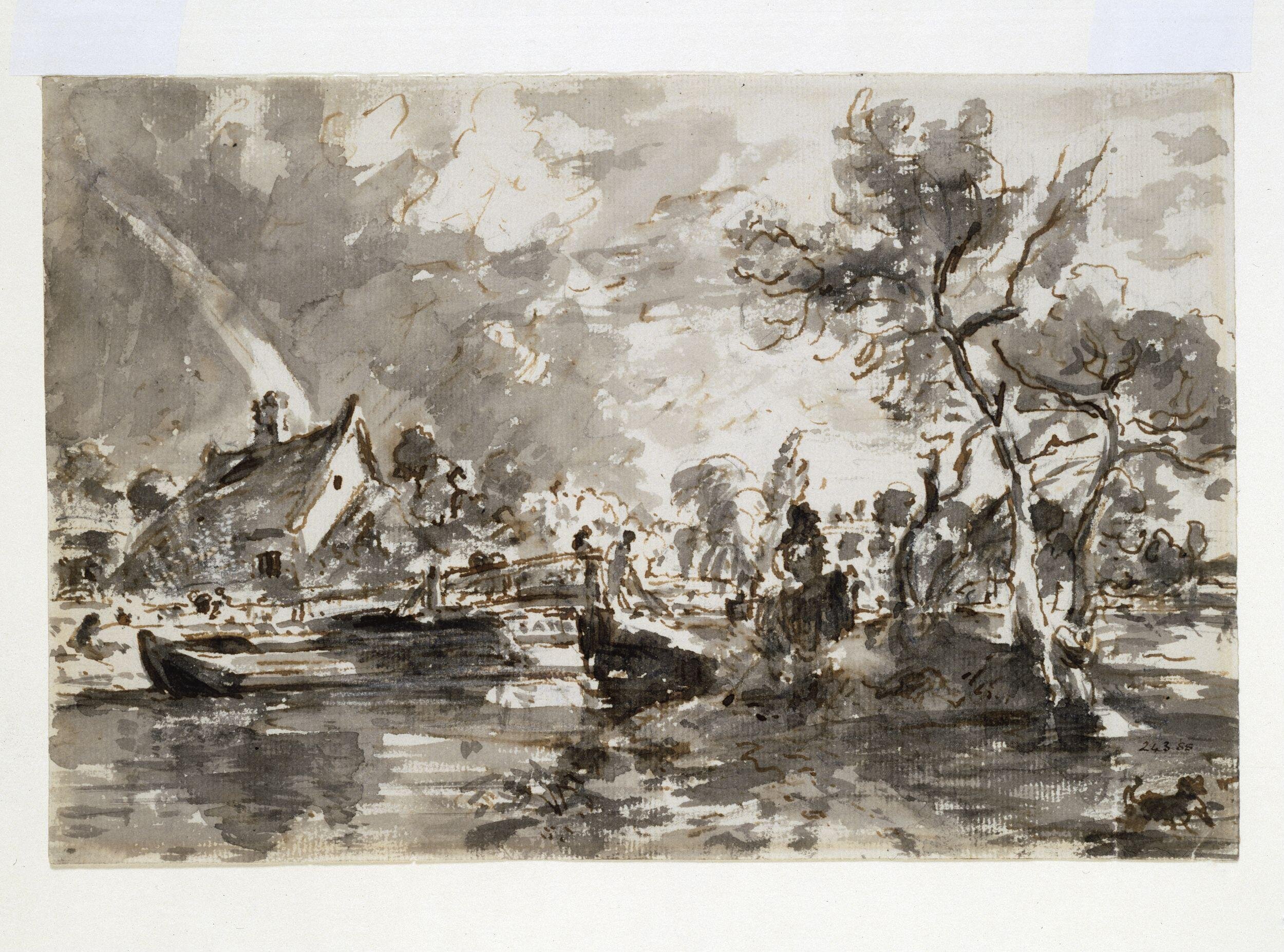 Flatford old Bridge and Bridge Cottage on the Stour

View of Bridge Cottage with figures on Flatford Bridge.

A pencil, pen and bistre ink and grey wash on laid paper

This was an eventful year for Constable as he completes and exhibits both 'The Lock’ and ‘Leaping Horse’. In the January he learns that he has been awarded a gold medal for his paintings by Charles X in Paris (‘The Haywain’ 1824 & ‘View on the Stour near Dedham’ 1822 exhibited at Paris Salon, as arranged by Arrowsmith).  The artist also receives a medal from the French Ambassador. In May he sells two landscapes at the Academy and Arrowsmith calls as he is pleased with the exhibition pieces and orders more.  However Constable finds his manner offensive and loses his temper, the dealer apologises, but it’s too late and the relationship is broken off, and so he finishes the year with a short trip to Brighton for Christmas.