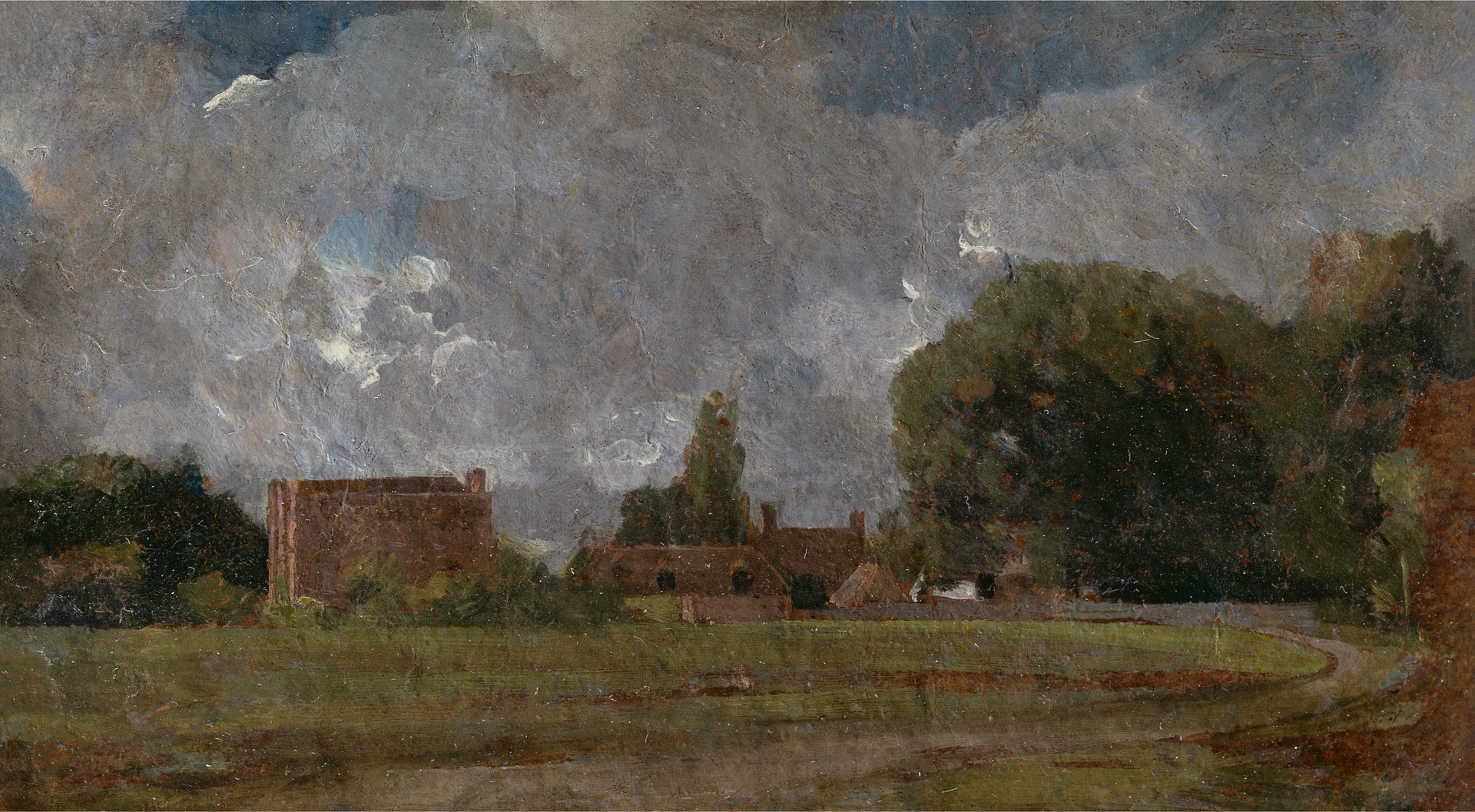 The stand of trees and the lone poplar tree on the right make it clear that this view is that of the rear of East Bergholt House, the property built by Golding Constable in 1774, the artist's family home.

In this year Constable had also returned to open air painting in oils, a practice he continued throughout his working life.  Constable admitted  to having a ‘vanguard’ style of work, using broad brushstrokes, then  frowned upon by The Royal Academy.  This technique, however,  went on to be developed by the Impressionists of the late 19th | early 20th Centuries.

Constable also painted views from the rear windows of East Bergholt House, in effect directing his gaze back out toward the ground from which this and related views of the back of the house were taken.