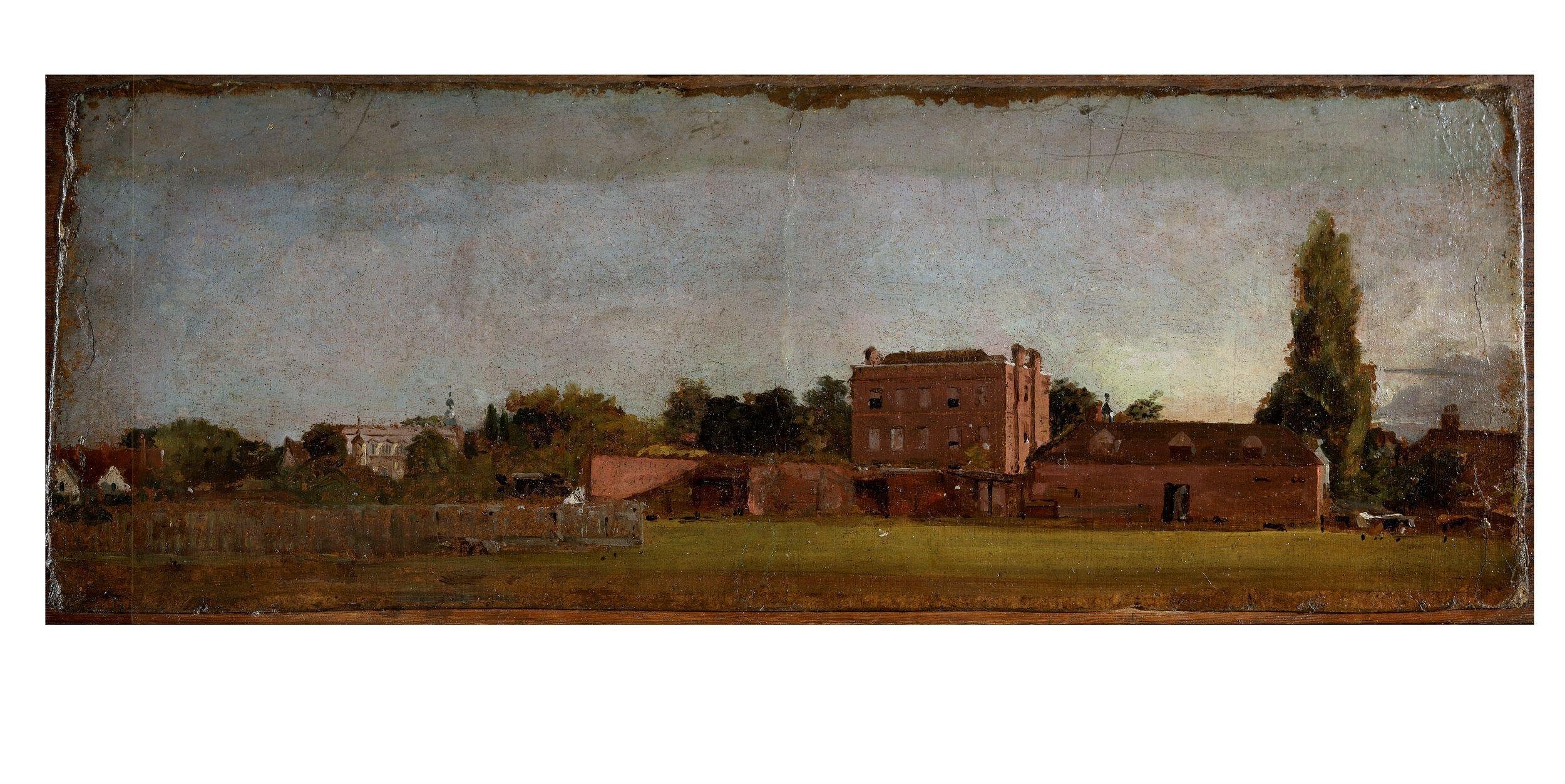 A panoramic view of Constable’s family home, East Bergholt House, built by John's father, Golding Constable, in the late 1700’s and where the family lived until 1819.  After selling it to a family friend it fell into disrepair and was demolished c1840

In later years Constable would recall with delight scenes where his ‘ideas of landscape were formed’ and ‘the retrospect of those happy days and years’.

1811 was an eventful year for Constable, with his mother asking him to paint a watercolour of Bergholt Church for Dr Rhudde (‘East Bergholt Church), spending March at Epsom for his health, visits and correspondence with Joseph Farington* and Maria leaving for a stay at Bewdley, Worcester with her widowed half-sister.

Constable also visited an old friend the Bishop of Salisbury and on that visit grew close to the bishop’s nephew, John Fisher whose correspondence is a significant source on Constable's art as he explains his aims and aspirations, and shows him to be driven and ambitious.

By the mid part of the year Constable's friends are worried by effects on him of his separation from Maria, and by November/December Maria writes asking him to cease thinking of her and to forget that he ever knew her. He takes a coach to Worcestershire and is well received and on his return their correspondence continues.  However at the close of the year his father writes that he regrets his too great anxiety to excel and thinks that he makes too serious a matter of the business of painting!

Donated to the V&A By Isabel Constable*, daughter of the artist 1888