You are here: Home > Landcape at East Bergholt 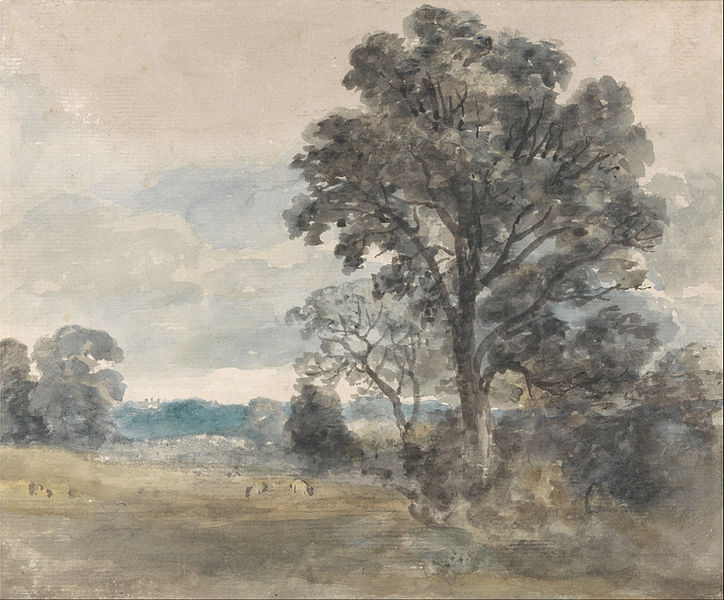 The exact location for this watercolour sketch is unknown but it is believed to be behind the Old Hall Estate off the Flatford Lane.

Typically Constable is thought of as an oil painter but what is less well known is that he painted a number of fantastic watercolour landscapes (just 8 in East Bergholt in this period 1802-1808).  He was particularly interested in the atmospheric effects of the sky and once wrote:

"The landscape painter who does not make his skies a very material part of his composition neglects to avail himself of one of his greatest aids. It will be difficult to name a class of landscape in which the sky is not the 'key note', the 'standard of scale' and the chief 'organ of sentiment'...the sky is the source of light in nature, and governs everything."