You are here: Home > Leaping Horse (Full size study of ) 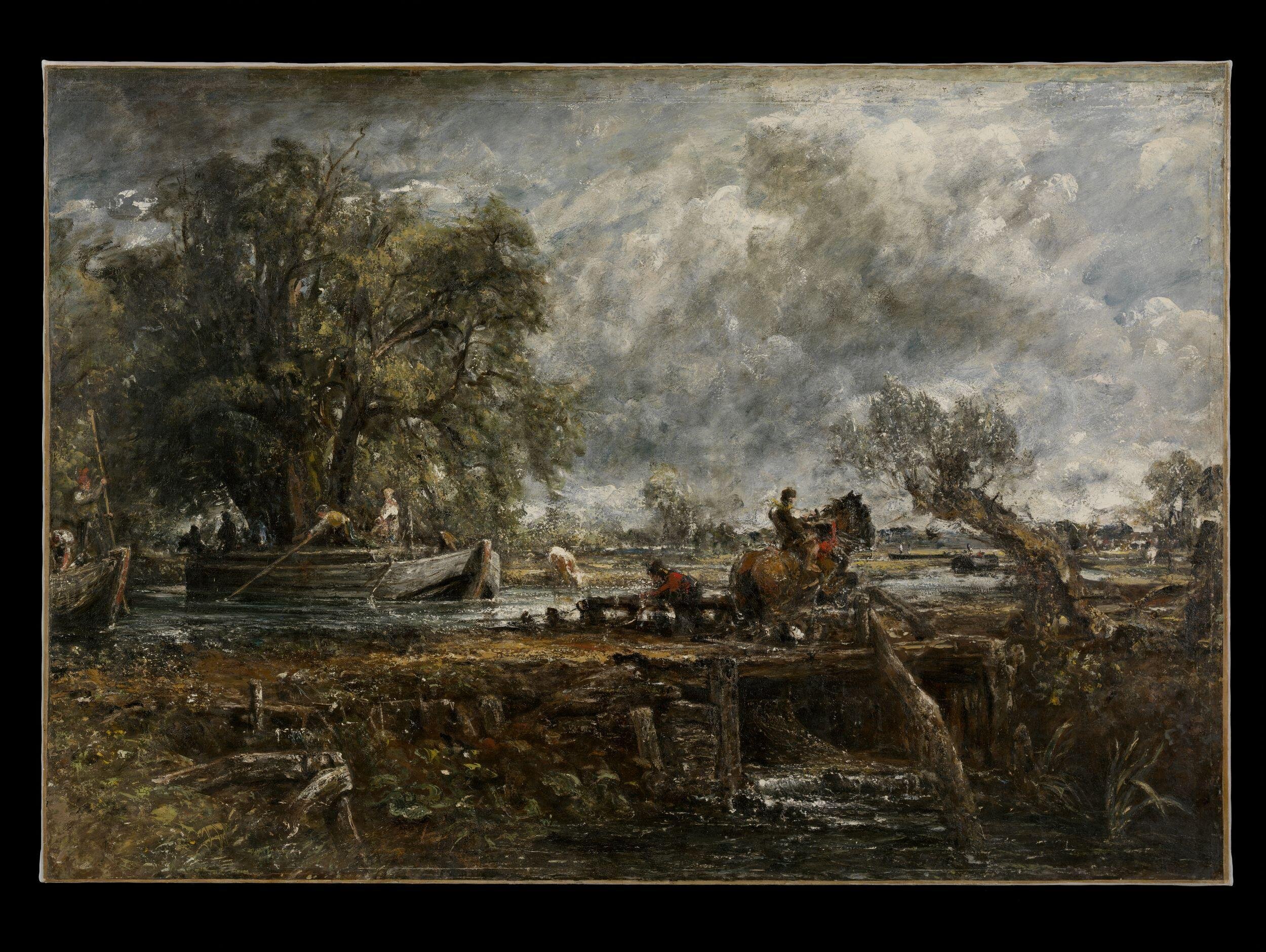 A rider urging a barge horse to jump over a barrier on the tow path at ‘Float Bridge’, upstream from Flatford. This full size oil sketch a last 'study' for the composition prior to his great painting that went on exhibition at the Royal Acadamy alongside 'View on the Stour' and the final version of this piece 'The Leaping Horse'

Constable was known to make full size oil studies for compositions prior to his great paintings, and it was his habit when searching for an idea for a picture to look through his sketchbooks for promising material, as was the case with ‘Leaping Horse’, starting with a pen and grey ink with grey wash study ‘First Sketch of Leaping Horse 1824’ British Museum.