Sketch for the Valley Farm

You are here: Home > Sketch for the Valley Farm 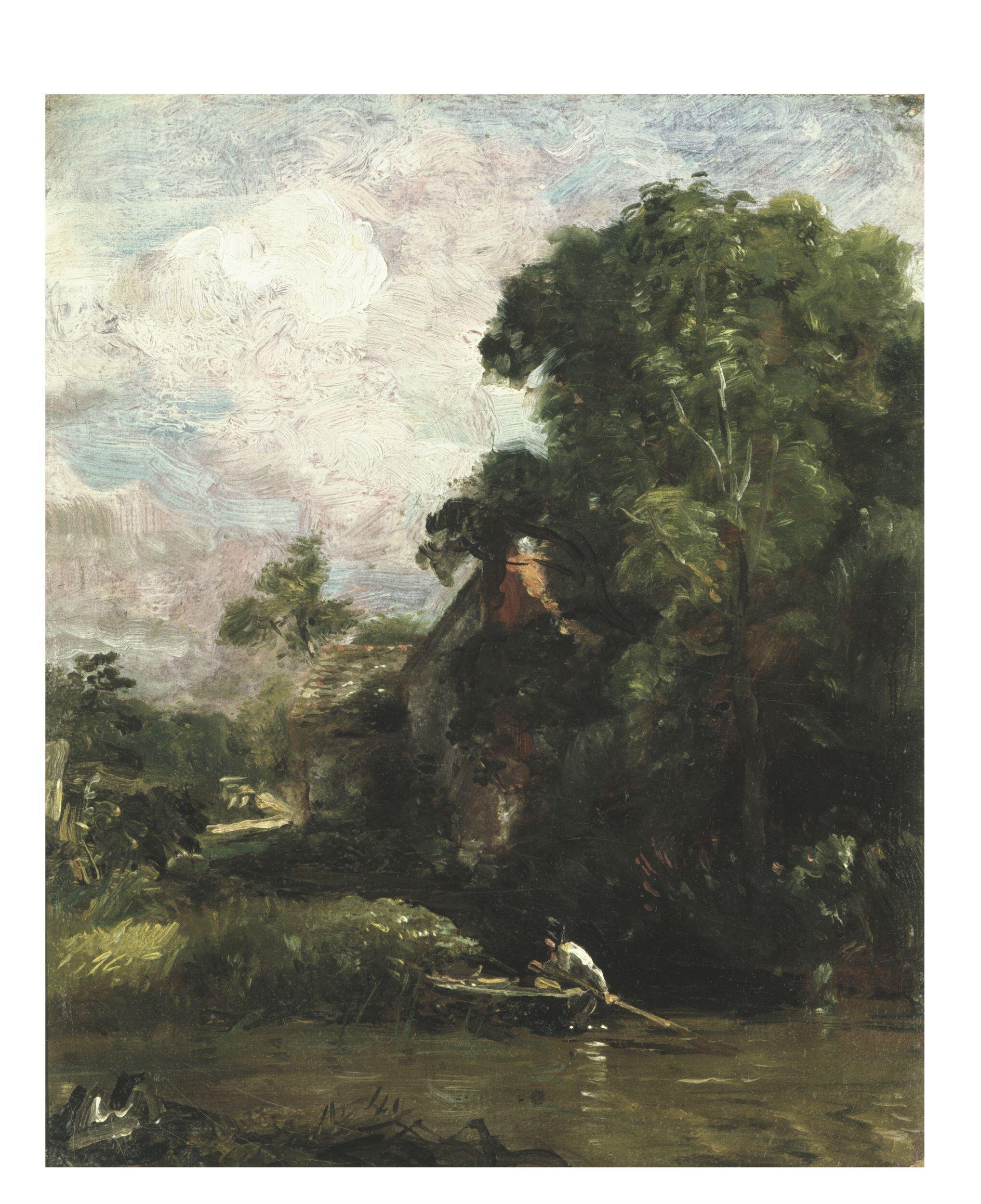 106 Sketch for the Valley Farm

Sketch for the Valley Farm

A view of Willy Lott's House from the south bank of the River Stour at Flatford.
Believed to be the sketch for 'The Valley Farm' 1835 and a rework of an earlier piece from 1814 'The Ferry' which was exhibited at the Royal Academy in 1814 with mixed reviews.

‘The Ferry’ was Constable's first large upright landscape painting and is currently on long term loan to the Tate from a private collector.  However copyright restrictions limit us to show this particular painting in our catalogue of the artist's work in this area.  It takes its title from the boat which plied backwards and forwards across the Stour taking the most direct route from the far bank of the river to the bank of the mill steam by Willy Lott's House*.

*Willy Lott’s House, originally known as Gibeon’s Gate Farm, was part of the Valley Farm and was lived in by Willy Lott (1761-1849) for 88 years, having only ever spent a single night away from his home during his lifetime.