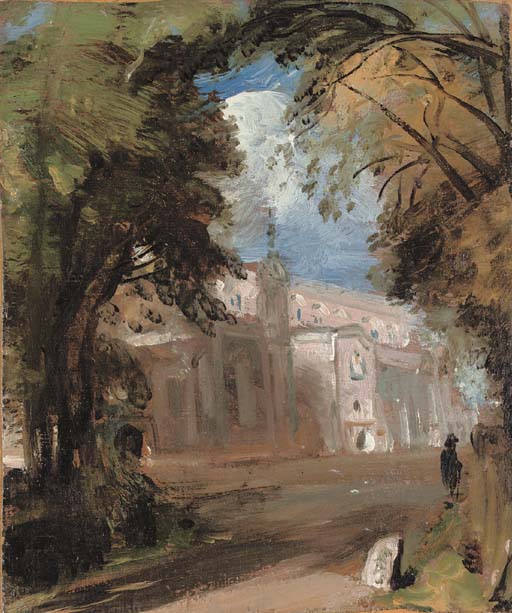 {"type":"FeatureCollection","features":[{"type":"Feature","properties":{"post_type":"constable-painting","postid":1630,"title":"St Mary's Church, East Bergholt","excerpt":"A view of St Mary's Church from the edge of the village Green.Constable painted St Mary's Church numerous times over the years. \u00a0 His father Golding Constable was church warden for thirteen years and the\u00a0family had its own pew in the middle aisle. The Rector at the time, Dr Rhudde, was the grandfather of Maria Bicknell who went on to become Constable's wife.","highlight":"yes","index":127},"geometry":{"type":"Point","coordinates":[1.01212,51.96979]}}]}

A view of St Mary's Church from the edge of the village Green.

Constable painted St Mary's Church numerous times over the years.   His father Golding Constable was church warden for thirteen years and the family had its own pew in the middle aisle. The Rector at the time, Dr Rhudde, was the grandfather of Maria Bicknell who went on to become Constable's wife.

By descent in the Constable family until acquired by the present owner in 1983.