You are here: Home > Stour Valley and Dedham Church 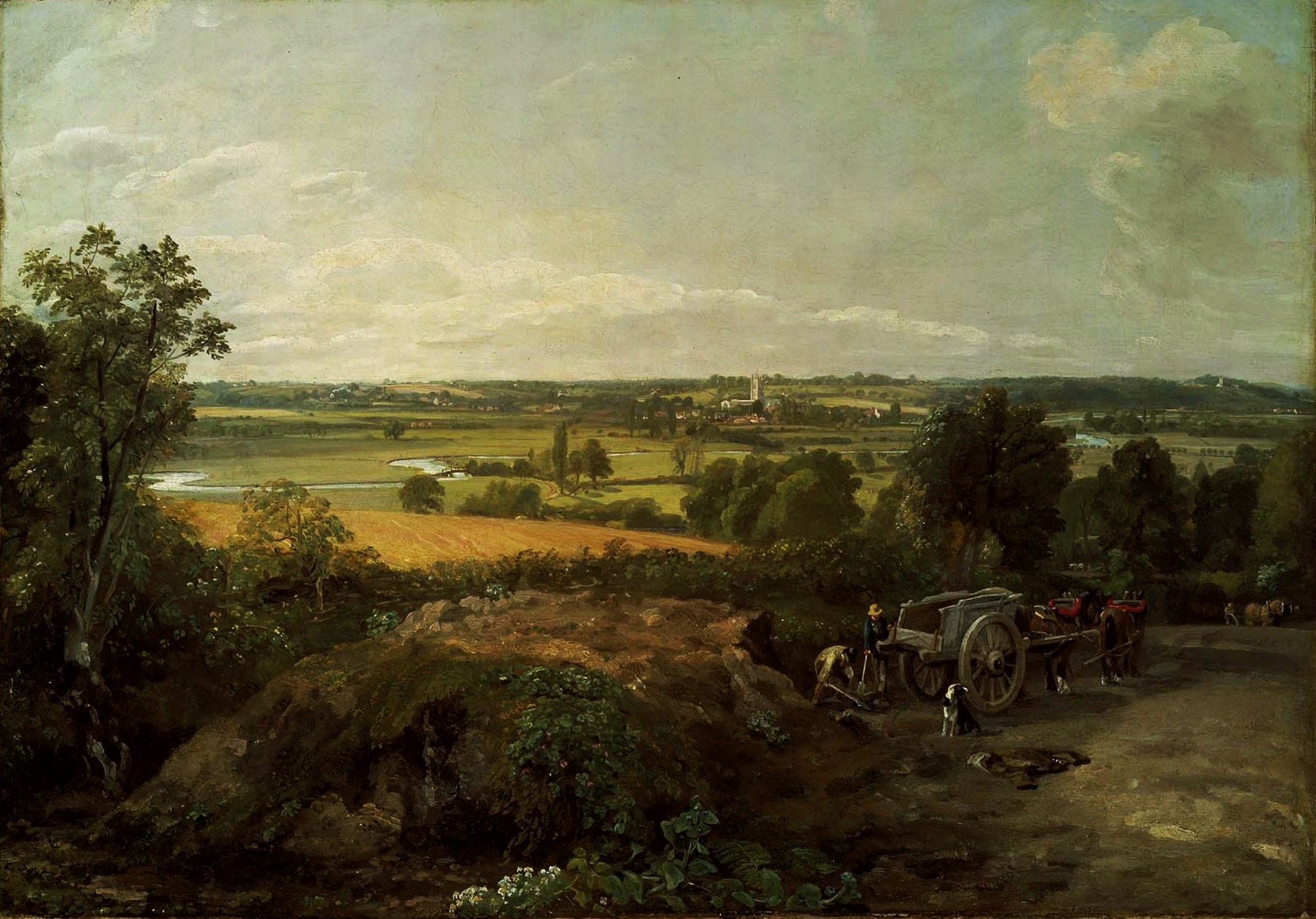 {"type":"FeatureCollection","features":[{"type":"Feature","properties":{"post_type":"constable-painting","postid":701,"title":"Stour Valley and Dedham Church","excerpt":"Painted in 1814 \"The Stour Valley and Dedham Village\" was recently discovered. The painting depicts Langham church, Dedham church, Fen Bridge and the bend in the River Stour \u2013 all of which sit in the Dedham Vale, an Area of Outstanding Natural Beauty that is largely cared for by the National Trust.","highlight":"yes","index":34},"geometry":{"type":"Point","coordinates":[1.01934,51.960452]}}]}

Painted in 1814 "The Stour Valley and Dedham Village" was recently discovered. The painting depicts Langham church, Dedham church, Fen Bridge and the bend in the River Stour – all of which sit in the Dedham Vale, an Area of Outstanding Natural Beauty that is largely cared for by the National Trust.

One of the few unidentified Constable viewpoints that has been recently discovered following new research by the National Trust. The exact location where John Constable painted The Stour Valley and Dedham Village in 1814-15 has remained unknown as changes to the landscape and boundary lines have made it increasingly difficult to pinpoint.

However, Martin Atkinson, a National Trust property manager for East Suffolk used features from the painting and historic maps to identify the exact spot. As a Constable enthusiast he was thrilled to finally solve the puzzle: “It’s great to see where an old master once stood – and be inspired by the same views as them,” he said. “Once we were able to identify the changes in the landscape, we were able to solve the 195-year-old mystery.”

Although the view is not easily recognisable as the natural environment has become more established, visitors can peer through a gap in the hedge that frames the landscape perfectly and makes it easy to imagine the scene the celebrated landscape artist once saw.

The painting depicts Langham church, Dedham church, Fen Bridge and the bend in the River Stour – all of which sit in the Dedham Vale, an Area of Outstanding Natural Beauty that is largely cared for by the National Trust.

The direction of light shows it to be a morning painting and it is believed Constable worked on it in the open air before walking down to Flatford, where he painted the better-known Boat-Building Near Flatford Mill in the afternoons.

Very few of Constable’s works were painted this way as many of his later, more renowned pieces were painted in a studio from memory or sketches and he used artistic license adding detail such as trees. In contrast, The Stour Valley and Dedham Village is thought to be a very accurate representation of what the scene would have looked like in Constable’s time.

See the The National Trust here https://www.discoverbritainmag.com/john-constable-viewpoints/ for further notes. 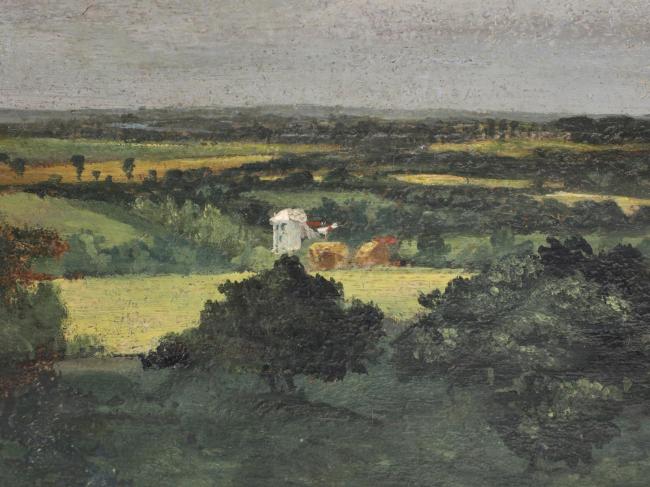 The newly discovered painting shows a view of Dedham Vale and includes a windmill owned by his father.