The House of Mr Golding Constable

You are here: Home > The House of Mr Golding Constable 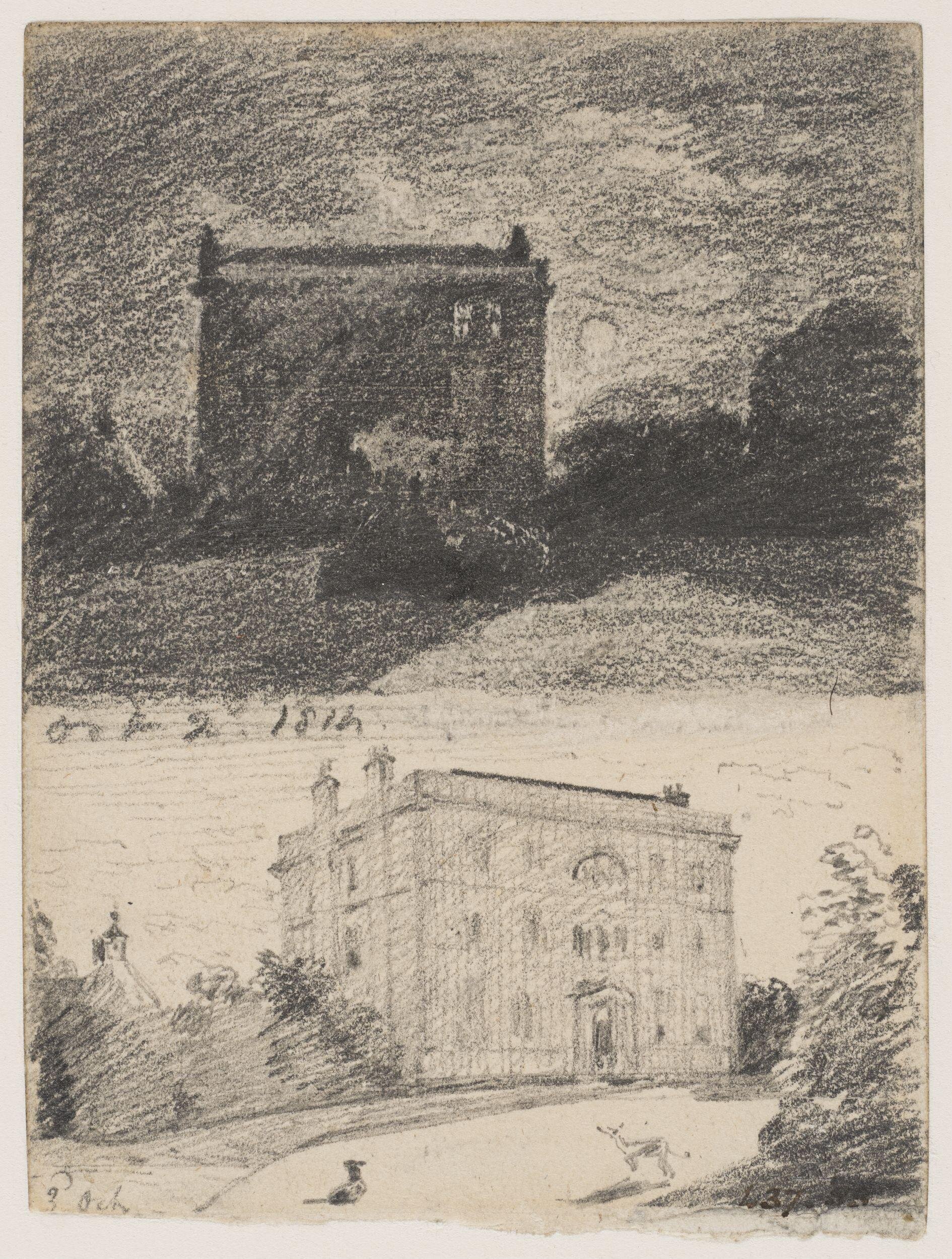 83 The House of Mr Golding

The House of Mr Golding Constable

Two pencil sketches of East Bergholt House, the Constable family home, inscribed by the artist ‘below the house by moonlight’

East Bergholt House, built by Golding Constable, the artist's father in c1775 to accommodate his growing family who lived there until Golding’s death in 1816.

The artist's brother Abram described the house in some detail in a draft advertisement for its sale after Golding’s death.

‘To be sold in the delightful pleasant village of East Bergholt, a Capital Brick Mansion Freehold, with about 37 Acres of Land, pasture and arable in excellent condition, communicating with excellent roads- The Mansion consists of 4 very good rooms & spacious entrance hall on the ground floor, 4 excellent Sleeping Rooms, with light clossets & spacious landing on the second floor, & the Same 4 exceeding, good atticks, most capital cellars & offices, Brick Stables & Coachhouse, & every convenience that can be thought of.

The house was sold to a family friend, Walter Clerk of East Bergholt in March 1819. Clerk died on 26 October 1839 and by the following summer the house had fallen into disrepair and was pulled down soon after c1840.

In 1841 Edward Cook, estate agent of Stratford St Mary, sold the site to Edward Godfrey of Old Hall. The deed of transfer, dated 25 November that year, refers to ‘the Mansion-house late of the said Walter Clerk and since of the said Edward Cook but now pulled down and wasted’. The document includes a plan which showed only the stable block and one other outbuilding still standing as well as the long wall which separated the stables from the flower garden, along with the railings and gate posts.

John Constable painted scenes of Golding’s East Bergholt House and of its views on numerous occasions.