You are here: Home > The Leaping Horse 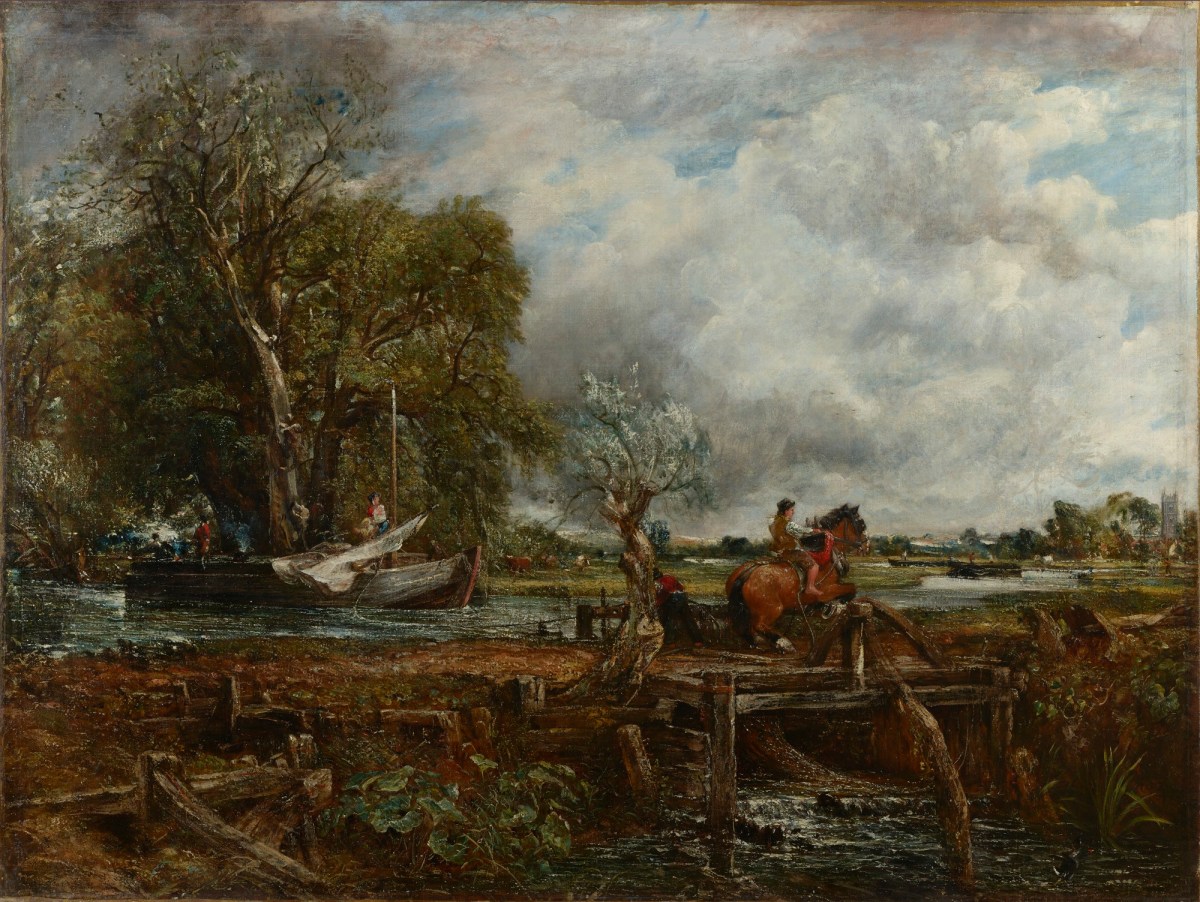 A rider urging a barge horse to jump over a barrier on the tow path at ‘Float Bridge’, upstream from Flatford.

In 1819 Constable embarked on a series of large six foot canvases all based on scenes along the Stour which became known as the ‘six-footers’ and of which this was the last in its series, ‘The White Horse’ 1819, ‘The Haywain’ 1821, ‘A view on the Stour near Dedham’ 1822,’The Lock’ 1824 and the sixth being further up stream at Stratford (Stratford Mill 1820)

Begun in 1824 and the only painting in the series for which Constable made preparatory drawings of the entire composition, ‘The Leaping Horse’ is certainly one of the most complex of this series and which Constable described in a letter to Francis Darby, a potential purchaser: Scene in Suffolk, banks of a navigational river, barge horse leaping in an old bridge, under which is  a floodgate and an Eliray, river plants and weeds, a moor-hen frightened from her Nest – near by in the meadows is a fine Gothic tower of Dedham’ (1 august 1825:Leslie 1937 P.192:JJCIVp.97)

This correspondence certainly provides the brief history to this piece exhibited at the Academy in 1825.  Constable writes to his friend Fisher the week before it leaves for the exhibition ‘I have worked very hard – and my large picture went last week to the Academy – but I must say that no one picture ever departed from my easil with more anxiety on my part with it. It is a lovely subject, of the canal kind, lively and soothing – calm and exhilarating, fresh and blowing, but it should have been on my easil a few weeks longer. Nevertheless, as my most numerous admirers are for my mind in these things – I thought I would send it’

With the exhibition at an end by the September and the painting remaining unsold, Constable altered the composition with a number of changes that he believed would make it more saleable, one barge with its mast and half furled sail, the cattle, the upright willow newly positioned, Dedham Church and a few new timbers in the left foreground.

Both the canvas for this final version and the full size sketch were taken off their stretchers at some stage by Constable and relined so that he could extend the composition.  However this proved insufficient as it then had a further 50mm strip tacked to the top so that the uppermost tree branches did not sit awkwardly to the edge of the painting.