You are here: Home > The Mill Stream, Willy Lott’s House 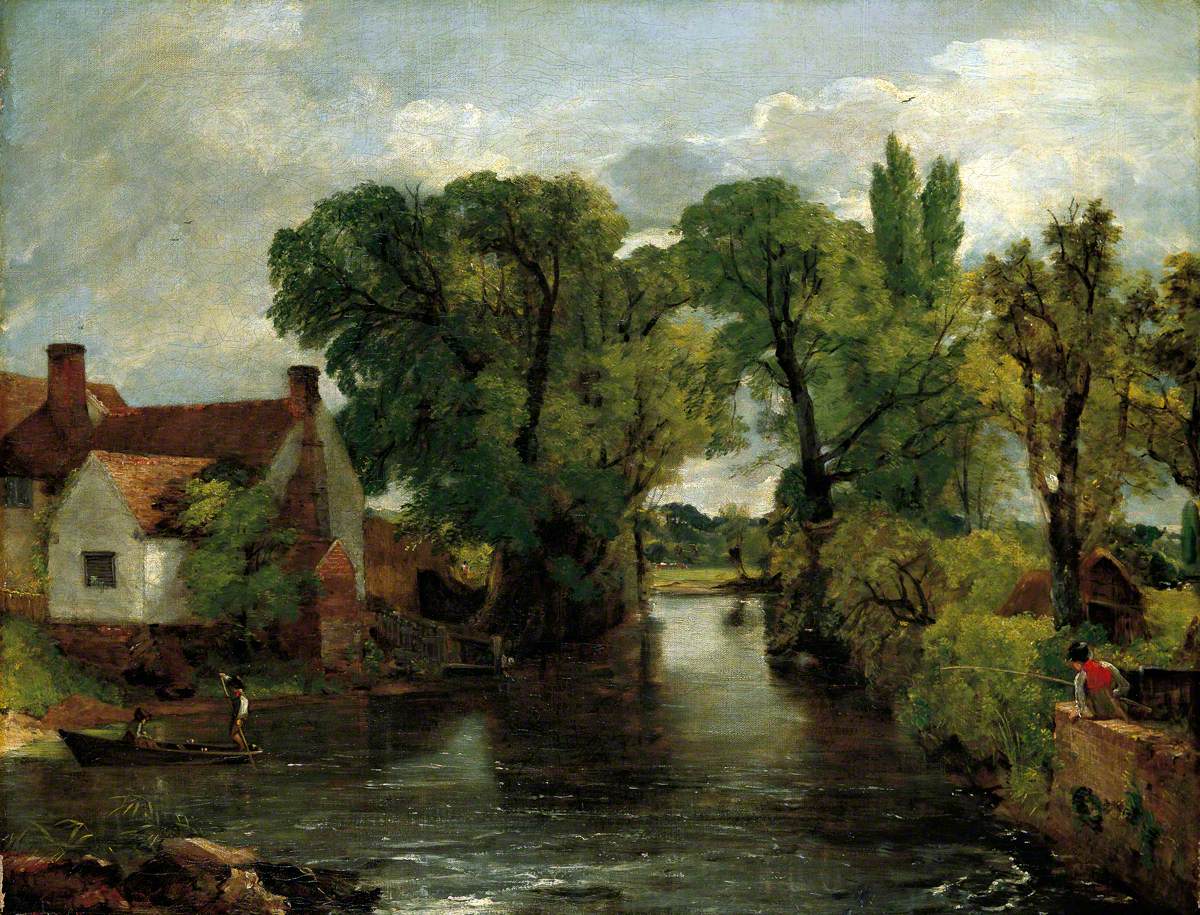 Willy Lott's House from the Mill with a boy fishing.

A ferry operated across the Mill Stream, connecting both the bank by the cottage as depicted here with the far bank, almost parallel to the main course of the Stour, which was separated from the Mill Stream by a narrow tree lined island.

Willy Lotts House, originally called Gibeons Gate Farm, formed part of the Valley Farm estate.  It was renamed after William Lott, a tenant farmer who lived at the farm for 88 years having spent only a single night away in his whole life.

Can be viewed in Christchurch Mansion, Ipswich