The Stour Valley with the Church of Dedham

You are here: Home > The Stour Valley with the Church of Dedham 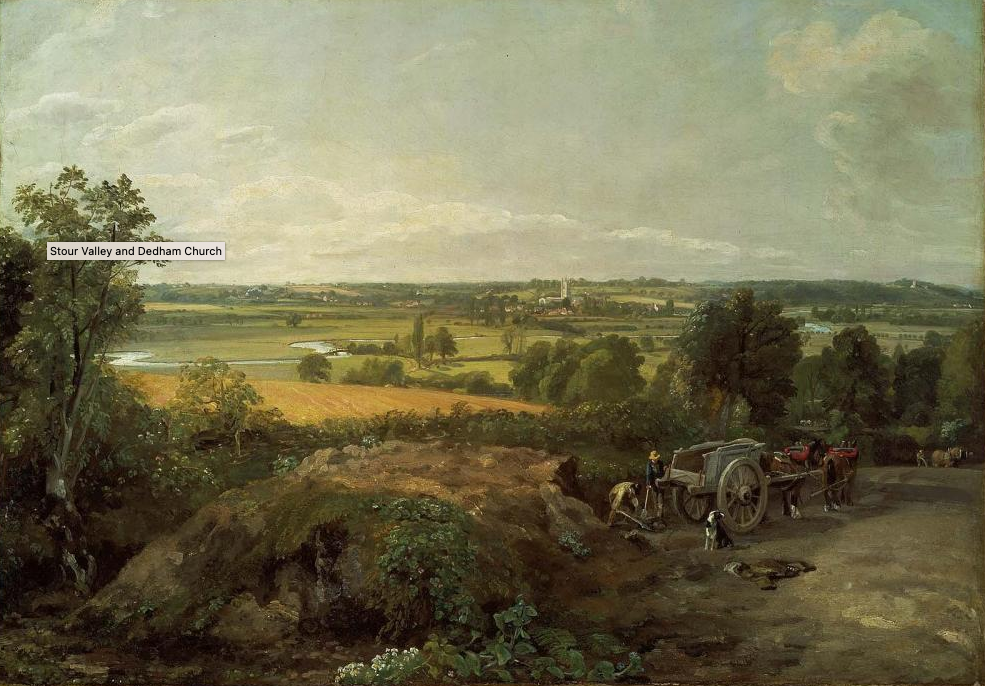 34 The Stour Valley with the church of Dedham

The Stour Valley with the Church of Dedham

A view from the top of Fen lane over the valley towards Dedham.
Constable’s landscapes capture specific locations of the English counties where he lived and worked.

On occasion mistaken as ‘ Dedham Vale Morning’, this piece painted from the grounds of Constable’s neighbours The Godfreys at Old Hall, takes the vantage point on a hill behind the estate and over the valley towards Dedham, with Dedham church in the centre.

This piece commissioned by Thomas Fitzhugh as a wedding present for his bride, Philadelphia Godfrey.

Around this time Constable wrote: ‘This charming season … occupies me entirely in the fields and I believe I have made some landscapes that are better than is usual with me – at least that is the opinion of all here‘ 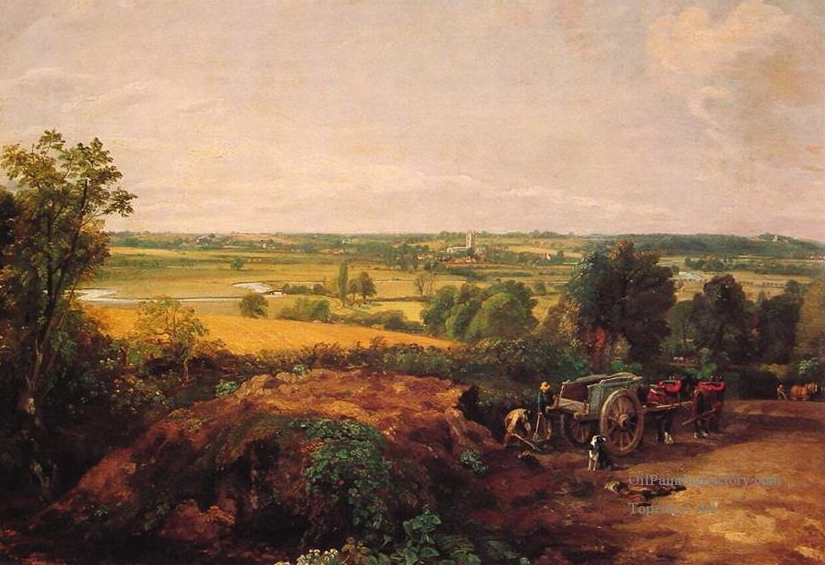