You are here: Home > The Valley Farm 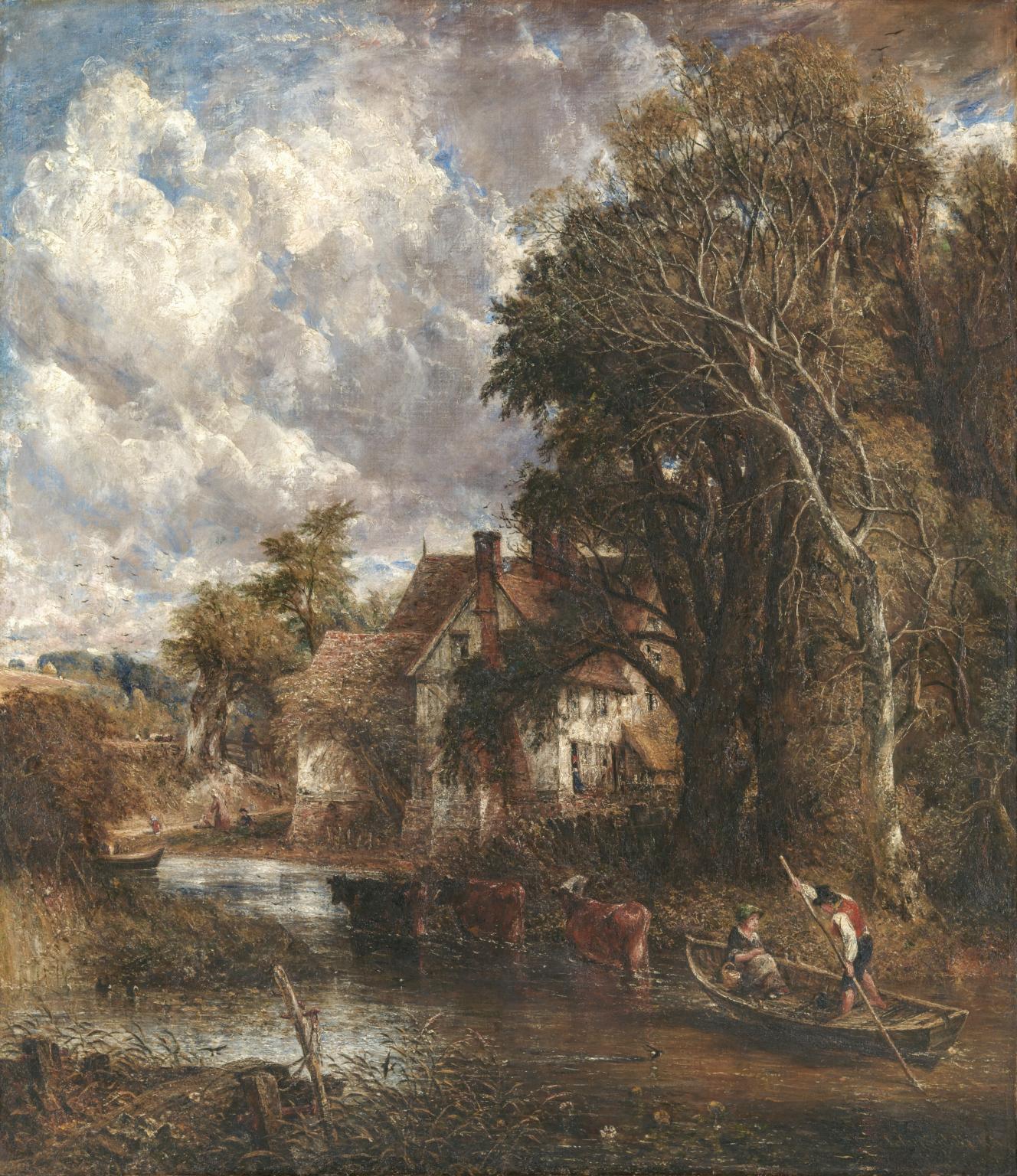 A view of Willy Lott's House at Flatford from the River Stour.

Constable painted Willy Lott’s House, or The Valley farm throughout his life and the building featured in some of his most prominent pieces such as ‘The Haywain’ 1824 and ‘The Mill Stream’1810. Even Flatford Mill did not receive the attention the artist seems to afford to the more humble building that faced it.

As far as we know Willy Lott’s house was first depicted by the artist in 1802.  As well as many pencil sketches and other oil studies which also belong to the early stage of the artist's development, one study which would appear to be an early development for this piece and produced the same year, now hangs in the V&A.

It is not known exactly when the final ‘Valley Farm’ was begun, but it may well have been the ‘large picture’ which Constable told H.S. Trimmer he had planned in the December of the previous year.

The collector Robert Vernon saw the painting in Constable's ‘painting room’ before it went on show at the Academy and bought it for the agreed price of £300 paid in the September.   However work continued on the piece before it went to the Academy and was resumed when it returned until completion in the October.

Vernon gifted this piece to the National Gallery, London in 1847