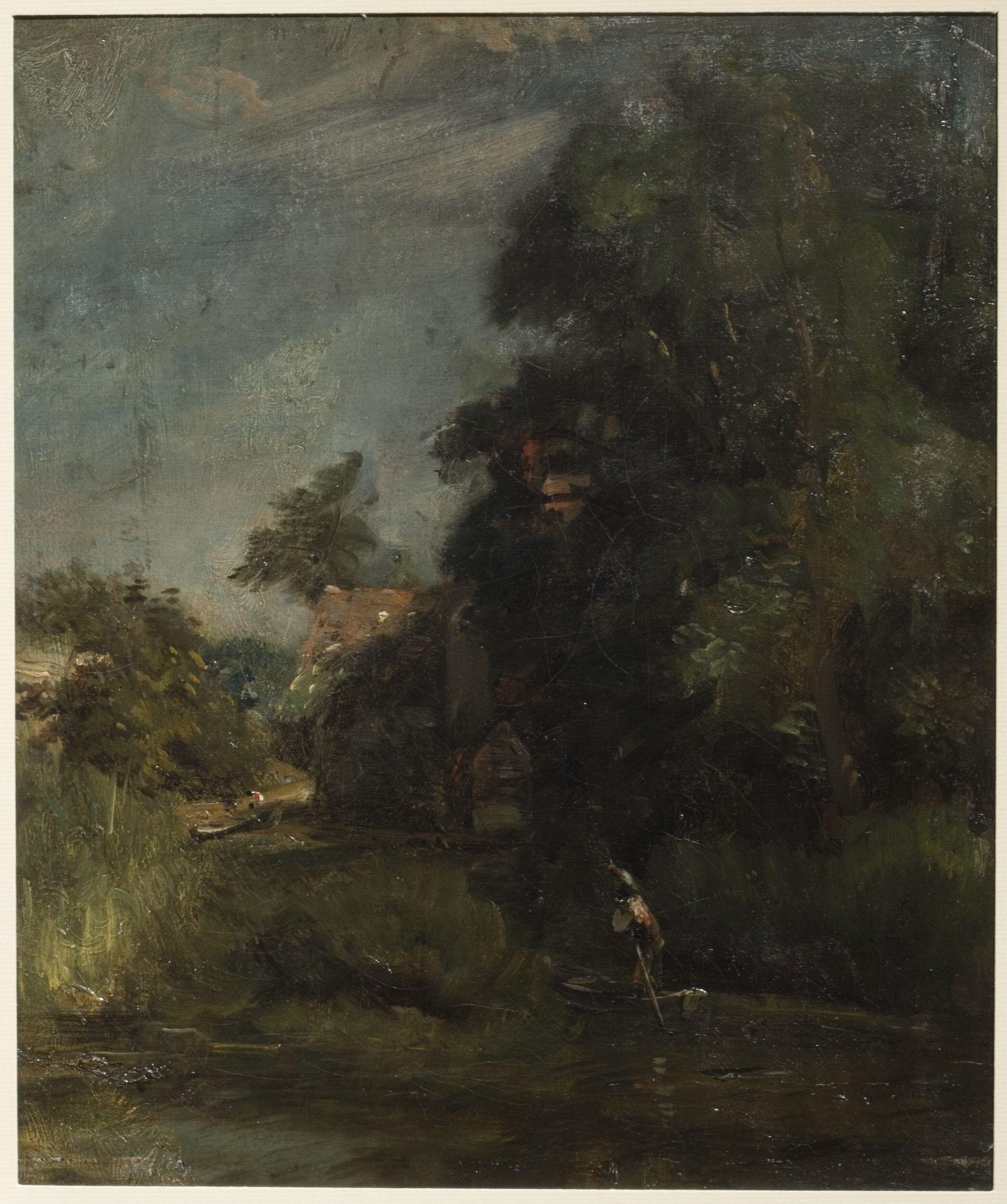 A view of a figure punting a boat, next to a wood at Valley Farm.

Constable only exhibited a single painting at the Royal Academy in this year, ‘Valley Farm’.

The artist was known to produce both pencil and oil sketches in preparation for the final piece, such as this example to ‘Valley Farm’ 1835 Tate

Willy Lott’s House, part of the Valley Farm estate, appears in many of the artist's paintings over the years.  Originally known as Gibeon’s Gate Farm, it was lived in by William Lott (1761-1849) for 88 years.  He only ever spent a single night away from his home during his lifetime.