The Valley of the Stour looking towards East Bergholt

You are here: Home > The Valley of the Stour looking towards East Bergholt 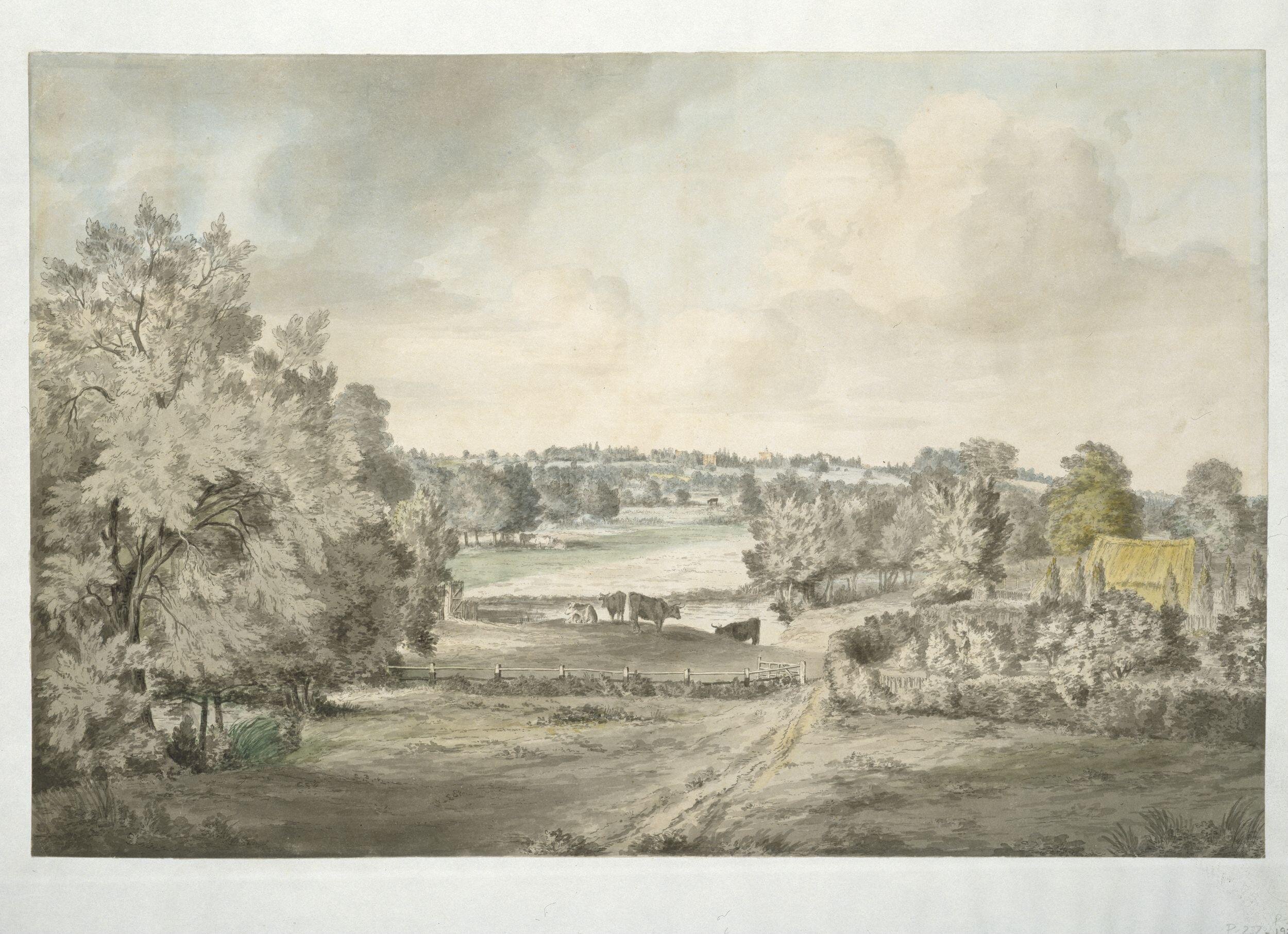 43 The Valley of the Stour looking towards East Bergholt

The Valley of the Stour looking towards East Bergholt

A cottage surrounded by trees on the right with four cows grazing in a field separated by a low fence in the mid foreground. A large bank of trees on the left (the location is approximate).

Constable worked in his father’s corn business when he left school, and in 1799 he persuaded his father to let him pursue a career in art, granting him a small allowance enabling him to enter the Royal Academy Schools as a probationer in 1800. There he attended life classes and anatomical dissections, and studied and copied old masters.

By 1802 he was exhibiting at the Royal Academy in London, the same year that he turned down a teaching position as drawing master at Great Marlow Military College (now Sandhurst).  In a letter to his friend John Dunthorne he spelled out his determination to become a professional landscape painter.

“For the last two years I have been running after pictures, and seeking the truth at second hand... I have not endeavoured to represent nature with the same elevation of mind with which I set out, but have rather tried to make my performances look like the work of other men... There is room enough for a natural painter. The great vice of the present day is bravura, an attempt to do something beyond the truth’

His pencil, pen and watercolour sketches, mostly produced in the open air are valued today for their freshness and vitality in comparison to the highly polished oil paintings executed in the studio.  These show the working processes of John Constable and how he made use of a variety of techniques to achieve different results.

Although the exact location of this pen and watercolour sketch is unknown, it is one of Constable's earliest paintings of this area.