You are here: Home > The White Horse Inn 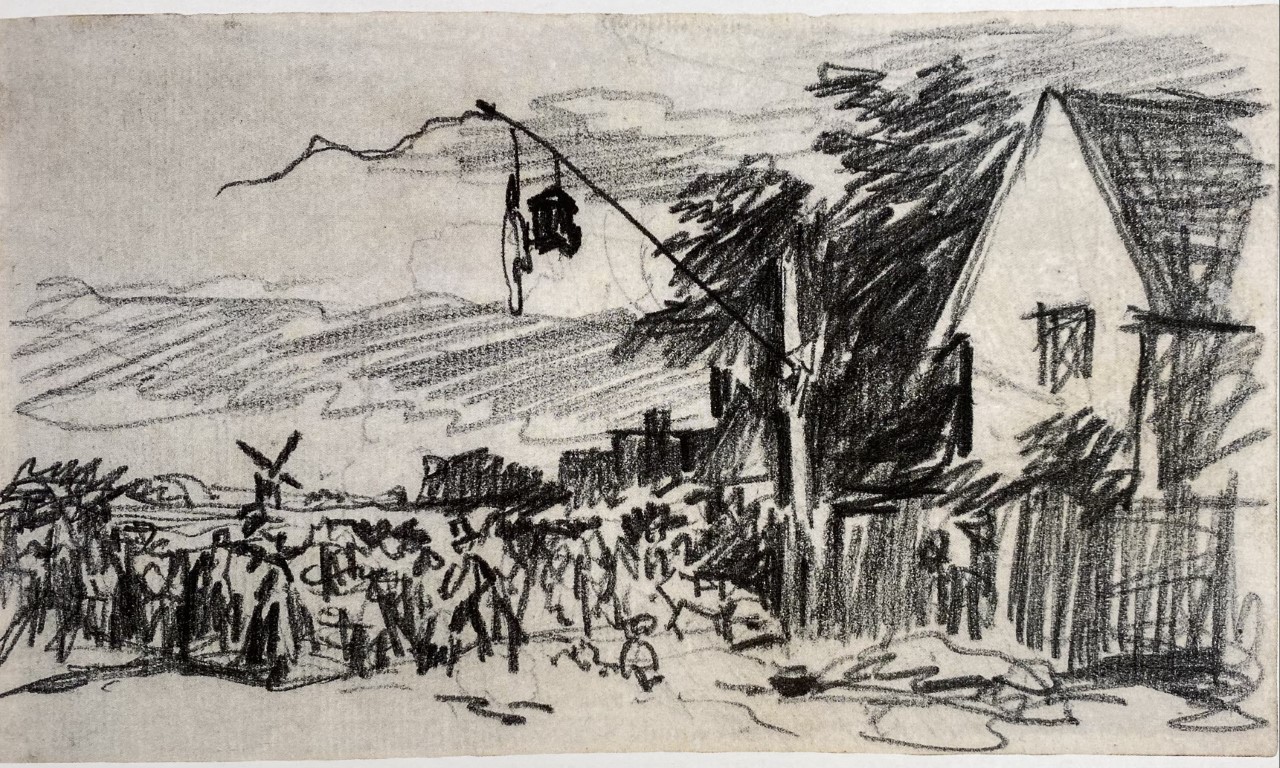 Outside the White Horse Inn, located on the old heath at Baker's End showing the joyous mood of fair week.

This pencil sketch depicting the White Horse Inn was amongst five drawings from sketchbook of 1812.

Three of the sketches are studies of the East Bergholt annual fair, the remaining two are of the White Horse Inn which is today a private residence.

The White Horse Inn was well suited for sporting events given its convenient location on the edge of the heath and the road lead to Golding Constable's mill in the centre of the heath, at the time uncultivated and available to commoners for grazing and recreation.

This scene depicts a crowd of joyous people accumulated outside the Inn in a rather disorderly manner, and the second seems to represent the concluding stages of a donkey race.

Interestingly it is thought the two objects hanging high above the crowd at the end of the pole from the sign of the Inn are a pennant flying in the wind.  At the time it was the custom in many towns and villages to parade around the streets with an enormous wooden or stuffed glove to indicate that the fair was open and traders from outside could legally enter with their merchandise, which may also be the case here.  That said, it is unclear why this display should be at Baker’s End, almost a half mile from the fair itself.