You are here: Home > View of Beaufort Cottage near Golding Constable’s House 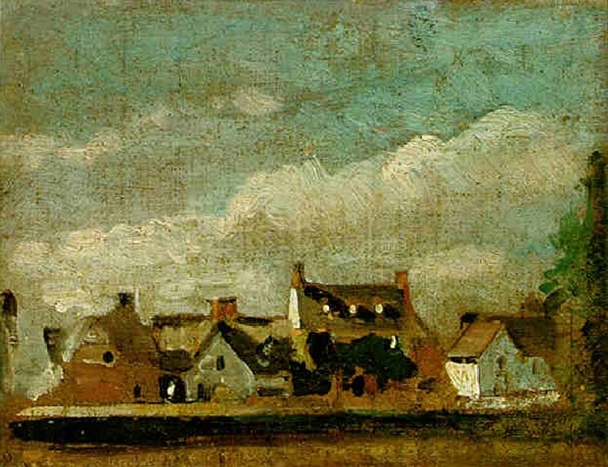 Painted from the grounds of East Bergholt House circa 1811, Beaufort Cottage stands at the edge of the old Village Green and has close links to both 'A Village Fair' and 'Flatford Mill' painted in the same year.

East Bergholt House was built by John Constable's father, Golding Constable, in the 1760’s and was the artist's childhood home.

As a young boy, Constable had spent hours sketching clouds whilst working at the mill owned by his father. He referred to them as his ‘Skying’ sessions, developing his skill which became evident in both his study of clouds series and here where you can see the rapid movements and scratched off layers of quickly applied paint, perhaps showing the succession of thoughts that went through Constable's mind and the creative process of his ideas. 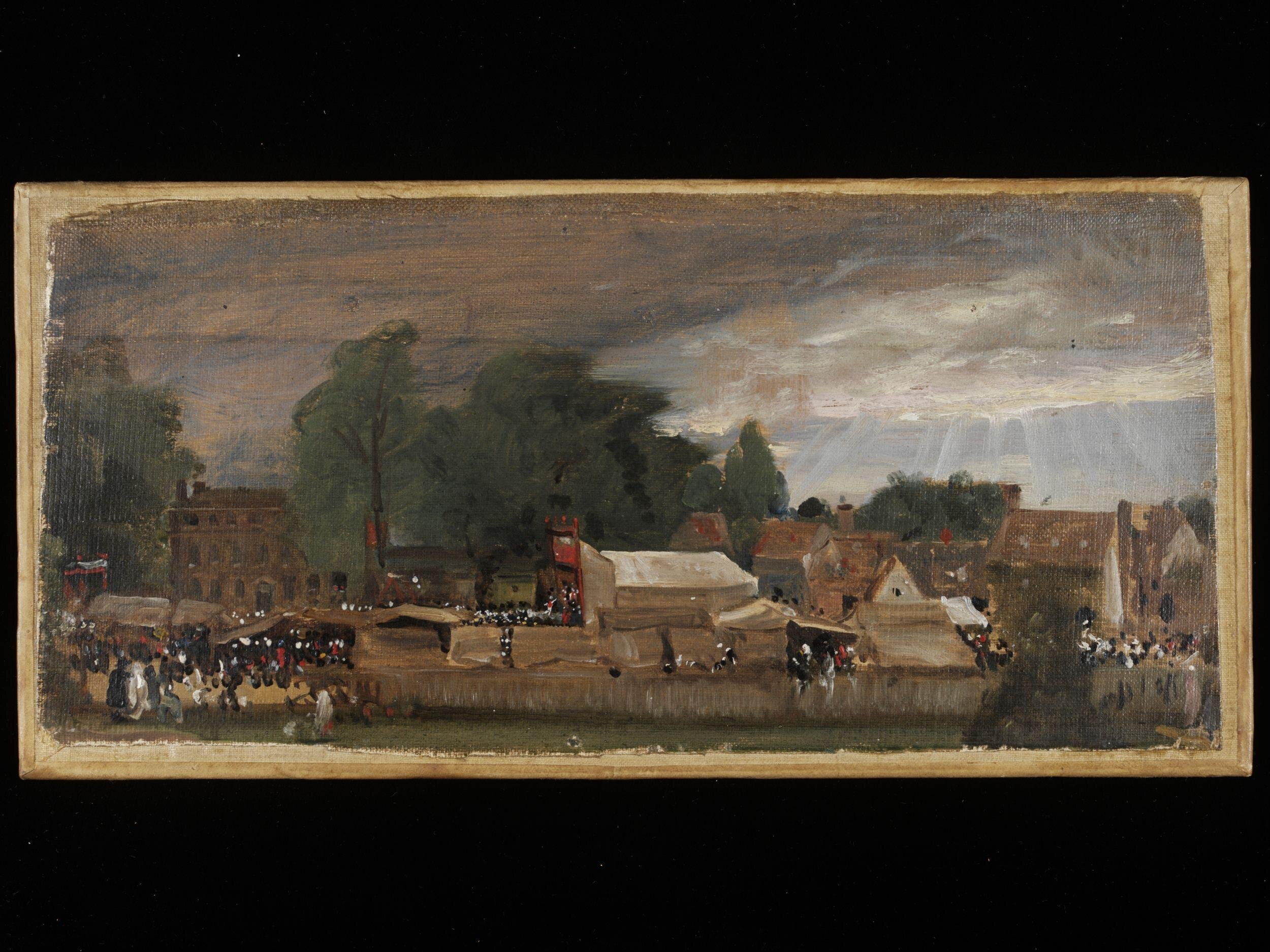 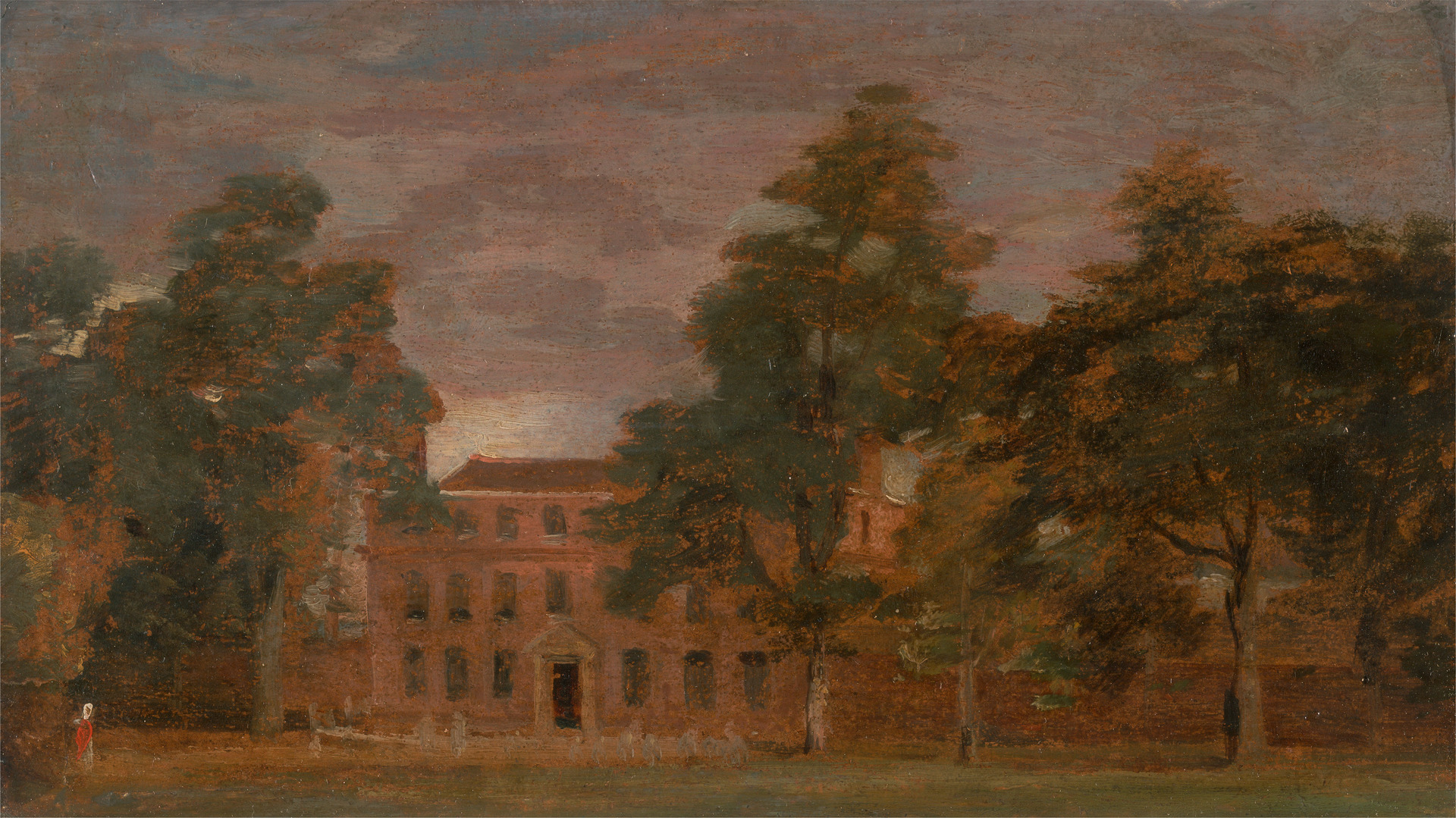