View of the Stour at Dedham

You are here: Home > View of the Stour at Dedham 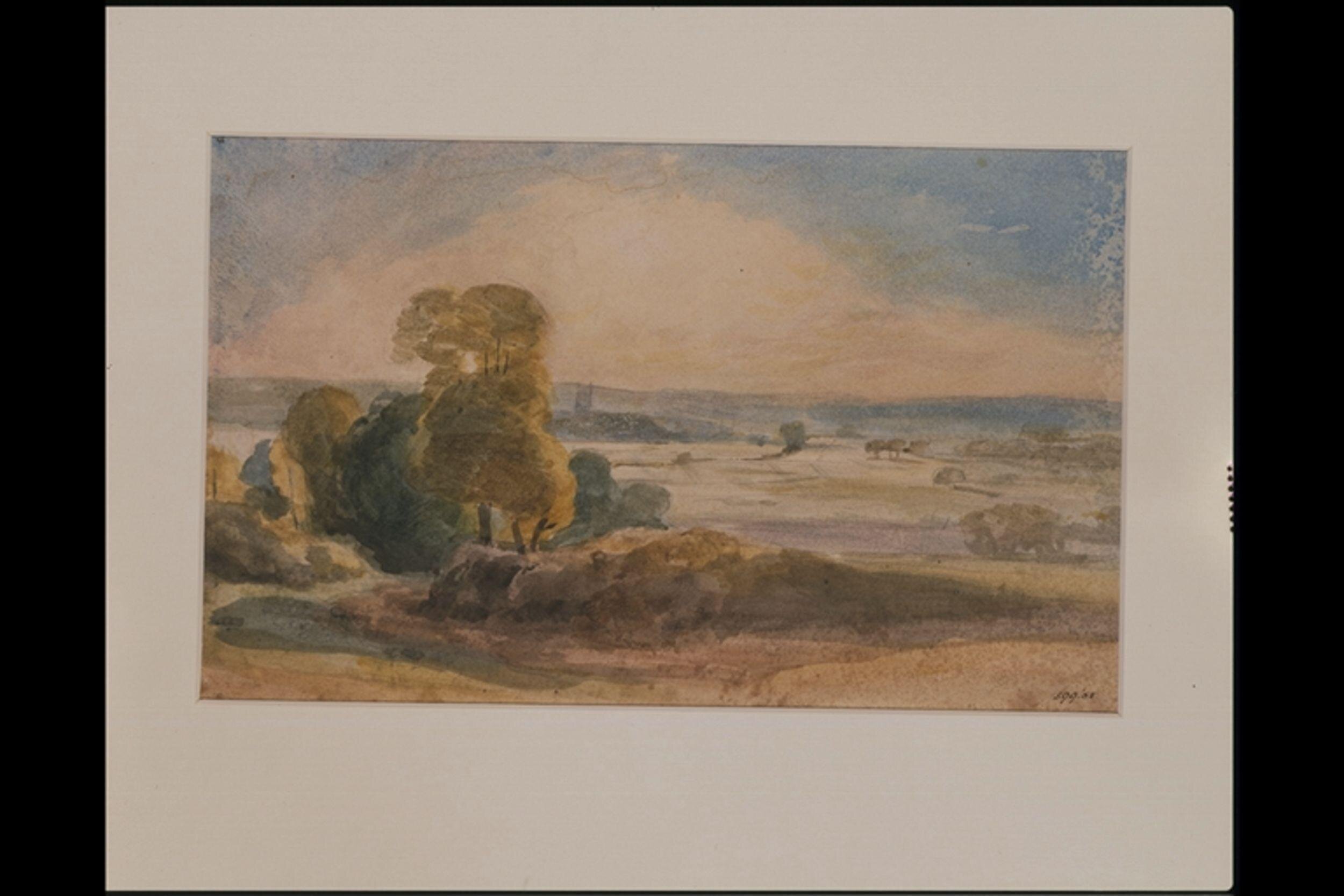 84 The Vale of Dedham

View of the Stour at Dedham

This view of Dedham Vale drawn from the top of Fen Lane, the track Constable had taken each day to the Grammar School in Dedham.

The track leading down the lane and over Fen Bridge and along the Stour Valley, a route that appears to have found some of the subjects now so familiar to us all in his paintings and as which in later years Constable would go on to use this same spot within a few yards for ‘Dedham Vale Morning’ and ‘The Cornfields’

Also in this year Constable exhibited ‘A Landscape’ Moonlight at the Royal Academy and established a pattern of spending his summers painting around East Bergholt then returning to London for the winter.

Unable to find buyers or commissions for his landscape work, Constable turned to portrait work to supplement his income.

*Isabel donated most works she had inherited to the Victoria & Albert museum which consisted of 297 drawings and watercolours, and 92 oil paintings.