You are here: Home > View over Golding Constable’s Gardens 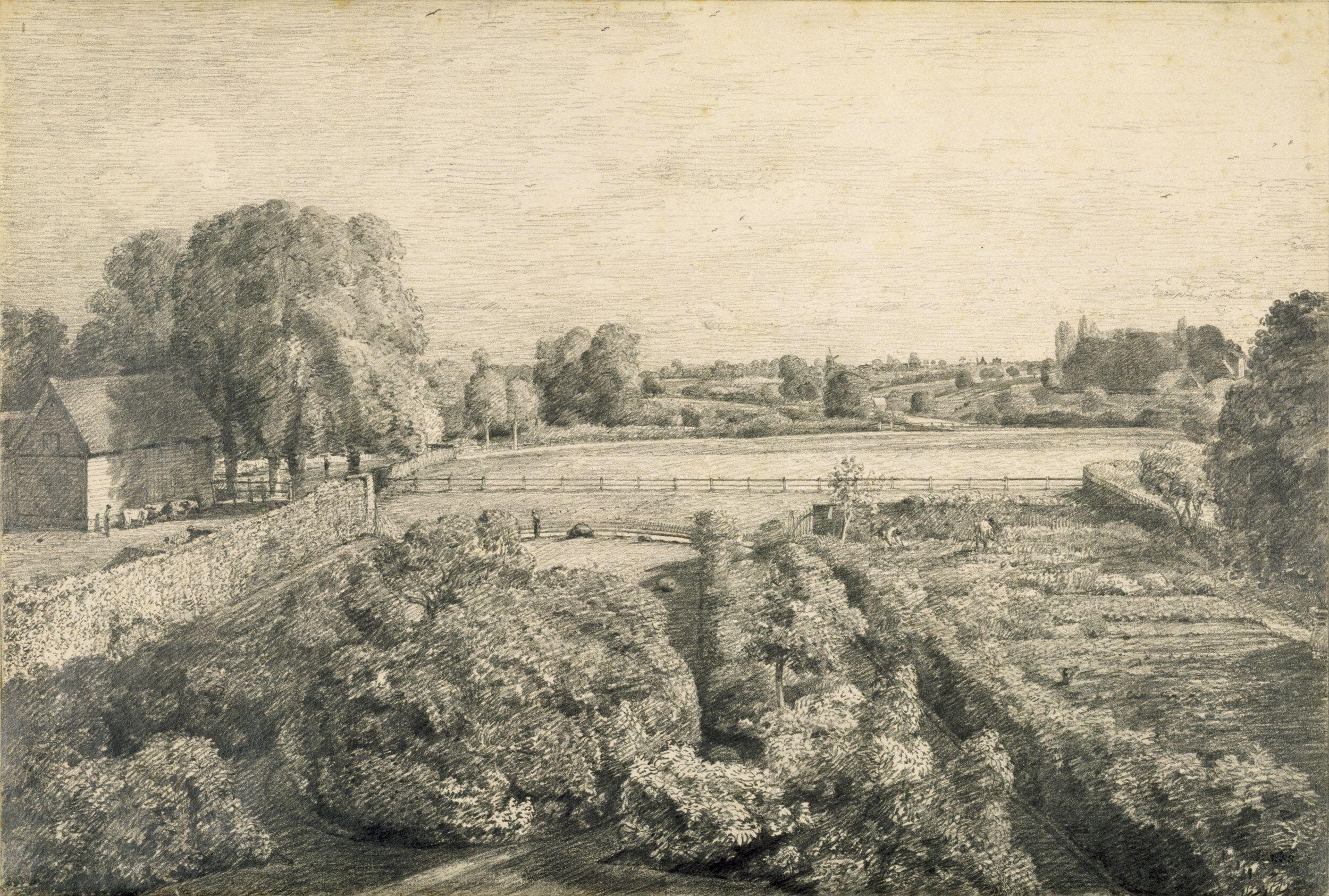 This detailed sketch of the gardens at East Bergholt House, believed to be a pencil study in preparation for ‘Constable Constable's Flower Garden’ 1815

A view from the upstairs window at the back of East Bergholt House, family home to the artist's father and built in the mid 1760s by Golding Constable to accommodate his growing family.

The previous year he had exhibited at the Royal Academy.  The exhibition records that year were meagre as it wasn’t until 1814 and the sale of two landscapes encouraged Constable to continue in the profession he loved.  Practice in portraiture also gave him a fullness of technical ability which he had not previously prosessed, so 1811 had seen the end of one phase of his work, and by 1815 when he went on the exhibit ‘Boat Building’ and ‘Dedham Vale’  marked the beginning of another.