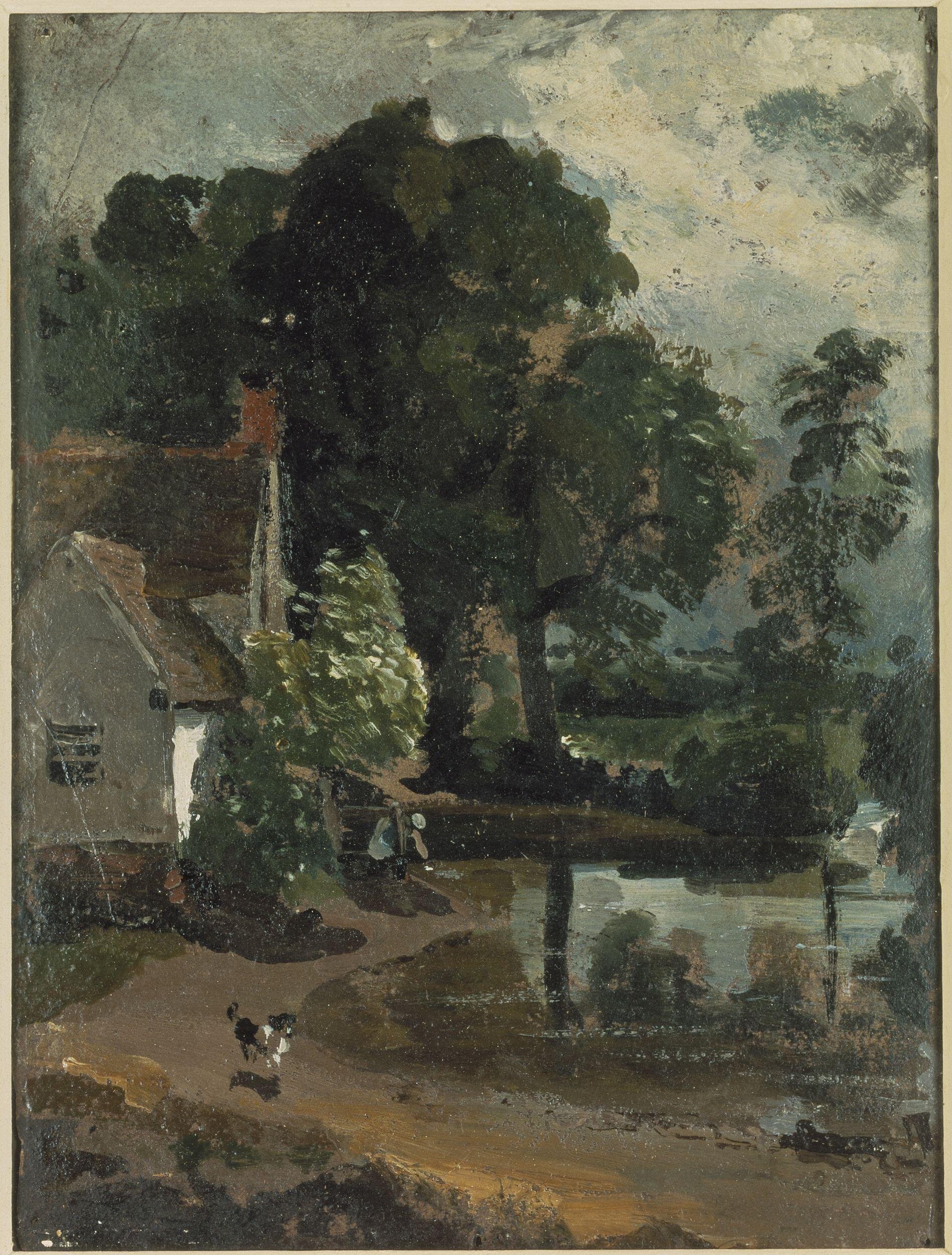 A double sided piece with an alternative view on either side, the most noticeable difference being that of a dog in one and a horse in the other.

In 1811 Constable exhibits at the Royal Academy - ‘Twilight’ and ‘Dedham Vale morning’. However he visited East Bergholt in the spring to pursue permission from Maria Bicknell’s father to write to her from the October, the continuation of a seven year courtship.

It was also the  year that Constable first visited Salisbury in the autumn, and was probably the occasion of his first meeting with John Fisher, Bishop of Salisbury, who became Constable's biggest patron and closest friend.