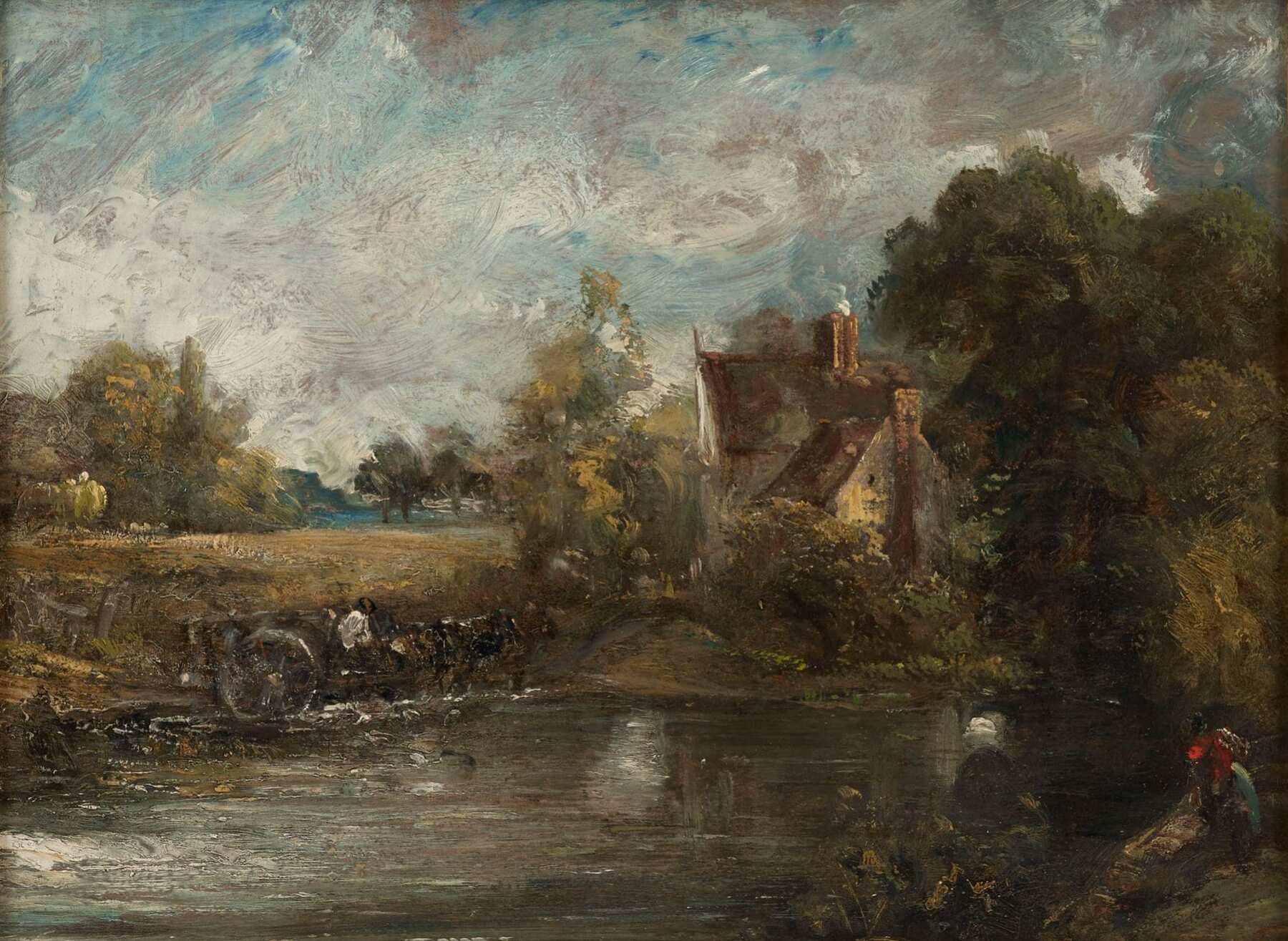 Described as an alternative view to ‘The Haywain’, this compositional sketch became the subject of the BBC 2017 Fake or Fortune programme. Provenance as a genuine John Constable was finally established, but only after it had been on the market twice since 1995, then described as being painted by someone within the ‘circle of Constable’.

Art dealer and now presenter Philip Mould had himself owned this painting twice back in the 80’s and 90’s but unable to prove its provenance sold it on to a Huntingdon business man Henry Reid in 2000 for £35,000 under the description ‘painted in the style of John Constable’ and titled Willy Lott’s House.

With modern day technology of scanning and the fact that so many old records have more recently been digitised, the BBC took on the challenge to prove it was in fact an original John Constable and to trace it back directly to Constable himself.

The same scene was also identified on 2 separate pencil drawings, one held in a museum in Marseille, the other with a private collector here in the UK.  Both overlaid this painting perfectly.

The painting, now deemed to be genuine and authentic, is held in a private collection

1931 – Puttick & Simpson sold it to a Mrs Clarice Emma Smith, the wife of a ship broker, Alfred Harold Smith of Sheffield, Essex.

1930 – Lord Dewar of London who lived in the Savoy until his death in 1930 although he had a home in Sussex.

Lord Dewar was better know as ‘Tommy Whisky Dewar’ who came to London from Scotland and amassed a great wealth selling his ‘Dewars’ Whisky from his family Dewars Distillery. His private art collection also included the ‘Monarch of the Glen’ which he famously used for advertising their whisky.  He got the idea of using art in advertising from his great friend and fellow art collector, Thomas Barratt, Chairman of Pears Soap and from whom he bought this Constable.

1904 Thomas Barratt, Chairman of Pears Soap – he had 7 Constables in his extensive art collection.