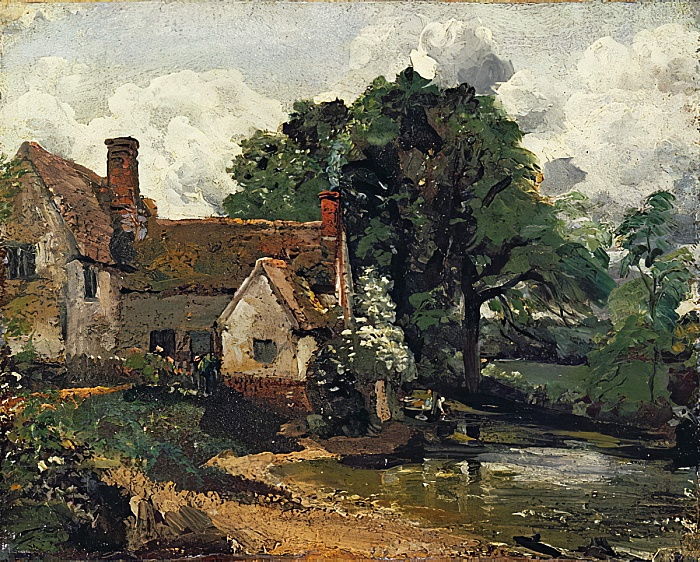 Willy Lott's House from the Mill side.

Willy Lott’s house featured in many of Constable's paintings, the most notable being ‘The Haywain’ 1821.

This sketch is believed to the one seen by Joseph Farington* when he called on Constable in the January of this year to look at ‘Flatford Mill’ and at ‘several painted studies from nature made by him last summer & autumn’ and is unusual in the fact that, unlike other associated studies of the house, it includes the tall chimney.

Interestingly, after Constable's death this piece appears to have been owned by at least three artists, including Thomas Churchyard (1798-1865) whose paintings appear to reflect the influence of Constable.

On view at Christchurch Mansion, Ipswich