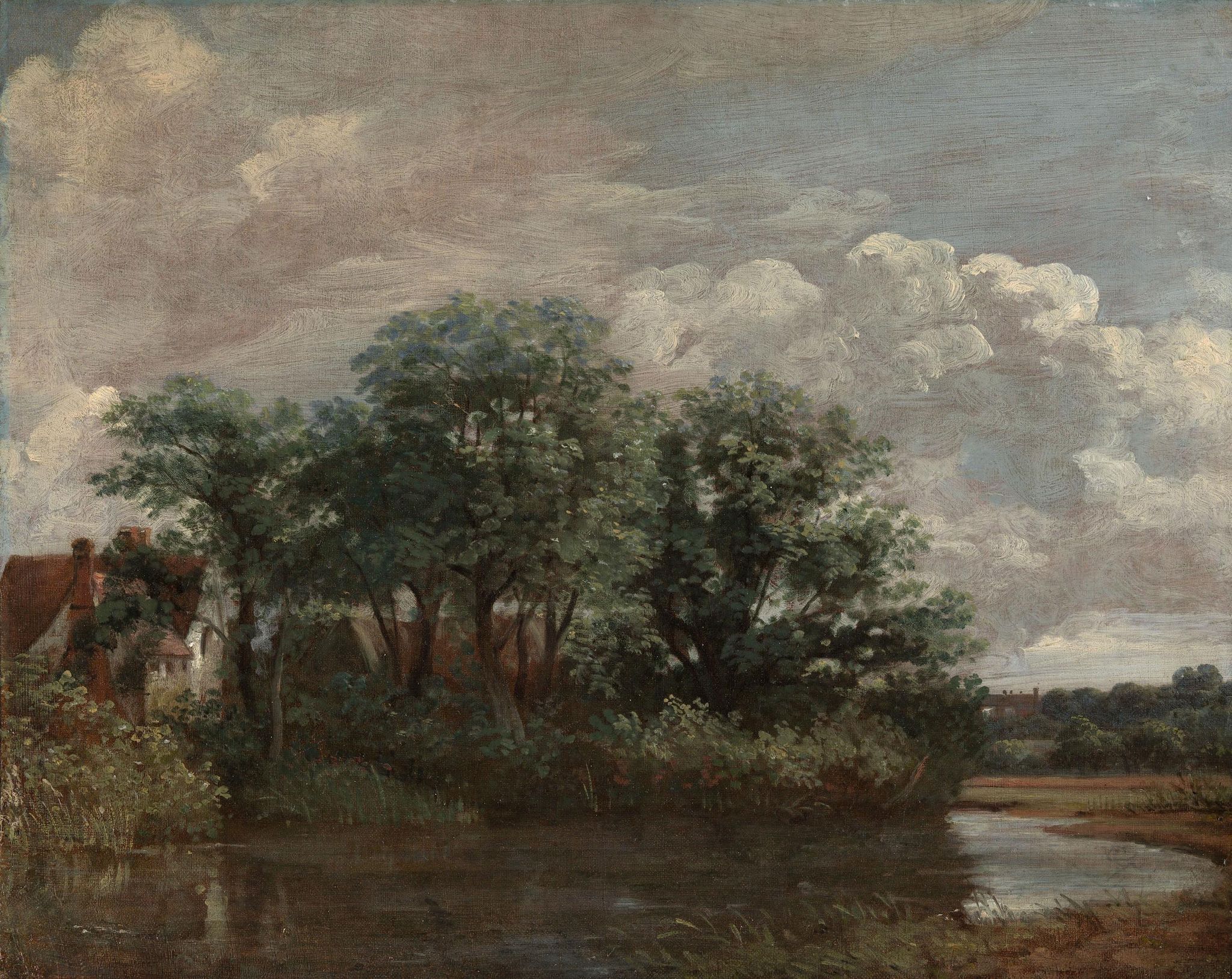 One of the first views of Willy Lott's House, from Constable's studies in the summer and autumn of 1802

Painted in the same style and year as ‘Dedham Vale’, Willy Lott’s House can be seen here from the south bank of the Stour, with a thickly wooded island which separated the mill stream from the river and giving the impression of a central feature.   Through the trees you can see what was probably a storage barn no longer present.

Willy Lott’s House, originally called Gibeon’s Gate Farm, was lived in by Willy Lott (1761-1849) for 88 years, he spent only a single night away from this home.