You are here: Home > Ackworth House

Eva Lucy Harwood, better known as Lucy Harwood. Born in 1893 in Belstead Park in Ipswich into a very wealthy family and shortly after her birth her family moved to Ackworth House, East Bergholt where they lived until the death of her father.

As a child Lucy had outstanding musical ability and planned to become a professional pianist, but due to a failed operation which paralysed her right side she had to abandon her musical ambitions.

After studying fine art, she attended classes at the ‘Slade School for Fine Art’ and showed her talent for drawing.  After the death of her mother in 1938 she moved to Octagon House, Dedham and becoming at the age of 45 one of the first students at the East Anglian School of Drawing and Painting set up by Cedric Morris and Arthur Lett-Haines.

Influenced by the Post-Impressionists she painted landscapes and portrait of her fellow students and well as village neighbours whilst keeping a daily journal.  She also served a formal tea for her friends with buns, bread and jam every Sunday at 4.30

In 1940 the school accidently burned down so they moved to The Pound in Higham and later to Benton End where Lucy bought a house nearby in Upper Layham where she lived until her death.

Regarded as an eccentric, she never married and was able to devote herself to the community and her art, taking great pleasure in seeing her paintings hanging in neighbours cottages.

She became one of the earliest members of the Colchester Art Society, exhibiting ‘ Still Life with Chrysanthemums’ at ‘Layham Landscape’ at the first exhibition in 1946 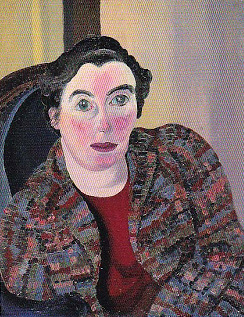 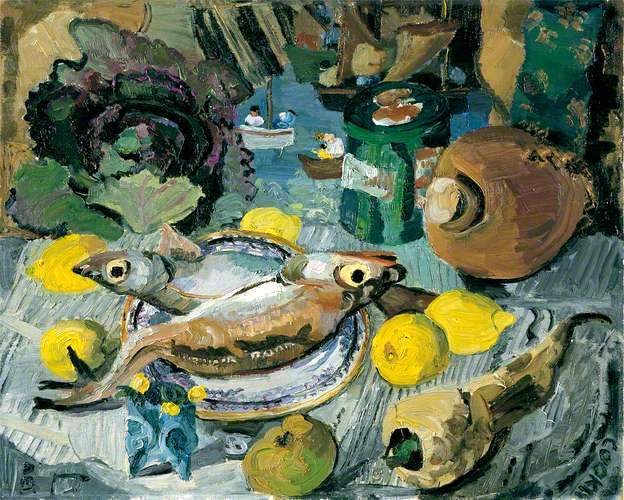 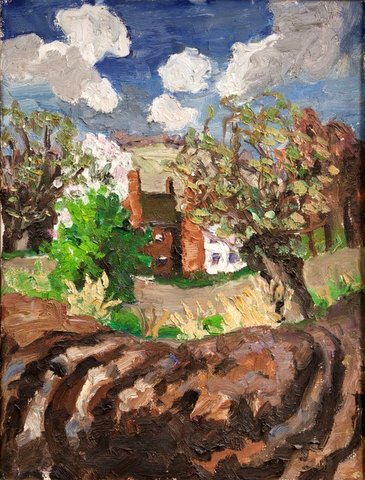