You are here: Home > K6 Telephone Kiosk By The Red Lion Public House 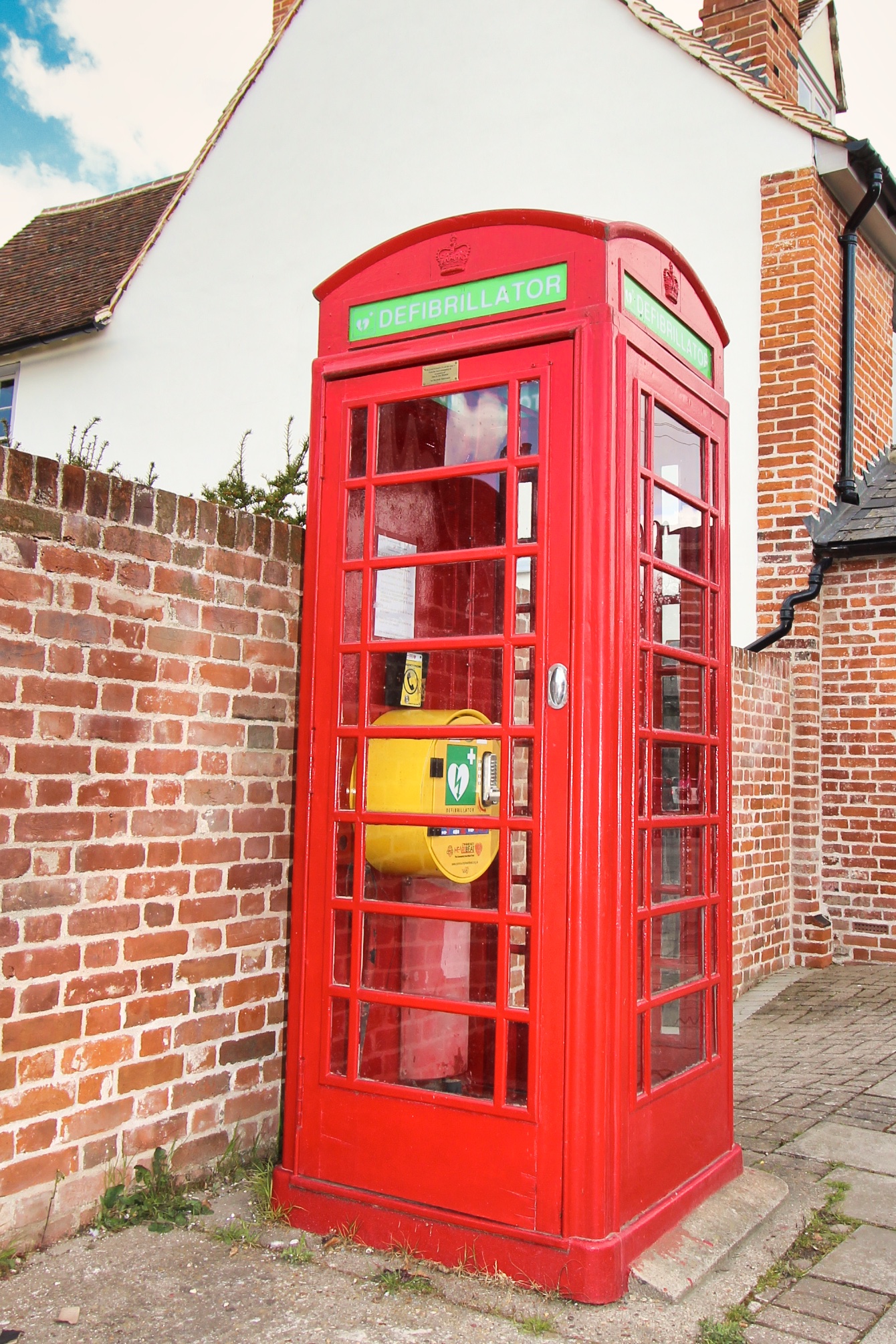 The K6 kiosk is identified as Britain's red Telephone Box; in fact eight kiosk types were introduced by the General Post Office between 1926 and 1983. The K6 was designed by Sir Giles Gilbert Scott to commemorate the Silver Jubilee of the coronation of King George V in 1935. Some 60,000 examples were installed across Britain, which is why the K6 has come to represent the red Telephone Box. Over 11,000 K6s remain and they are the most visible examples of the eight kiosk types.

The K6 kiosk is constructed of cast-iron sections, bolted together, standing on a concrete base. Its general form is a four-sided rectangular box with a domed roof. Three sides of the kiosk are glazed, with eight rows of three panes of glass; a wide central pane of glass and two outer, narrow panes. There is reeded moulding around the window panel corresponding to the dimensions of the door opening, disguising that there is an opening on one side only. The door is of teak, with a metal "cup" handle. For weatherproofing there is a drip cap above the door. The back panel has a blank, moulded panel conforming to the dimensions of the windows, and cable holes either side of the foundry plate at the foot of the kiosk. Above the main body of the kiosk is a plain entablature, set back from the face of the kiosk. The entablature carries a rectangular slot for signage, with trim moulding. Set into the slot is an illuminated telephone sign, with serif capital lettering on opaque glass. Ventilation slots are inserted below the signage slot. The roof of the kiosk is domed, formed by segmental pediments, with a convex-moulded edge. The pediments carry a moulded Royal crown.

The K6 kiosk was commissioned by the General Post Office in 1935 to commemorate the Silver Jubilee of King George V. The design needed to be suitable for universal use, not repeating the mistakes of earlier kiosks. The K2 and K3 were attractive designs but had proved problematic. The K2 was too large and too expensive; the K3 too brittle. The General Post Office turned again to Sir Giles Gilbert Scott, with his triumphant new kiosk appearing in 1936. Some 8,000 kiosks were installed as part of the 'Jubilee Concession', allowing towns and villages with a Post Office to apply for a kiosk. A year later under the 'Tercentenary Concession' celebrating the Post Office's 300th anniversary, a further 1,000 kiosks were installed over 12 years for local authorities paying a five year subscription of £4. In 1939 a more vandal-proof Mk II version was introduced. In 1949 the Royal Fine Arts Commission intervened again, and bowing to pressure allowed rural examples to be painted in different colours. Subsequently kiosks have emerged painted in colours such as green and battleship grey. By 1960 some 60,000 examples existed, but the design was beginning to look old-fashioned. The General Post Office was looking at a modern replacement: the K7.

Between 1936 and 1968 60,000 examples of the K6 were installed. There are around 2,500 listings for the K6 kiosk in Great Britain and Northern Ireland. There are approximately 8,400 non-listed K6 kiosks, giving a total number of surviving K6 kiosks of approximately 11,700 (about 20% of all K6 kiosks). Of the eight kiosk types introduced by the General Post Office, the K6 was the most populous type introduced, and the most populous type in terms of surviving kiosks. The majority of listed kiosks, more than 90%, are K6 variants. 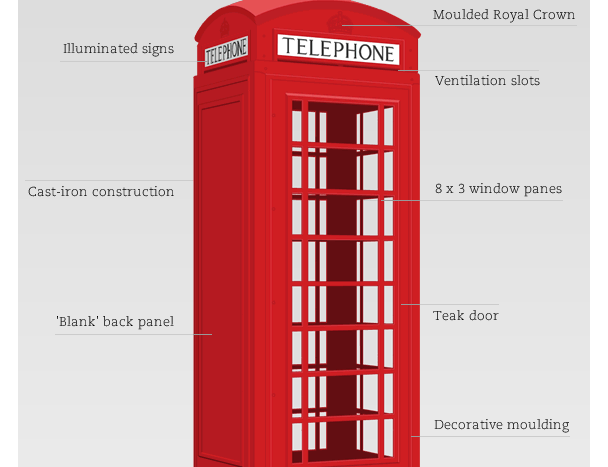