You are here: Home > War Memorial 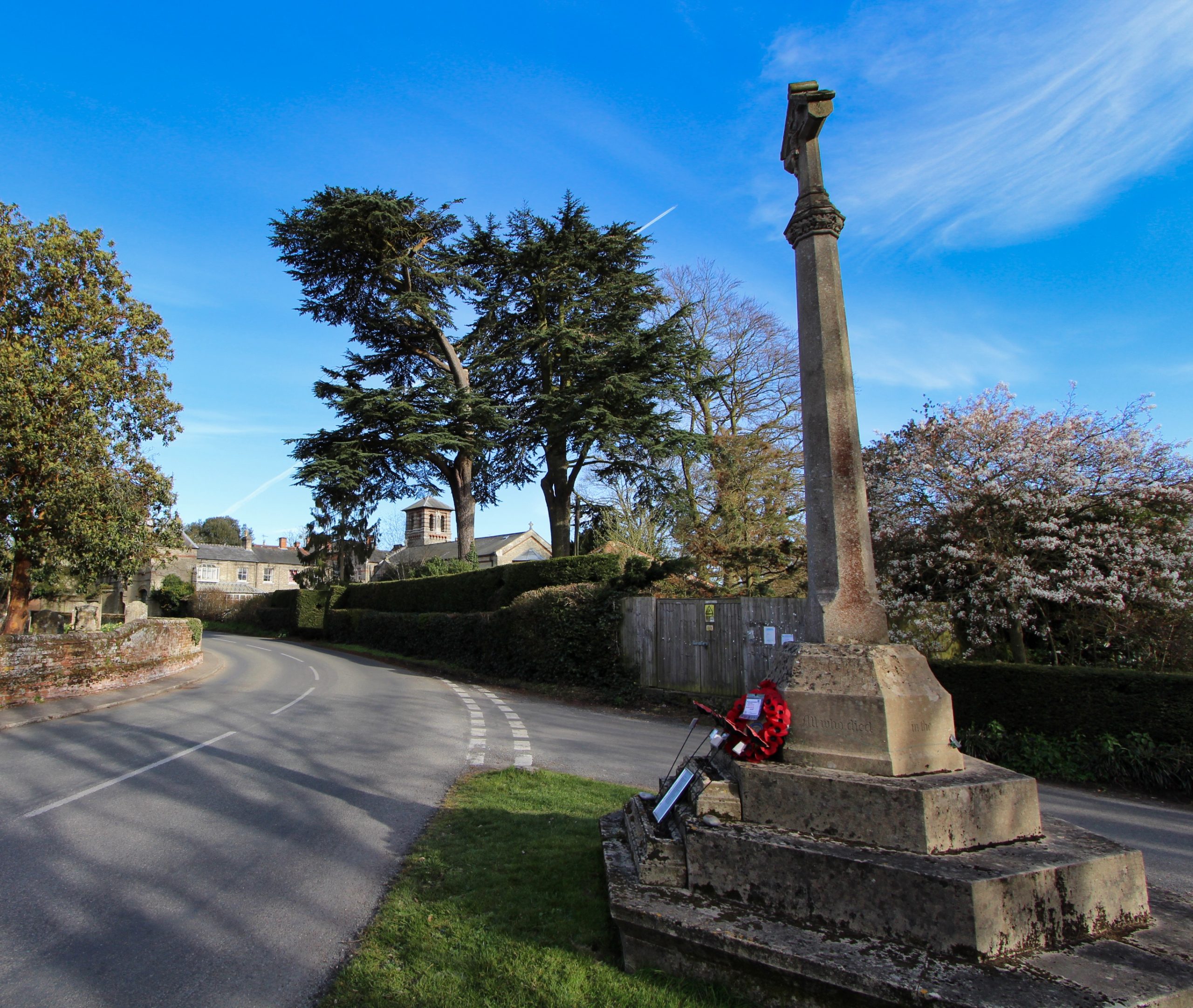 War memorial. 1921. By FC Eden. Clipsham ashlar. In the form of a wayside cross on an octagonal shaft with carved foliage band at the top.

Standing proud on the green opposite the church gate (and an in a similar position to the old village stocks), is the war memorial.

Designed by MR F.C. Eden and unveiled at a ceremony on 17th July 1921, the Memorial is in the form of a stone cross on a three stone plinth. There are no names inscribed on it, It cost £37 and was built by Mr EE Saunders builders, sponsored by a Miss Calvert.

Inside St Marys Church you will find a large Portland Stone memorial which lists 65 names for World War 1, and a further plaque for those who died in World Ware 2 which lists 13 names and was unveiled in 1948.

War memorial. 1921. By FC Eden. Clipsham ashlar. The memorial is in the form of a wayside cross with a small gabled crucifix supported on an octagonal shaft with carved foliage band at the top. The shaft rises from a stepped base and pedestal on which there are inscriptions to those who died in both World Wars. Forms a group with the Church of St. Mary the Virgin (qv).