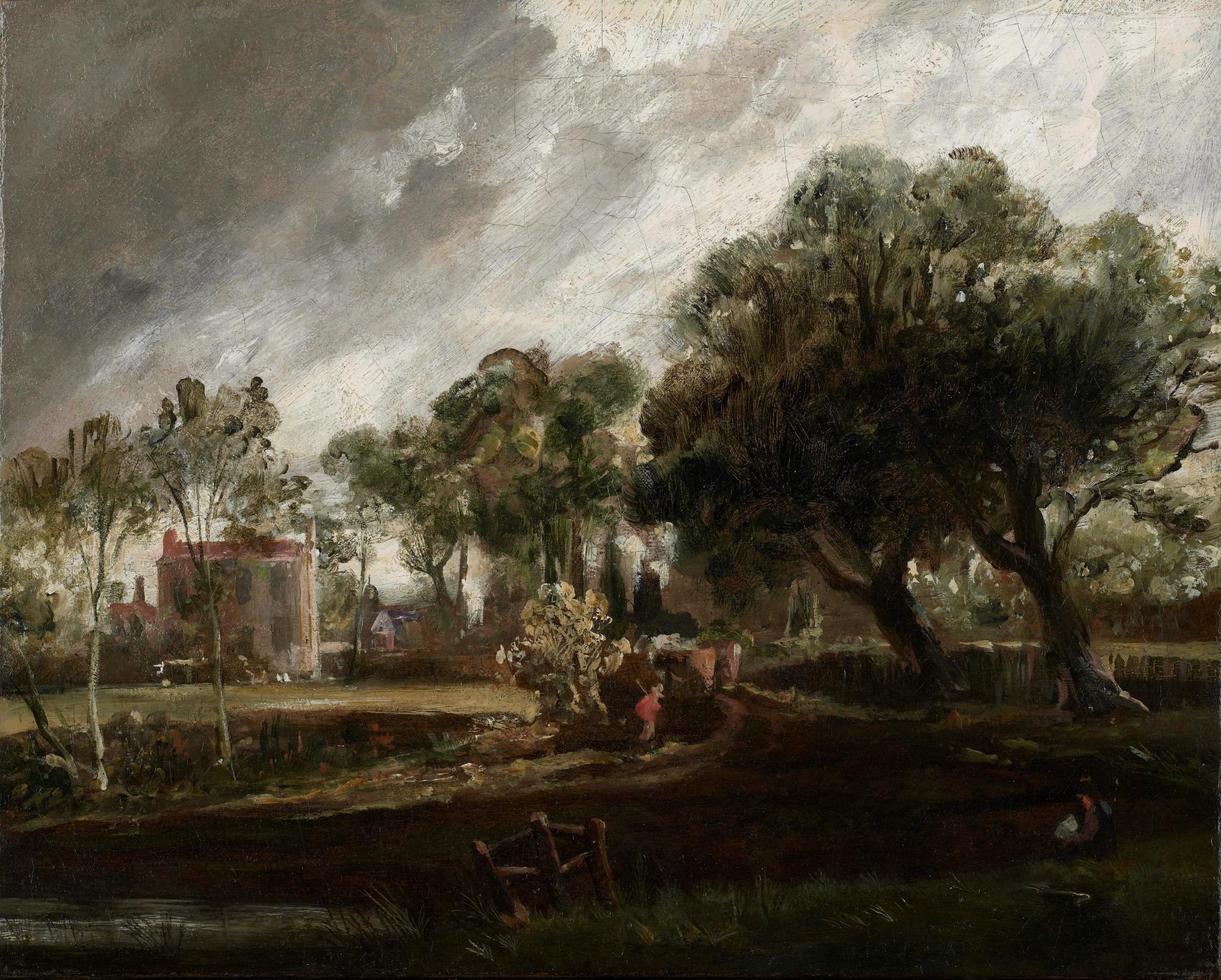 All that remains is that of the Coach House, Laundry and stable block, known today as The Court (private residence)

The first member of the Constable family to be associated with our village was Abram Constable who acquired Flatford Mill in 1742, however as he died a childless man in 1765 the mill was passed to his nephew Golding, the artists father.

Golding ran Flatford Mill and the flour milling business, and also operated Dedham Mill,  the windmill on the heath, 93 acres of agricultural land in East Bergholt which he farmed, and two sail driven Thames vessels (called sloops), which operated from Mistley to London.

With his growing family, Golding built a manor house in the village, East Bergholt House, which was completed in 1774, and where which the artist was born, forth of six children, Golding and Ann Constables second son.

The Constables were prosperous, and as their eldest son had a disability that prevented him from taking over the family business, expected John to join the family firm on leaving school, and although John did for a number of years after leaving school work in the mills at both Flatford and in the Windmill on the heath, he showed little interest. So, when Golding’s younger son Abram expressed an interest in running his father’s business, Golding agreed to fund John’s studies at the Royal Academy school.

Golding Constable died in 1816 and is buried in St Marys Churchyard and with the inheritance John had sufficient prospects to Marry Maria Bicknell, the granddaughter The Reverend Dr Durand Rhudde, in London the same year.

The artists brother Abram described the house in some details in a draft advertisement for its sale after Golding’s death.

‘To be sold in the delightful pleasant village of East Bergholt, a Capital Brick Mansion Freehold, with about 37 Acres of Land, pasture an arable in excellent condition, communicating with excellent roads- The Mansion consists of 4 very good rooms & spacious entrance hall on the ground floor, 4 excellent Sleeping Rooms, with light closets & spacious landing on the second floor, & the Same 4 exceeding, good atticks, most capital cellars & offices, Brick Stables & Coach house, & every convenience that can be thought of.

The house was sold to a family friend, Walter Clerk of East Bergholt in March 1819. Clerk died on 26 October 1839 and by the following summer the house had fallen into disrepair and was pulled down soon after C1840.

In 1841 Edward Cook, estate agent of Stratford St Mary, sold the site to Edward Godfrey of Old Hall. The deed of transfer, dated 25 November that year, refers to ‘the Mansion-house late of the said Walter Clerk and since of the said Edward Cook but now pulled down and wasted’. The document includes a plan which showed only the stable block and one other outbuilding still standing as well as the long wall which separated the stables from the flower garden, along with the railings and gate posts.

John Constable painted scenes of Golding’s East Bergholt House and of its views on numerous occasions.