You are here: Home > Fen Bridge 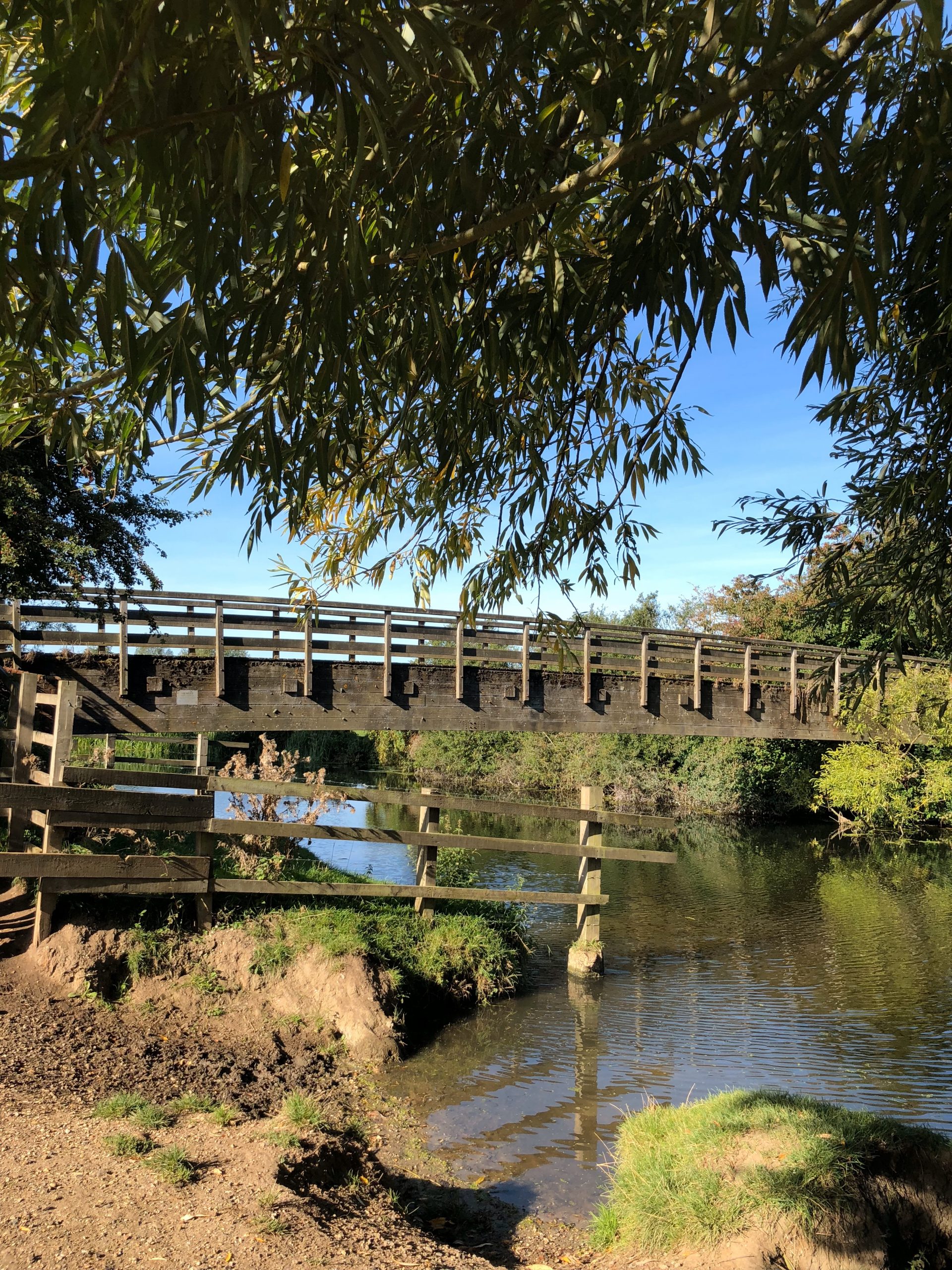 A wooden arch bridge across the river Stour in Suffolk on a footpath leading from the town of East Bergholt to the little hamlet of Flatford.

John Constable’s journey to school took him each day along Fen Lane and over Fenbridge that was apparently the favourite part of his journey, so much so that and he used both Fen Lane and Fen Bridge in many of his paintings between 1809-1817.

For many years the bridge has proved a popular route and excellent link from East Bergholt to Dedham.

In 1927 plans were considered to demolish both Flatford Bridge and Fen Bridge and replace them with more modern structures, fortunately this proposal was overturned by local objections.

Sadly the original bridge collapsed in the 1930’s and wasn’t replaced until 1985 at a cost of £14000 when the new and existing bridge had to be flown in by RAF Chinook helicopter because of the lack of road access.  Apparently the arrival of the helicopter landing on the snow covered meadows caused a stir with many villagers turned out to watch.

Located on the southern end of the bridge, east side, a plaque reads: "FEN BRlDGE  was opened 7th December l985 by: Mrs. Mary Wheeler, past Chairman of the Dedham Vale Joint Advisory Committee"

The bridge has bee temporarily closed by Suffolk Highways back in June following safety concerns and was previously planned to reopen in December of this year. It is not expected to reopen until Dec 2021

The bridge is the responsibility of Suffolk County Council which acknowledges the financial support of: Countryside Commission,  Babergh District Council, East Bergholt Parish Council, the East Bergholt Society, and the Dedham Vale Society. 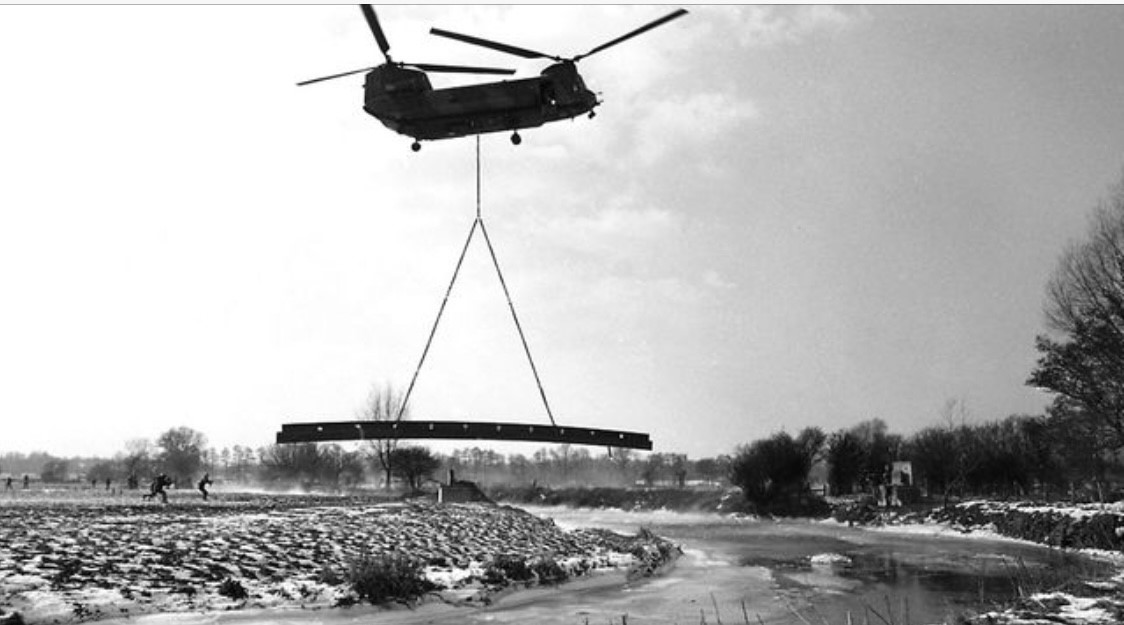 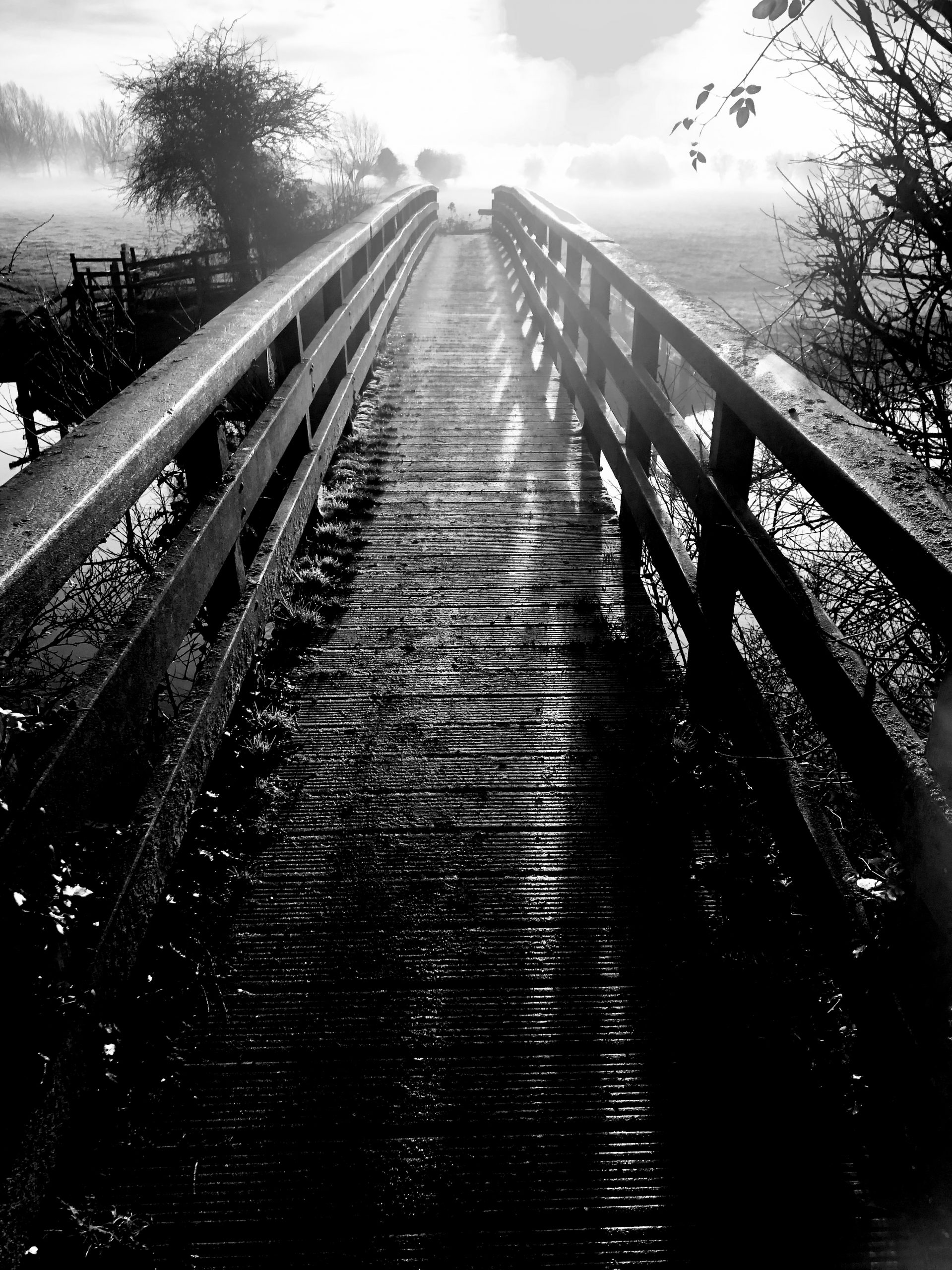 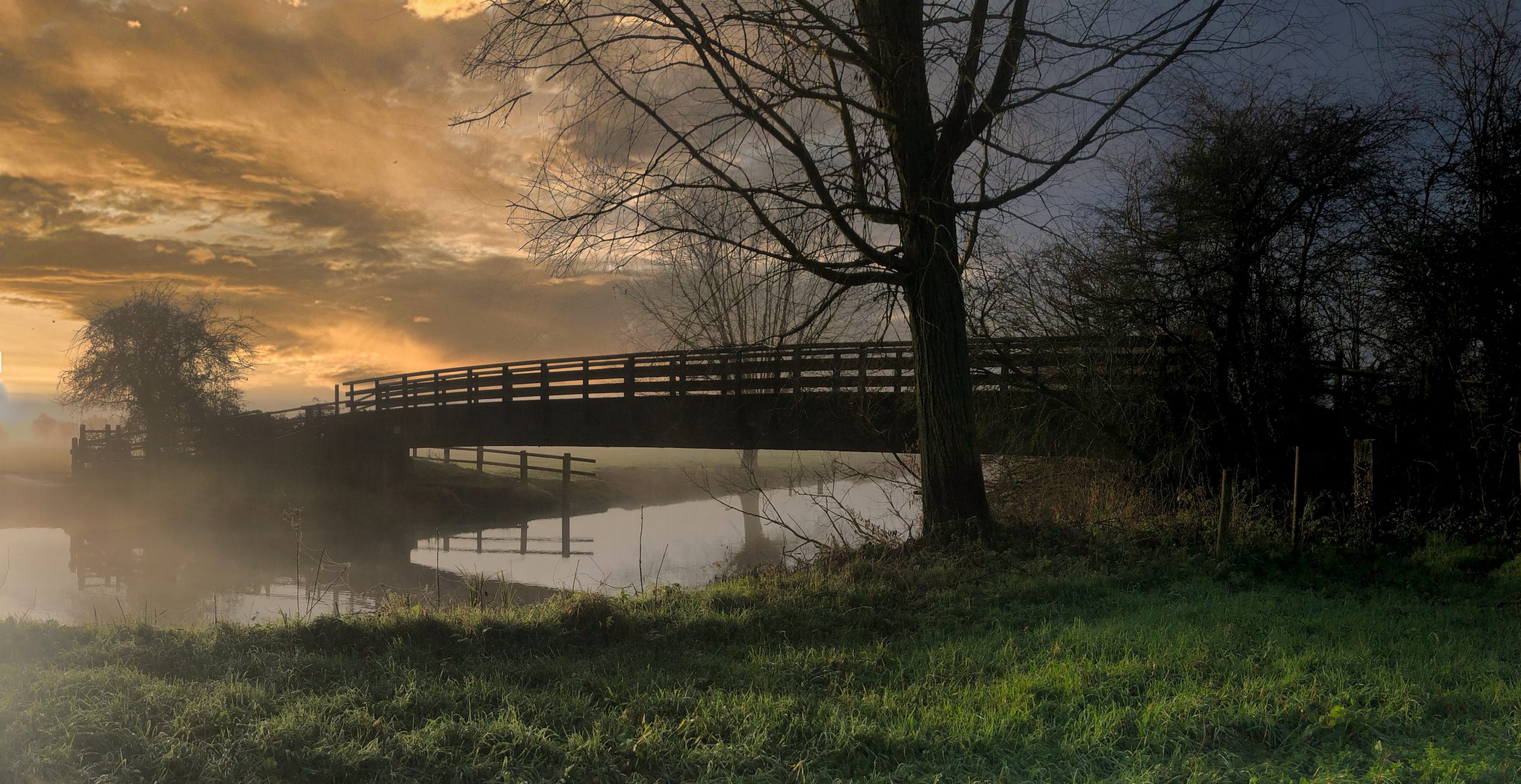