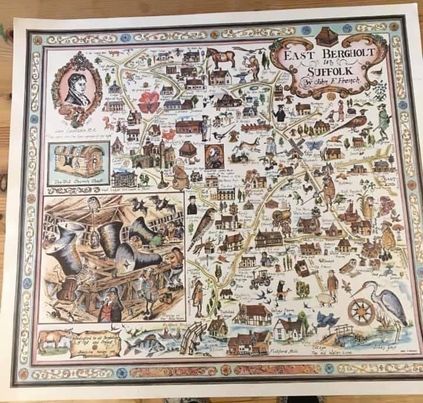 East Bergholt has seen a host of artists over the years, the most obvious John Constable, but we have also seen John Dunthorne (Junior and senior), Edward Ardizzoni, Nick Butterworth, Lucy Harwood, and of course John French.

The name John French is well known in the village, he was a prominent artist and his work, especially his maps of East Bergholt, Dedham, Lavenham and Manningtree are rare and popular. (and took 18 months each to complete)

John Frederick French born in Spring Lane East Bergholt 16th July 1925, the youngest of 3 children. He went Burnt Oak school and in the summer loved diving off Flatford Bridge and swimming at Judas Gap which apparently in those days the water was crystal clear. He served in the navy before returning home to work at Lawford Place.

John French met Betty Smith after Betty moved to East Bergholt with her parents John and Ruby Smith just after the war when Betty was just 16 as her parents took over the Red Lion Pub.

Betty’s father John Smith was a keen but amateur painter himself, and as John French had always wanted to attend art school, so he hadn’t taken up painting until John Smith gave him an easel and paints and he never looked back.

They married at St Marys Church in the village 1953 and had 2 daughters Ann and Venessa and built their own home and which they named after the area which it sat on the old heath at ‘Bakers End’.

A self taught artist with a great passion for life and a strong sense of humour, and was never happier than when he had an audience for his tales when the street was so quiet all you could hear was the tapping of Walter Bloom repairing his bicycles in ‘Hatters’,  and for many happy hours spent walking down Dazeley Lane to his beloved marshes.

Interestingly John French’s great grandfather James Ramsey ran the Carriers in the 1880’s and then moved on to the Hare & Hounds, and given Betty herself over the years worked at both the Red Lion and The Dickie, both he and Betty had great connections over the years to the village.

In 2019 Betty celebrated her  90th birthday back at the Lion Brasserie, where she had pulled pints for so many years, please see HERE for the link to the article in the East Anglian Daily Times.

In the 2020 lockdown, the John French memorial bench at the Church appeared in The Times newspaper following the antics of 2 local schnauzers Mister Noodles and Wilfred Humphrey who ran a ‘2 meters apart campaign. 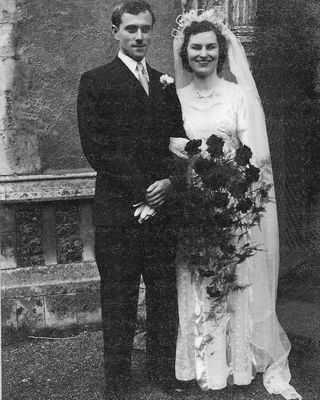 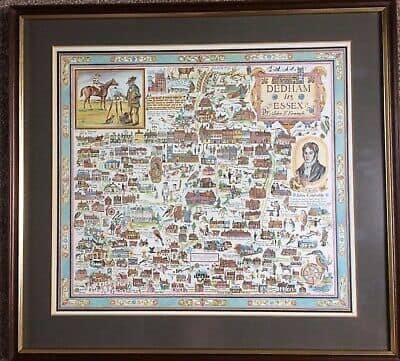 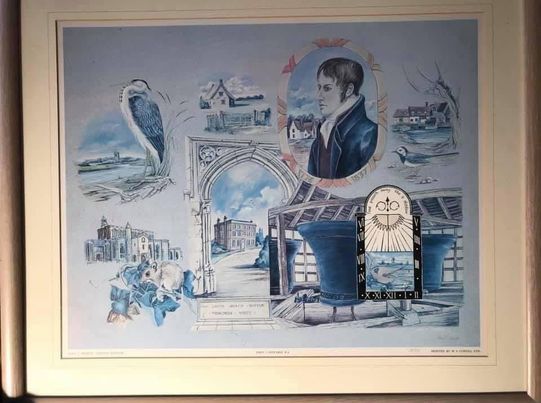 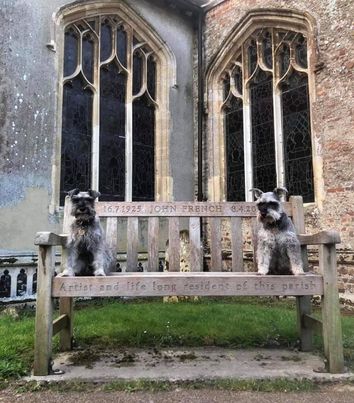