You are here: Home > lost Pubs of East Bergholt 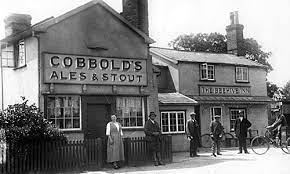 Interestingly we have found a number of different references to ‘Lost pubs of East Bergholt’, a number of names we recognise, some we don’t, but rumour has it that there were as many as 14 at one point, albeit a number of them probably front room beer houses, but apart from the current pubs The Hare & Hounds, The Royal Oak (The Dickie), The Carriers & The Lion, we have reference also to a number of others:

In 1874 The Ipswich Journal published a really interesting article from their archives mentioning 4 pubs, but no specific names, however it read:

‘In 1651. The townsfolk met at the house of John Neave, and made the following regulations about their public-houses. It is agreed that there shall be but foure houses licensed for drawings of beere, two in the Streete, one at Gaston’s end and the other being the fourth at Bakers end’

In 1869, Post office directory listed amongst 9 beer houses in the parish, as did a separate article of the same year in The Chronicle.

By 1840 we found reference to The Ship (possibly down Dazeley’s lane), The Bear, The Eagle, The Three Cups, and The Pig & Whistle, but these were probably front room beer houses at the time.

By 1843 both The Beehive gets a mention and in 1869 The Red Lion (previously The Fountain), as does The Kings Head, the Carriers, The Hare & Hounds, and The Kicking Donkey beer house (The Dickie)

We found reference to The Welcome Soldier by the mid 1800’s - Located on the Manningtree Road we don’t know for how many years this operated as a beer house as only found reference to 2 landlords. The First, Gemma Clark (Innkeeper) and when she died in 1872 it was transferred to her brother in law. By 1880 the pub was auctioned off for £260 so presumably it continued operating after that date, however Wheelers took over the site.

One local (Norman) remembers helping pulling down the old buildings for Wheelers when he first started work. He also recalls a chap called Erne Lucas living in one of the houses and another called Sixer (Sixer could tie his moustache in a bow around the back of his head!)

The site of The Welcome Soldier is now Cordwinders.

If we collate all this information from official records and newspaper articles, this is what we can deduce:

If you have any additional information or photographs then please do get in touch. 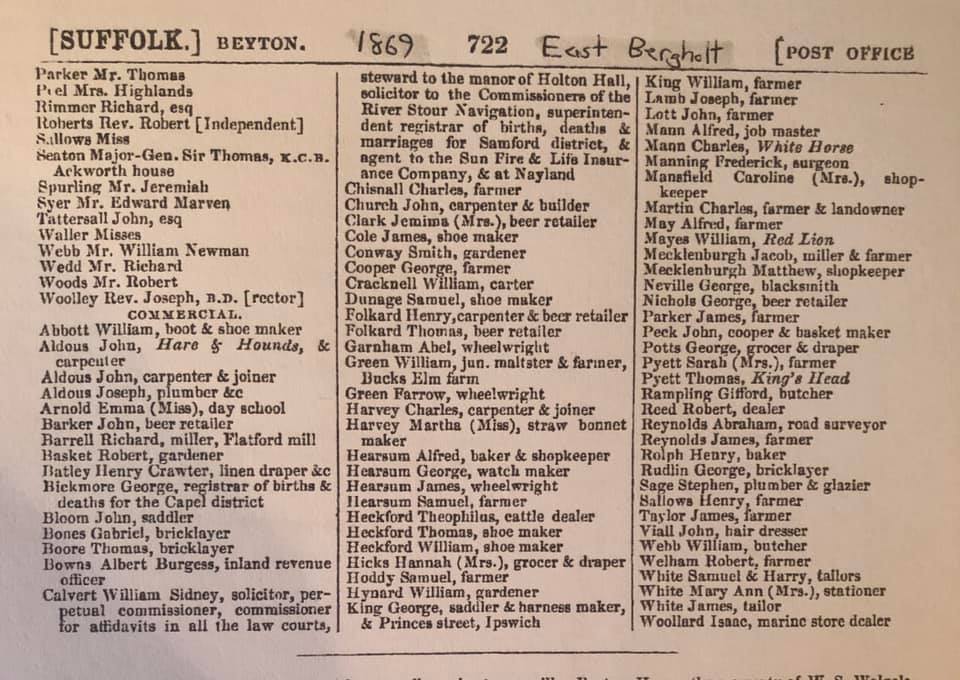 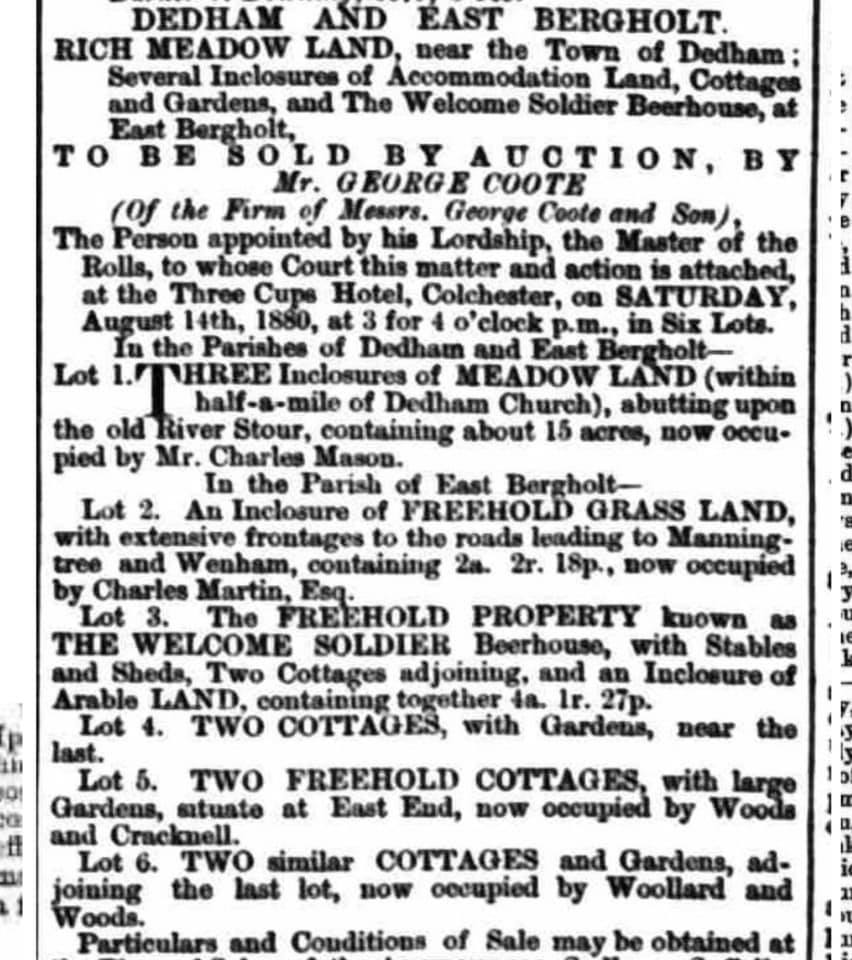